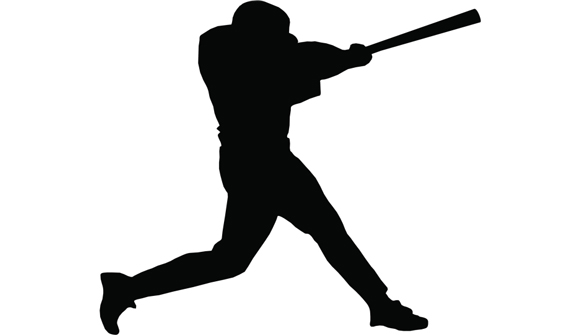 From the Washington Post, we learn that "January job gains have economists rethinking outlooks."

Oh, really? Last I looked, the bear leg of the larger business cycle was still in full effect. Nothing's changed in other words, since 2001 – or more pertinently 2008, when according to our elvish analysis the fiat-dollar economy, worldwide, collapsed.

How do we know it collapsed? Well, various central banks have committed possibly more than US$50 trillion since then to propping up various financial facilities. That doesn't sound very healthy, does it? Say, you go ask for a US$50 trillion loan (if you can figure out where to apply) and see whether you get it.

More on this in a minute. The idea of an up-trending of the US economy is nothing more than a bald-faced lie, the most devious kind of propaganda.

An unexpectedly rosy jobs report set off a chain reaction Friday, upending economists' gloomy predictions for the coming year, leading to a surge on Wall Street and potentially boggling the political calculus of the 2012 presidential campaigns.

The surprise — that the unemployment rate had dipped for the fifth straight month, to 8.3 percent — was first reflected in the stock market, where the Dow Jones industrial average soared to its highest mark since the beginning of the financial crisis. The tech-heavy Nasdaq, meanwhile, hit an 11-year high.

By noon, President Obama, whose reelection chances have been threatened by the nation's economic woes, seized on the figures as proof that the recovery from the recession "is speeding up."

They should convince us (along with numerous previous articles of late on the same theme) that there is a mysterious, organizing force behind Obama that has thrown its weight behind his election. Call it Money Power. Call it the power elite. Obama is its chosen receptacle. They may stop at nothing to gain his reelection.

And even among horrible presidents, he's truly a horror. Bush was a horrible warmonger and statist. Obama is perhaps even a bit less tolerable because of his sanctimoniousness. He doesn't have any principals (none of them do) but he surely believes in "Obama."

Of course it really doesn't matter. They are nothing but employees at this point, though before the Civil War they were perhaps something else. Some of them anyway. He's the latest chosen one, but chosen the way a promising employee is chosen.

Why is Barack Obama the chosen one? Who knows? The obvious answers for those who study conspiratorial – or directed – history is that Obama has Anglosphere Intel connections. His father and mother both supposedly worked for the CIA, or so its been reported at length in the alternative media.

This would explain one reason why Obama's records – even apparently including his kindergarten records – remain sealed. The release of too much data would likely make Obama's connections to the powers-that-be obvious and intimate.

And who are these shadowy powers-that-be? Why, they're what we call the Anglosphere power elite, a group of families initially located in the City of London for the most part that controls central banking around the world.

In aggregate, the power elite consists of these families (one in particular, from what we can tell) plus various enablers and associates in the religious, military and corporate worlds.

It is this small and inconceivably wealthy group that is driving everyone else – seven billion people – toward a New World Order that will resemble a feudal system in which a few will live in mile-long Keeps and the rest will serve in various serf-like capacities.

The ideal carrying weight of the world is around 500 million, according to these elites. We know this from the Georgia Guidestones. These strange, prophetic carvings state clearly how many people should reside on the planet.

The Georgia Guidestones are part of a larger elite "signaling" compulsion. Some believe that this is religious in nature and that the elites in aggregate worship the "Illuminated One."

But there is a much simpler explanation and it has to do with the way campaigns for supremacy are waged. One doesn't merely arrange one's troops and strategies in a certain manner. One also wages psychological war. One may even "signal" one's intentions. Its part of a methodology of demoralization.

Another strategy in the elite toolkit is something we call dominant social themes. These fear-based promotions are designed to frighten middle classes into giving up wealth and power to specially designed globalist receptacles such as the UN, IMF, World Bank, etc.

We recently noticed that Google has recorded thousands of cites for "dominant social theme" and for "Internet Reformation" – both phrases our modest paper has popularized. We're happy to add to the popular vocabulary, though even in aggregate we're certainly no Marshall McLuhan!

We also noticed the "re-elect Obama" meme a while ago and began to write about it. It's proven to be a popular observation. Many in the alternative news press who are apt to cover this sort of thing have noticed the fake "positive economic news" that is starting to be issued out of the controlled mainstream press.

Of course, here at the Daily Bell, we've been charting this power elite meme for quite a while – and we predicted that, if we were correct, the amount and rhetorical energy of the "American economy rising" meme would soon be evident.

We think it is. Such evidence is, to some degree, apocryphal. But it seems increasingly indisputable that the idea the US economy is in a "recovery" and is generating additional jobs has taken root throughout the American media.

Of course, the US is NOT in recovery, from my point of view. The US cannot be in recovery as a collective economy because the economy itself is filled with propped-up financial enterprises that in turn support the failed, monopoly fiat-money system that the power elite for the moment insists on continuing.

The charade expands because there is no other way, apparently, to re-elect Barack Obama. And Obama is seemingly important to power elite plans to create world government. They seem to want to keep him in power for another four years.

There is a lawsuit against Obama in Georgia that may knock him off the ballot in that state. I can't begin to imagine the pressure that will be brought on that presiding judge to ensure that Obama remains in contention in Georgia and everywhere else. [See Ed. Note at end of article.]

This despite the evident forgery of his "long" birth certificate that I've read contains four separate PDF layers and the continuing refusal of the administration to release pertinent personal records. Obama seems to be an obvious elite agent, and I have a sneaking suspicion that much of what he is supposed to accomplish may come in the second term. Call it a hunch.

It seems to me – and we have written about this at length – that there is a pincer-technique in play at the moment. It consists first of all of the Occupy Wall Street crowd controlled apparently by George Soros, which is doing what it can, in aggregate, to cast further doubts on free markets while playing up the sanitizing resources of big government.

The second part of the pincer is the mainstream media, which is whipping up antipathy against Wall Street and the "one percent." This is actually a kind of "French Revolution" strategy intended to foment class warfare. We've written about it at length.

Obama may be called on to do his part by helping to set up a kind of neo-Pecora Hearing in Washington DC. The Pecora Hearings were responsible for the current misery of the Wall Street regulatory regime that has done nothing but allow Wall Street itself to capture the larger regulatory apparatus.

The new Pecora Hearings, if they come about, will likely deal a death blow to America's capital-raising mechanisms and turn the US into a kind of Europe when it comes to entrepreneurial activity. In other words, those who wish to create business and wealth will be subservient to the regulatory and political class.

This would be, of course, the outcome sought by the Anglosphere elite that deems competition "a sin." It is feasible for people to have access to capital, but only those people who are "appropriate" and "chosen."

There is something else going on with Obama, too, which has to do with his skin color and putative Islamic background. He is being positioned as a "citizen of the world" in a disturbing way. There seems to be about him a whiff of globalist strategy that has not yet been exercised.

What this is isn't clear. Perhaps we shall know more if he achieves a second term. And he WILL achieve a second term if the elites have any say in it, or so it appears. The phony meme of an "improving economy" seems to show that clearly.

Anyone who knows anything about Austrian, free-market, business cycle economics understands we're in a bear-market super-cycle when it comes to fiat dollars. This is just like the 1970s, except on steroids. There is NO WAY that a fiat-dollar economy recovers in the middle of a gold-bull market leg. My humble perspective, anyway.

This gold bull probably has a lot further to travel, between the laxness of the silver/gold ratio and the (un)popularity of paper gold. When we see the silver-gold ratio closing and when junior mining stocks are being bid up like bullion we'll conclude the cycle is ending.

Of course, we may never see the end of this cycle. The idea that the elites will tolerate US$5,000 gold or whatever it gets to is a fairly dubious proposition, in my view. Something else may take the place of the current fiat-dollar-reserve standard that has been central to the world's economy for the past 50 years.

If I were a betting man, I'd probably give Obama a second term. Elite backing – if that's what we're seeing – signals a pervasive effort, in my view. It likely extends beyond media bias to programmable voting machines (with no paper trail) and other kinds of programmatic elements that will not leave anything to chance.

So … four more years of Obama? There are always alternative scenarios, of course. Life is never certain. Someone like Congressman Ron Paul could still catch fire on the national stage and boost himself into true contention. Alternatively, Obama could be knocked off the ballot in various states, etc. It is even (just) possible that Mitt Romney could win, though that probably wouldn't make much of a difference.

But still … what we're seeing in the major media confirms my suspicion that the fix is in. Obama may not have performed well but his "sponsors" are signaling that he's still their man. Just watch the ongoing "resurgent economy" promotion expand if you've got any doubts. That may be the key. It's right on time.

The big question in my view is not whether he will be re-elected but what will he do afterwards.

Ed Note: Obama’s name will remain on the Georgia primary ballot, according to a recent ruling by a state law judge. "In a 10-page order, Judge Michael Malihi dismissed one challenge that contended Obama has a computer-generated Hawaiian birth certificate, a fraudulent Social Security number and invalid U.S. identification papers. He also turned back another that claimed the president is ineligible to be a candidate because his father was not a U.S. citizen at the time of Obama's birth … The findings by Malihi, a judge for the State Office of Administrative Hearings, go to Secretary of State Brian Kemp, who will make the final determination." (Atlanta Journal-Constitution)