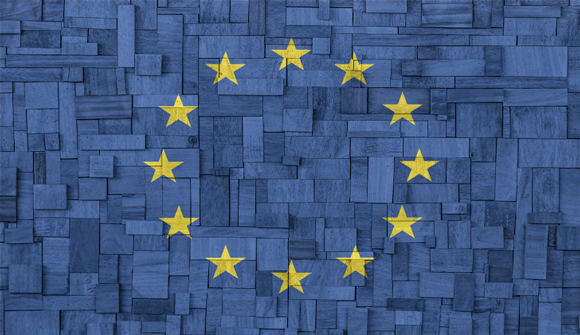 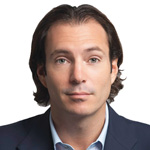 A recently posted YouTube video, "EU: Treaty of Debt (ESM) – stop it now!" is attracting attention in the blogosphere because of shocking allegations about what the treaty means to Europeans.

You can click the link at the end of this article to see the video. It is apparently a totalitarian pact for a new European empire to be implemented within one to two years. As we've suggested before, the new world order is being formed NOW. This is the time. Not sometime in the next decade.

I think the Internet has panicked the elites behind this particular conspiracy. They are losing ground every day, perhaps, and don't think they can wait any longer. They need to act before a popular consensus forms against them.

Well, here's a hint. It may ALREADY be too late. They should have shut down the Internet years ago. Around 2000. Arrogance is always dangerous, eh?

But now, with their authoritarian concepts available for all the world to see, they nonetheless strike again and again. The video – and I cannot confirm this, but reports suggest the validity of its contents – is yet further proof.

It explains that the European Stability Mechanism (ESM) calls for the creation of a fund of 700 billion euros that can be expanded at any time. It calls for a committee to administer this fund that is entirely above the law – one that can be neither prosecuted nor even questioned within a normal legislative venue.

The putative reason to form such a fund, of course, is the EU's economic crisis. But Eurocrats are on record as gloating that as the euro is unsustainable, sooner or later some crisis will enable a more perfect union. The plan has always been to "consolidate" using the failure of the euro as a pretext.

This is how promotions work, by the way. This is how directed history works. The elites plot out what we call dominant social themes carefully. They use the Hegelian Dialectic in combination with their fear-based memes.

One step leads inexorably to another. It all seems logical. But of course it is not "logical." It is simply planned to look that way. It is what we have come to call directed history. How does directed history work. Well, just see yesterday's article on Iran: "Excavator Digs up Truth About CIA's Support for Khomeini's Regime Change in Iran."

The power elite always needs to control both sides of a conflict. That's how it seems to have worked for up to 300 years now. Without maximum control, a promotion can go awry. Sometimes it does anyway, to be sure.

Western elites (the ones that matter when it comes to the one-world conspiracy) have received numerous setbacks in the 21st century. The Internet itself is the major one, as there is considerable circumstantial evidence that the Anglosphere didn't see it coming …

But it did come! Billions of people are online and the one-world conspiracy is discussed endlessly as more and more people are introduced to the concept's reality. The truth-telling of the 'Net has thus blown up numerous memes and made elite promotions a good deal more difficult to create and implement.

The response, apparently, is to turn to increasingly authoritarian tactics. War, chaos, economic ruin are all to be employed to counteract the "Internet Reformation." And right in line with this authoritarian response comes … ESM.

It really seems to be a shocking concept. One of the feedback entries on the vid-thread notes that the formation of the ESM sounds a lot like that of the Bank for International Settlements located in Switzerland. We've written about the BIS and its extraordinary power brief. If you work for the BIS, you have blanket immunity around the world. NO ONE can search you or your belongings.

It is not clear, either, to whom the BIS reports; it seems to exist in a vacuum, supervising at least 100 central banks around the world without any oversight. Strange, to say the least.

The contemplated ESM seems to adopt the BIS formula. It is to be entirely above the law while administrating billions or trillions of dollars as it sees fit. The ESM will presumably be located in Brussels and will receive tribute from all over the EU, from all of the nations (or former nations) that make up the EU's vassal system.

Surely, if the contents of this video are to be believed, there can be no question now about the elite conspiracy. One can see it unfolding here.

The EU was sold as a trade association. Later on it became a currency zone. Now it seeks to become an Empire, complete with vassals and conquered territories sending unlimited amounts of tribute.

I don't know how pervasive this information is, how much has REALLY been reported on the upcoming ESM agreement. Perhaps gradually it will receive wider and wider exposure. It deserves to. Those who stop by occasionally to provide us with wise and insightful feedback are surely welcome to do some additional sleuthing.

It was a feedbacker, yesterday, who pointed out this video to us. Thanks! You can watch it by clicking here.