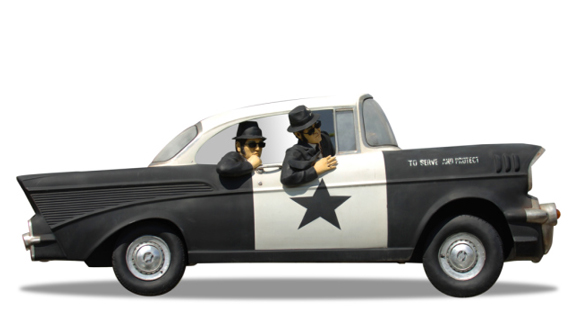 "In the developing world, corruption is public enemy number one," Kim said at a conference at World Bank headquarters in Washington. "Every dollar that a corrupt official or a corrupt business person puts in their pocket is a dollar stolen from a pregnant woman who needs health care; or from a girl or a boy who deserves an education."

Kim said the private sector should be "part of the solution." "Oil, gas, and mining firms are increasingly disclosing their contracts with governments," he said, providing "a chance" to monitor the activities of both corporate and public officials.

Kim announced that the World Bank will create a single pool of technical experts in rule of law, public sector, financial and state management, and public procurement as a major tool to fight corruption.

This is surely part of the evolution of internationalism, as we have been tracking it. How can you tell? Just look at the main elements of Western control set up after World War Two. Among them are the United Nations, World Bank, IMF and NATO. Each of these organizations is continuously expanding. Also, we can tell by who created them that the Western banking establishment is behind them.

Of course, we know from various exposes that the IMF and World Bank do not deal directly with people they are supposed to be helping. Instead, their officials make deals with top bureaucrats. The bureaucrats are basically bribed to take huge handouts from the World Bank to "improve" public facilities, etc. When the expansions sour due to bribe taking and corruption, the bureaucrats in charge vanish, often to other countries or luxurious retirements on various tropical islands.

The next generation of bureaucrats is left to deal with the bitter dregs of wasted funding. Then the IMF swoops in to lend money at high cost to allow the country's unsuspecting population to pay back IMF "loans." Population after population has been rightfully shocked to find out that its countries are bankrupt and public facilities like waterworks are up for sale to the highest bidder.

Make that "low bidder," as multinationals surreptitiously controlled by the globalist banking community pay very little for acquisitions. And then, of course, the prices of basic services are raised considerably to those who depend on them.

Thus vast corporate creatures – handmaidens of a global elite – are continually acquiring fundamental resources as they centralize power and authority to benefit a blossoming international governance. All this has been done behind the scenes, but now as what we call the Internet Reformation continues to expose the Way the World Really Works, those who are committed globalists have sped up the apparent takeover.

Every day it seems the IMF is more activist, with its top people rallying around the idea that the IMF should become the world's central bank.

The UN meanwhile drives hundreds of leaders of various corrupt countries into vast conferences that produce global resolutions on everything from trade to environmentalism and, of course, the pseudo science of global warming.

And now, it seems, a new task has been found for the World Bank. It will be to clean up corruption.

The IMF is not suited to be the world's central bank because monopoly central banks don't work, because the IMF's SDR scrip is inefficient and because the IMF generally is a corrupt and useless body, filled with grasping bureaucrats who understand quite well the gap between the IMF's stated goals and reality.

The UN has always been an entirely corrupt body – an authoritarian, even fascist government in waiting. It is inefficient, wasteful, ruinous and just as hypocritical as the IMF or other world bodies. As for the World Bank, its corruption is so extensive that one is almost tempted to say it is indeed the organization that should monitor corruption worldwide because of its extensive internal experience.

Forbes magazine ran a fairly thorough article on the corruption inherent in the World Bank back in mid-2012 entitled, "World Bank Spins Out Of Control: Corruption, Dysfunction Await New President."

… It's presidential inauguration time in Washington. Not for the person who will helm the federal government – that comes in six months – but instead for Dr. Jim Yong Kim, the man taking the reins of an organization even more lumbering, and far less accountable: the World Bank.

With 188 member countries and an army of 9,000 employees and consultants, Kim will lead one of the world's most powerful institutions – charged with saving the worlds poor – but also one of its most dysfunctional. It is an endlessly expanding virtual nation-state with supranational powers, a 2011 aid portfolio of $57 billion and little oversight by the governments that fund it. '

And – according to dozens of interviews over the past few weeks, atop hundreds more over the past five years, plus a review of thousands of pages of internal documents – problems have gotten worse, not better, at the World Bank despite more than a decade of reform attempts.

Kim, the Dartmouth College president tapped by President Obama to lead the bank, stands little chance of fixing things, say insiders, unless he is prepared to completely revamp the current system. The inmates are running the asylum, says a former director.

Some specific points from the article:

– Part of the problem is structural: Internal reports, reviewed by FORBES, show, for example, that even after Zoellick implemented a budget freeze some officials operated an off-budget system that defies cost control, while others used revolving doors to game the system to make fortunes for themselves or enhance their positions within the bank.

– Why not track all the cash? Good luck: Bank sources cite up to $2 billion that may have gone unaccounted for recently amid computer glitches.

– Sadly, the last part is cultural: The bank, those inside and outside it say, is so obsessed with reputational risk that it reflexively covers up anything that could appear negative, rather than address it.

– Whistle-blower witch hunts undermine the one sure way to root out problems at a Washington headquarters dominated by fearful yes-men and yes-women, who – wary of a quick expulsion back to their own countries – rarely offer their true opinions.

– In 2005 George W. Bush tapped Paul Wolfowitz as president to clean the place up. To his credit, Wolfowitz made rooting out corruption his primary mission. But the former Pentagon official also came in like an occupying power. According to internal documents obtained by FORBES, the board and Wolfowitz engaged in a game of trench warfare so vicious that the minutes of some board meetings had to be sanitized to keep the world from knowing what was really going on.

– Numerous managers and vice presidents that I spoke with inside the bank say that corruption continues unabated. Five years ago a commission led by Paul Volcker drilled into the bank and called it a massive problem.

We can see from the above that the idea of the World Bank leading the fight against international sociopolitical corruption is generally farcical.

And I have not even touched on the "transparency meme" being cultivated by the same rogues and rascals running these vast repositories of waste.

Central banks are trying very hard to be transparent, for instance, but their function is essentially one of criminal incompetence. No matter the stated reasons, central banks are in the business of bankrupting the middle class on a regular basis and then assuming those bankrupt assets at minimal cost.

The reason that these enormous global facilities are receiving more and more power and authority is not because they work well or even work at all. It is because the internationalists who set them up want them to expand as a way of building world government.

Call it directed history. These agents of globalism will continually acquire power no matter the reality of their missions. They were never what they appeared to be. In the 21st century, it becomes increasingly apparent as the Internet Reformation era advances.