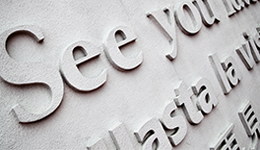 Well, it has been a great ride. Much has been accomplished at The Daily Bell and I, as founder and chief editor, have decided it is time to allow The Daily Bell to stand as is, as a historical testimony describing our current troubled and exciting times.

Content on TheDailyBell.com shall remain available as an educational and research tool. I and all the elves are humbled by what we have been able to contribute during this Internet Era, surely one of humanity's most significant epochs.

The struggle for freedom, especially today, continues to be both a challenge and a promise. The Austrian-oriented Daily Bell has pioneered insights such as the concept of the Internet Reformation and contributed to the understanding of how globalists use fear-based scarcity promotions to frighten middle classes into accepting international solutions such as the United Nations and the International Monetary Fund.

The Daily Bell helped expose the real agenda of the Soros-funded Occupy Wall Street movement, which apparently remains intent on generating what could be a French Revolution-style bloodbath aimed at the "one percent." The Daily Bell has also relentlessly exposed the "public banking" promotion aimed at making quasi-private central banks the exclusive province of the state. The idea here is that globalists sponsoring this promotion, including the idea of a "living wage," remain in charge of monopoly money creation behind the veil of the state. It provides further cover.

Finally, The Daily Bell regularly exposed the hoax of central banking itself, the idea that a group of good, gray men can efficiently fix the value and price of money and produce anything other than serial disasters and increasing ruin.

The work of many others has significantly contributed to these achievements. The Daily Bell has published nearly 3,000 News & Analysis reports, 229 in-depth interviews along with over 1,000 editorials from many of the free market's leading voices. I am proud to have contributed several hundred editorials myself and am grateful to all who found the content worthy of carrying on their own sites. And we are thankful to those who have contributed editorials and participated in our interviews. Our newsfeed was carried by about 2,000 websites and, of course, untold numbers of readers have forwarded article links, further helping to disseminate the information provided by staff writers and these many contributors. The Daily Bell appreciates all of these actions and honors everyone contributing to the educational effort.

The Daily Bell generated a great readership and a loyal following. The site was at one time one of the 50,000 largest websites in the world and one of the 20,000 largest in the US. The memes that The Daily Bell has presented and elaborated on are historically valid and more pertinent than ever in this modern age.

And to all who found The Daily Bell a place of reason and civil discourse for important matters on the 'Net, I hope you gained as much from visiting as I and the rest of The Daily Bell staff did as hosts.