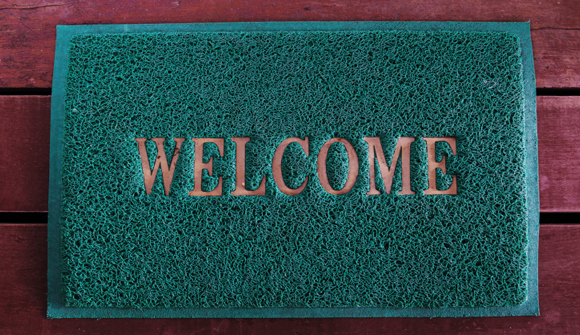 "A year, year and a half ago, I was a physician in a small town," Paul, the junior Republican senator from Kentucky, told CNN's Don Lemon. "And it would be a great honor to be considered as a vice president for the Republican Party. I think that would be something that anybody who said otherwise would not be being truthful." – CNN

Just yesterday, CNN ran an article quoting Rand Paul as saying, "it would be a great honor to be considered as a vice president for the Republican Party. I think that would be something that anybody who said otherwise would not be truthful."

This comes on the heels of Rand Paul's badly received statement of support for Mitt Romney on the Sean Hannity program.

Many in the libertarian community believe that the kind of pragmatism that Rand Paul is exhibiting is downright destructive. He is setting back the "freedom movement," in their eyes, because he is promoting the viewpoint that it is better to change the system from within.

But perhaps people are not looking at the larger picture. This article will deal with that issue.

First, a book recommendation: We recommend the "Claudius" books written by Robert Graves, possibly the greatest historical fiction ever written. Not only did he bring crippled, yearning Claudius to life; Graves also provides us with the reality that Claudius's hope the Republic could return to Rome wasn't realistic.

For hundreds of glorious pages we read about Claudius's struggles and the reality of his impossible quest. The books end with Claudius basically reigning as emperor without attempting to reignite the Roman Republic.

He's resigned himself to the course and flow of history.

Empires are made up of PEOPLE – and the people in charge do evil things to gain power. Then they have vested interest in the system as it is and will protect its fundamentals to their dying breath because they are afraid of being exposed.

People cannot understand how the power elite can logically want world government. In fact, there is no other choice for them. If the environment they have seemingly established and expanded at the cost (last century) of 150 million lives were to be deconstructed, their fortunes and, more importantly, their lives would likely be forfeit.

So they continue. It is like a mafia. It doesn't stop because people within a mafia begin to have guilty consciences. It stops when the larger environment is not conducive to mafia-like activity.

That time, to some degree, is probably coming.

It is coming because of what we call the Internet Reformation, a change that is surely as profound as the one initiated by the Gutenberg Press. The ramifications are unstoppable, in our view, and continue to expand.

We're comfortable with our paradigm. We anticipated and predicted that the dominant social themes of the elites would begin to self-destruct as the Internet continually spread knowledge about the Way the World Really Worked.

The fear-based promotions that the power elite uses to frighten people into giving up wealth and power to internationalist facilities like the UN are no longer so compelling. Many active and intelligent people – especially young ones – understand where they are coming from and the reason for their doomsday-like presentation.

Regardless of their success in the 20th century, the 21st has been most unkind to the elites. Having ignored the advent of the Internet in their hubris and arrogance, the powers-that-be are now stuck with tens of millions of bright, energetic people who understand what is going on and reject it.

The elites rely on central banking to bankroll their desperate grab for world power. But even central banking is coming under withering fire. Rand Paul, for instance, has adopted part of his father's perspective when it comes to central banking. In his stated platform he wants to audit the Fed .

This is a start but no matter what Rand Paul finds – or were to find – those involved in the central banking promotion will defend it because they literally have no other choice. They are not going to be reasonable about it. It's not a debate but the grimmest of realities.

Rand Paul and his father (whom we admire) may promise change but ultimately, as Graves knew, change is implemented by the erosive action of historical tides, not by sand sculptures on the beach. We may have free-money, but only after their schemes founder and gradualiy fail.

Of course, personally, I don't approve of what Rand Paul is doing. His statement regarding the possibility of being Romney's running mate is somewhat ill advised.

I admire Ron Paul and think the "revolution" is worth fighting for. There is much to be said for Ron Paul's uncompromising positions (thus far anyway).

The Daily Bell could have a larger readership but throughout our tenure we've tried to tell the truth as we see it, though many readers find it at least somewhat unpalatable. On the other hand, we've had a significant impact, with many in the alternative media adopting at least portions of our viewpoint.

We've chosen to educate rather than compromise. That's what thought publications do.

When you compromise your basic message, you sometimes get into trouble. Rand Paul is a good example. In one stroke, he's anticipated the destruction that accepting the VP spot from Mitt Romney would entail.

At least, had Romney offered the spot to Rand Paul, the possibility of being VP might to some extent have balanced the scales. But this way, Rand Paul has acquired a burdensome legacy without ascertaining the extent of the opportunity.

Now, it is true that there was a meeting held recently between Rand Paul and Mitt Romney. Perhaps this was the secret quid pro quo. Rand Paul endorses Romney and then speaks out favorably regarding the possibility of becoming VP.

At this point, perhaps, Romney begins to actuate the process that makes it so.

We ran an analysis yesterday of Rand Paul's endorsement of Mitt Romney – concluding the father was an educator and the son was a politician.

Our larger point was that no matter Ron Paul's personal foibles and difficulties, history had chosen him to be the bearer of a message about freedom. You can choose to listen to the message or criticize the bearer. Up to you.

I know where I stand. We've made a point, after all, of comparing the evolution of the Internet to the Protestant Reformation. The Reformation (planned by the elites though it may have been) was in fact a big deal with lots of consequences, many of them rather good for freedom.

The bearer of that message, Martin Luther, was certainly flawed. A virulent anti-Semite, he encouraged violence towards the Jewish peoples in his book, On the Jews and Their Lies.

There are some, of course, (even within the freedom movement) who would likely defend Luther's arguments and his wholesale excoriations. But to damn an entire group of people for certain individuals' activities is surely not the height of wisdom.

To damn Ron Paul for wanting the best for his family and for his son is likewise unfair or at least naïve. Ron Paul, despite his grandfatherly approach, is an immensely intelligent man with a blazing internal passion.

The message he has spread will have consequences far beyond the efficiency of his campaigns – or even the intentions with which he carried them out.

The Rand Paul apostasy (that's how people are treating it) is seen by many as the end of an era. But really, the era is only beginning.

Ron Paul is a messenger, not the message. Were the Renaissance or Reformation derailed by the statements or actions of its leaders, or were they bigger than that?