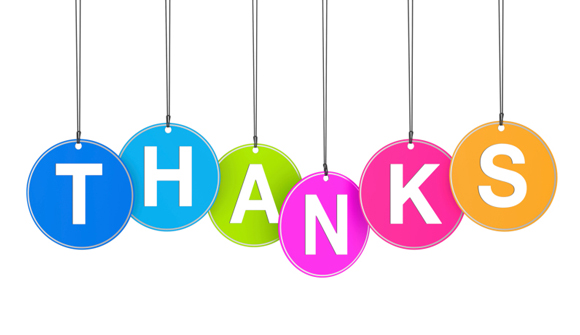 Thank you, O mighty State, for protecting us …

Thank you, O mighty Central Bankers, for continuing to create piles of monopoly money to fuel the State's efforts …

And special thanks also to the major media conglomerates who continue to assist their readers with a steady diet of pro-anti-terrorist "information."

Thanks as well to the corporate giants who are the major recipients of the bankers' freshly created "dough" – those who are kind enough to recycle billions through the major media conglomerates to make sure that their ambitious faux-educational efforts continue unabated.

Thanks also to our religious leaders. Their collective compassion and tireless efforts sanctioning foreign invasions provide the military-industrial complex with the justification to install global democracy and combat evil terrorists.

So many groups to thank … How do they all operate in unison?

For example, I almost forgot to thank all the sporting venues, and the management of the various professional associations governing their respective sports.

Isn't it wonderful the way every single event parades out veterans, usually those who have returned from the battlefield, and unites them with fans in singing various national anthems? And I do say various, because the joy of this display seems to be catching on all over the world!

Thanks to the professors! Those educators who commit their lives to selflessly (a must-have personal trait in today's world) creating "scientific consensus." (Of course, in Galileo's time the "consensus" was that the Sun revolved around the Earth.)

(And why is it that so much "consensus" supports the State's authoritarian perspective? Who pays these folks? The State?)

Hey, wait a minute! … In fact, it's not just academia. So many top-shelf organizations and control centers all seem to be hammering home the same collective points. Surely they must be correct?

Here at the Daily Bell, we try to point out every day how this phony consensus is beginning to founder thanks to the information on the Internet.

The Internet – what we call the Internet Reformation – is regularly exposing the elite's dominant social themes, those fear-based promotions that frighten Western middle classes into giving up wealth and power to globalist solutions.

The entire charade is apparently managed by a few dynastic families that totally control the world's money supply via 150 or so central banks.

And no, Mr. Bernanke is NOT IN CHARGE. No more than Mr. Obama is while he sits in the White House. They are mere functionaries, complicit just the same.

The real power lies in shadows behind the power centers. The whole deceitful, despicable, rotten game is only made possible by monopoly fiat money. (If you owned a printing press – let alone 150 of them – you'd have power, too.)

Without the printing presses pounding out fresh paper on a continuous basis, the elite's promotional memes would soon be seen for the propaganda they are. But because of the money, the elite's minions continue to grow – both in numbers and in power.

Same goes for the mainstream's bought-and-paid-for media conglomerates. They too would not receive the kind of outrageous funding they get on a continuous basis if it were not for the "money distributors" working for the big commercial and investment banks channeling fresh gobs of cash via "advertising."

And where does THAT funding come from? Why, from fresh cash printed by the Fed and other central banks that is then transferred to the largest corporations, via both equity and debt financings.

The entire mechanism is a kind of vast money laundering scheme and those at the top function as a kind of crime family.

The whole charade is built upon a fraudulent currency system.

I believe the world is in for at least one generation of massive social unrest and chaos as a result. The trouble with what has happened is that the lies have gone on for far too long.

Too much anger has been built up. Too much distortion and leverage introduced into the system. And now the Internet Reformation has exposed the truth about these manipulations for all the world to see.

Lately, I've noticed the pace has been picking up.

If you want to understand the exposures on a daily basis, visit the Daily Bell.