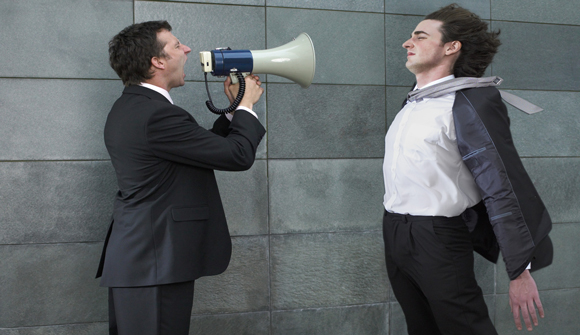 EDITORIAL
How the Power of Mainstream Media Blasted Berlusconi
By Anthony Wile - February 09, 2013

Talk about going viral. Paolo Berlusconi supposedly called his football club's latest superstar acquisition, Mario Balotelli, a "a house ni–er" at a political rally and this was a quote heard round the world.

If you haven't read about it you either live in the US or don't pay any attention to football (soccer).

I was surprised by the meanness of the quote because Paolo sits on the board of AC Milan – the top-level football club that his brother, Silvio Berlusconi, owns. Like many others, probably, I wondered if the despicable statement was being reported accurately or if it were a way to sabotage the electoral chances of Silvio …

The UK and European press attacked hard. The Guardian gleefully reported on the controversy: "While nothing tickles the former prime minister more than calling Barack Obama 'suntanned', his little brother really ratcheted up the laughs this week by using a hard-to-translate phrase to describe footballer Mario Balotelli that, at best, means 'the family's little black boy' and, at worst, could be taken to mean 'little ni–er.'"

Silvio Berlusconi is running for prime minister as head of his People of Freedom Party and the election will take place in late February. This is probably making the powers-that-be anxious. They favor a technocrat for Italy's highest office and bumptious and occasionally bumbling Berlusconi is no technocrat.

Here's Reuters reporting on the election: "[Outgoing premier Mario] Monti's presence in the government would mean a reliability in Europe, reliability in the markets, and a much greater strength for the government," said Professor James Walston of the American University in Rome.

Yet Berlusconi's "right wing" party may gain enough voters in the Italian Senate to make the new Italian government unstable. This is not to the liking of the powers-that-be. You can almost see the winces when Berlusconi takes center stage. He's apparently not the kind of good, gray banker that is supposed to be running things in and around the EU. A re-election of Berlusconi would doubtless seem a step back.

And so Berlusconi is attacked … as he has been for much of the past several years over a variety of financial and sexual scandals. The racism angle has gained ground with the Balotelli matter. It was widely reported that Silvio recently called Balotelli a "bad apple" that could spoil the rest of the bunch – before acquiring him, anyway, for Milan.

Taken together, the two quotes made it seem as if the Berlusconi brothers have it "in" for poor Mario. This reflects unfavorably on Berlusconi himself who was apparently counting on the Balotelli acquisition to garner votes among the football faithful.

Of course, Balotelli himself is no slouch when it comes to high-profile quotes and generally colorful behavior. In England, playing for a top Manchester club, Balotelli set his house afire with botched fireworks and drove around in a camouflage-colored Bentley automobile that regularly attracted attention, not all of it positive.

Balotelli had a tough childhood and is known for speaking his mind. When Balotelli left England to return to his Italian homeland there was speculation that he would have renewed difficulty dealing with Italian racism. He'd had difficulties before he left for England.

Nobody predicted the first shots would be fired within the club itself. Or that an explanation would take several days to be issued. When it finally came, the Guardian reported as follows:

On Thursday, Paolo Berlusconi, 63, said he had since discussed the matter with the footballer and would be saying no more about it. "I have spoken with Balotelli but in truth there was no need seeing as he's an intelligent boy," he told Milan Channel, AC Milan's official club channel.

"He had already understood that what I said was an affectionate expression that led to a stupid media circus. Let's be done with this affair; Mario told me there was no need to say anything else."

As if to reinforce the statement, the club, which has not commented on the controversy, released a photograph of the two men smiling together at the Milanello sports centre.

What to make of this global tempest?

It fits in with a larger suspicion that the power elite sees Silvio Berlusconi as an impediment to its plans.

It also shows us the power of the elite-run mainstream media. They can turn anyone into a villain (though admittedly, Paolo provided ammunition), even the brother of a billionaire. A few years ago, Silvio made the Queen of England cross with his antics at a summit, and he has been targeted over and over by the Italian judicial machinery for a dizzying array of supposedly criminal activities.

In a staff article here at The Daily Bell a few months ago, entitled, "Does Berlusconi Matter to the EU?" we questioned whether the elites wanted Silvio to make a comeback, as follows:

We were told months ago that Silvio Berlusconi was going back into politics. He's easily the most important politico in Italy so we weren't surprised.

Why does Berlusconi want his old job back? He has claimed he is running only based on a sense of "despair." The despair being that no one else is capable of governing Italy but him! He is, in his estimation (and many others'), Italy's irreplaceable man. He's also in legal trouble and assuming high office should temporarily extricate him from the specter of incarceration (as unlikely as that is) …

The dominant social theme here, so far as we are concerned, is that "Berlusconi is not fit to run Italy." We continue to have a feeling that the power elite … is not comfortable with Berlusconi. … Berlusconi has been subject to unprecedented legal and press attacks. Can this be any coincidence? If Berlusconi actually does become prime minister again, one wonders what statement this is making.

Did the powers-that-be running Europe decide to make the best of a bad situation? Or is Berlusconi running in spite of the disapproval of the top men of Europe?

It seems to us that the mainstream media – that willingly does the bidding of the world's top elites – intended to make the relationship between Paolo and Balotelli even worse than it sounded, at least for international consumption.

The quote apparently was not much noticed in Italy. But then it went global. Paolo was branded as an arrogant and contemptuous racist in thousands of articles that appeared right away and rained down on the Berlusconis. Lost in the ruckus was that other top black players on the team went un-insulted – and perhaps had never been insulted during their tenures. Is Paolo only racist when it comes to Balotelli?

This seems to me – potentially anyway – a further example of how the power of the media is regularly employed to bolster elite dominant and subdominant social themes.

In this case, the narrative is that the Berlusconis are racist bullies with fascist tendencies and positions of powers that they use for abusive purposes. Accusations that Silvio slept with underage women would tend to bolster this theme.

Whether or not it is true doesn't seem nearly so important to the mainstream media as purveying this story line. But if Paolo was indeed misquoted and is not an arrogant hater of all black people, then perhaps the Western mainstream got it wrong – maybe even on purpose.