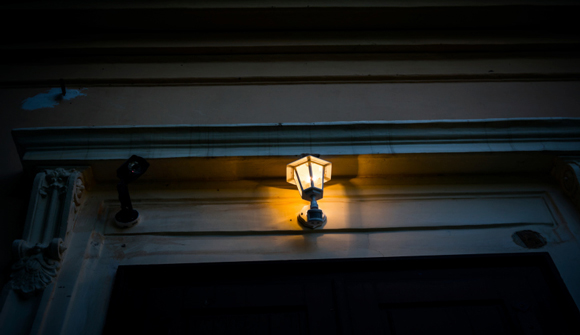 EDITORIAL
I'm Keeping the Lights on for Earth Hour
By Anthony Wile - March 23, 2013

US News tells us that libertarians want to "keep the lights on" for the current Earth Hour. Earth Hour is a worldwide event organized by the World Wildlife Fund (WWF), "encouraging households and businesses to turn off their non-essential lights from 8:30 p.m. to 9:30 p.m. at the participants' local time."

Are you going to turn off your lights? I'm not. I think the world has plenty of energy, and if it doesn't that's only because free-market forces haven't been allowed to operate.

So I think we ought to celebrate Earth Hour by turning ON lights. Metaphorically it works very well. Keep the lights blazing instead of dimming them. That's the idea of Human Achievement Hour … the brainchild of the Competitive Enterprise Institute.

It's about time that these "Earth" celebrations had some competition. They are dressed up as concern for the environment but when you unpack their messages, you're left with a perspective that is merely or mostly Luddite. We should munch lettuce while shivering in the dark.

Millions to switch off for 'Earth Hour' Lights in cities around the world to be turned off in symbolic show of support for campaign against climate change.

Hundreds of millions of people across the globe will turn off their lights for 60 minutes on Saturday night starting at 8:30pm local time in a symbolic show of support for "Earth Hour" campaign against climate change.

Many of the world's most iconic attractions, including Sydney Opera House, the Empire State Building and the Eiffel Tower will take part.

"What started as an event in Sydney in 2007 with two million people has now become a tradition across the country and across the world," Dermot O'Gorman, head of WW F[World Wildlife Fund]-Australia, said …

Last year more than 150 countries participated in the event which saw some of the world's most iconic landmarks dim, and this year the movement has spread to Palestine, Tunisia, Suriname and Rwanda. Newcomers to be plunged into darkness include Copenhagen's Little Mermaid, the statue of David in Florence and Cape Town's Table Mountain.

In Australia, where Earth Hour originated with an appeal to people and businesses to turn off their lights for an hour to raise awareness about carbon pollution, the Sydney Opera House and Sydney Harbour Bridge will be among the first sites to participate globally.

This year Earth Hour Australia is asking participants to "switch off for good" and move to renewable energy. As part of the push Sydney Opera House will not go dark at 8:30 pm (0930 GMT) but will instead glow a deep green.

With restaurant diners eating by candlelight, Outback communities going dark and iconic buildings standing in shadows, O'Gorman believes Earth Hour has played a part in drawing attention to energy use.

"We've always heard anecdotally that it has made people change their actions and look at their impact on the planet in a more considered way," he said.

We're not going to rehash the sterile climate change debate, except to say there is certainly no consensus on global warming. Earth Hour (and Earth Day) does pose as an alternative vision to the current capitalist model but as I pointed out earlier this tends to define the conversation in fairly sterile terms.

Either we support right wing perspectives that include a good deal of government involvement in social issues and a law and order emphasis that often includes fairly authoritarian solutions or we support left wing approaches that involve a good deal of government interference in the economy. And both sides for the most part support intrusive central banking policies that seek to fix the price and value of money – and often do so in ways that lead to destructive booms and agonizing busts.

Earth Day is a good example of the furtherance of this simplistic perspective. The globalist impulse is to provide environmental solutions via legislative measures. But inevitably, when one uses the political process to adjudicate economic and environmental issues the results tend to impose solutions that reflect a political consensus rather than a competitive one.

Over time the political consensus can become abusive rather than constructive. We see this today in onerous European Union regulations that seek to regulate every part of human commerce and in the US where the FDA is now staging raids on raw-milk farms and putting the raw milk providers in jail.

There is no question that quasi-political movements like Earth Day are funded by various elite groups that use them to consolidate consensus for global government. The emphasis is always on attacking competitive enterprise in order to offer government as the solution and "protector."

But competition and the application of the market's Invisible Hand is certainly preferable in the long run – as political solutions inevitably tend to grow more onerous.

And so I am happy to read about Human Achievement Hour. Human creativity and kindness are too often left uncelebrated in the official conversation because that conversation is aimed at creating a consensus for political activism. No problem, no politics of necessity.

This Saturday, thousands of people in more than 150 countries will turn off their lights for an hour to spread awareness about climate change. But one libertarian think tank in Washington will be leaving its lights on—and encouraging everyone else to do so too.

"People are better off when you have abundant, affordable electricity. This should be something to celebrate, not something to make people feel bad about," CEI spokesman Christine Hall tells Whispers.

On the Human Achievement Hour Facebook page, one supporter posted a photo Wednesday that showed North Korea in the dark and South Korea alight with electricity. "Guess which Korea is free and which is a Stalinist dictatorship," the photo's caption reads. "Electricity is good. Choose freedom."

The Facebook page encourages people to have a drink, sing or dance instead of turning off their lights.