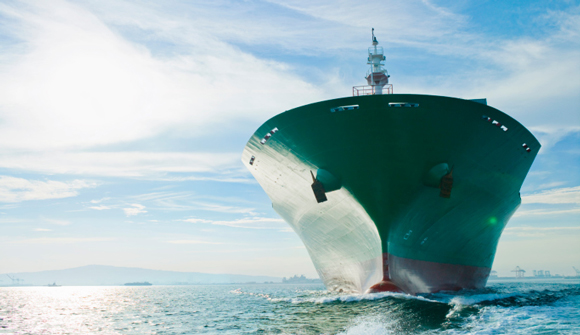 EDITORIAL
IMF Austerity Is Headed to America – Watch Out!
By Anthony Wile - April 23, 2011

The current arguments – much in the news – about cutting spending in the US are not exactly what they seem. They are likely aimed at imposing an IMF-style austerity on the US of the sort that developing nations throughout the world have found both onerous and ineffective. If you want to understand what the IMF and Western powers-that-be have in mind for America, take a look at this interview we ran a while ago with John Perkins, author of Confessions of an Economic Hit Man.

This is America's future, one of government-induced privation and societal misery. Study the dominant social themes of the elite, its recent fear-based promotions, and one begins to get a sense more fully of what is being prepared. The signs are increasingly visible. Throughout last week Western markets and media focused on a warning from Standard and Poor's (S&P), which downgraded the US debt outlook from stable to negative for the first time in 70 years. Will maintream financial media still continue to use the ludicrous term "risk-free Treasury paper?"

Late last week, London's prestigious Financial Times carried an editorial on the subject entitled Easter Parade of Worries. According to the FT, "S&P's aim plainly was political. US politicians must agree on a policy to reduce the deficit. This must involve cutting spending, reducing entitlements and raising taxes. Who exactly bears the brunt of these remedies is a political question, not an economic one. No politician wants to be responsible for such things, so it is no surprise that they avoid the problem."

Notice the telltale language in the article: "This must involve cutting spending, reducing entitlements and raising taxes." This language is directly out of the IMF playbook. Rather than question the fundamental alignment between the public and private sector – the basics of regulatory democracy – the IMF treats a country like a business and prescribes cost-cutting, privatization and other methodologies that address the symptoms instead of the cause.

The Financial Times article was only one of many, perhaps thousands written last week on the issue, but it is interesting because it admits that S&P's intention was to "send a message." That message was echoed throughout the mainstream media and amplified by other reports focusing on how far the US had strayed from financial probity.

CNN Money and Fortune magazine carried an interesting post along these lines by one Colin Barr who has written for TheStreet.com and Dow Jones Newswires in addition to his current position writing about finance for Fortune. The post, entitled, "Lost decade? We've already had one," basically pointed out what the alternative press has been suggesting for years, that the US economy has gone off the rails and the statistics are useless when it comes to telling the truth about how rotten the US economy really is.

The article focused on an analysis by Rob Arnott of Research Affiliates, "a Newport Beach, Calif., investment management firm with some $50 billion under management." Arnott, who writes a monthly newsletter, claims that the US economy hasn't been providing additional prosperity for at least a decade or longer. He believes the reason this isn't more widely understood is because the government produced Gross Domestic Product (GDP) is offering false signals. "[It] actually tracks consumption, irresponsible or otherwise, rather than real wealth generation."

Barr reports in detail on Arnott's findings and then offers his own conclusion. "While the solution to that problem surely lies in more responsible policy – lower spending, a less ridiculous tax code – Arnott says it's imperative we start using more meaningful economic statistics, lest politicians miss the message S&P tried to send this week."

The idea is that US policy-makers ought to focus on Structural GDP and Private Sector GDP – numerical indicators that strip out misleading government spending – to get a better sense of the US's underlying economic situation. But the real message in Barr's article, like the FT's, has to do with IMF-style remedies in my view. The phrase "less ridiculous tax code" seems to bear that out.

Barr concludes his article by warning that the if the US doesn't get its economic house in order, "The worst case result could include the collapse of the purchasing power of the dollar, the demise of the dollar as the world's reserve currency, the dismantling of the middle class, and a flight of global capital away from dollar-based stocks and bonds."

This perfectly tracks the larger fear-based promotion now being put into place by Western power elites. One needs a problem in order to provide a solution. And the move is on, most obviously, to create ever-closer global governance and perhaps an alternative currency. Modern central banking has done its work, throwing Western economies into confusion and disarray. Europe is already suffering from IMF-style austerity tactics and Britain is implementing them now. The US is next on the list.

Yet it is at least something of a false paradigm. The IMF austerity message being "prepped" by the S&P warning and subsequent mainstream news articles seem logical but is not the only choice for the US. There is another kind of economy, a truly free-market one that has little to do with the technocratic ruin brought on by central-banks and the West's current command-and-control economies. The trouble is that alternatives to the current fiscal and monetary systems supported by the West's regulatory democracy are rarely discussed. The mainstream media has its marching orders.

The conversation, as we can see in the above articles, is constricted. The problem is always defined as too much government spending. The solution is to demand more revenue from the citizens' affected and to slash the public services that many have grown to depend on. The result is a controlled social implosion that the powers-that-be can capitalize upon to introduce a new system, presumably a more globalized one, complete, perhaps, with a global central bank administering a new currency.

This is not merely theoretical. We've regularly tracked various elite solutions to the West's sovereign debt crisis here at the DB. We've reported on elite suggestions for a global central bank and a new world-currency developed from IMF SDRs. What's been lacking however is a firmer sense of the problem. But now that's coming into perspective as well with the S&Ps latest warning. The West's largest economy, we learn, is headed down the slippery path to the bottom of the hill where Greece, Portugal and Ireland reside.

The paradigm is, in fact, a phony one. One doesn't merely need "less" of what is currently offered. What is needed is a discussion featuring the fundamental freedoms that gave Western-style democracies their strength to begin with. The US's vibrant economy in particular was built without a graduated income tax and without a central bank. There were no centralized regulatory authorities and no over-arching military-industrial complex. These are all evolutions of the 20th century and far from being effective ones, they have paved a path toward insolvency.

IMF provisions featuring privatization, tax hikes and public sector "austerity" are designed in my view to provoke the very public anger that Western elites are counting on to fuel a conversation about yet MORE centralization and MORE governmental control – of a "transparent" and "disciplined" type. The conversation is constantly to be focused on "better" government, not less of it. We can see the problem coming into focus now for the US, and the solution shall not be far behind. Expect the same sort of civil unrest that is currently afflicting Europe to visit the US if this conversation continues to be pushed along its current track.

The real solutions have to do with a radical downsizing of government authority, not just government spending. We have carried editorials and interviews with Nelson Hultberg that have suggested some practical solutions to the fix that the US (and the West) finds itself in. While an even more radical downsizing might be preferred, Hultberg's proscriptions are at least a start and go far beyond the IMF-style conversation now being prepared for the US. Hopefully, the Internet will make a difference in this regard, moving the dialogue beyond the preferred dialectic – more of the same, only less of it – and toward a more valid discussion of what is necessary to realistically return prosperity to the West's ravaged middle classes.