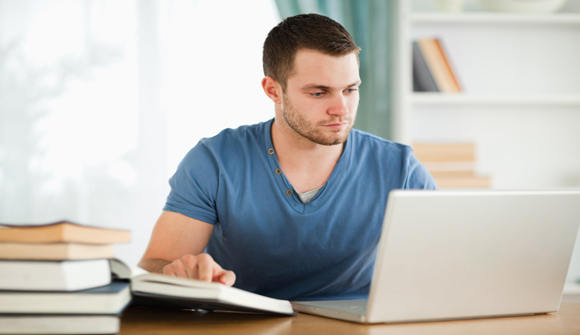 EDITORIAL
In the Internet Era, It's Harder to Make Memes
By Anthony Wile - December 19, 2015

International Business Times has posted an article entitled, "US did not trigger Arab Spring, Obama says."

Obama's denial was made in an end-of-year news conference at the White House in Washington on December 18, 2015. President Obama commented on Syria, the Arab Spring and on terrorism, among other topics, according to newswires. Here's more from IBT:

US President Barack Obama justified the American position on promoting regime change in the Middle East during the Arab Spring, but maintained that the United States did not trigger the movement.

At his year-end press conference on Friday, Obama hit out at arguments by some Republican Party members that American security had become vulnerable because of regime changes in countries such as Libya and Egypt.

Responding to a journalist's query if he would advise future presidents to call for authoritarian leaders to step down, Obama said that the United States should "speak out on behalf of its values".

Obama was forceful in his denial, explaining, "We didn't trigger the Arab Spring." He stated the US "did not depose Hosni Mubarak" and characterized Mubarak's downfall as taking place because of "Millions of Egyptians [dissatisfied] with the corruption and authoritarianism of the regime."

Obama "defended his decision to participate in coalition airstrikes in Libya" that helped topple the dictator but also admitted the US had left a power vacuum in the region by "not moving fast enough."

He added that Qaddafi had toppled because he was already illegitimate in the eyes of his people, not because the US, NATO and domestic insurgents had pushed him out.

But the consequences of the US and the international community not being more forceful after Qaddafi's death led to what Obama termed "a very bad situation."

Obama was emphatic about Syria, too, stating that, "Assad is going to have to leave in order for the country to stop the bloodletting and for all the parties involved to be able to move forward in a non-sectarian way. He has lost legitimacy in the eyes of a large majority of the country."

This seems to contradict statements made earlier in the week by Secretary of State John Kerry on Tuesday after a meeting with Vladimir Putin, as reported by AP:

U.S. Secretary of State John Kerry on Tuesday accepted Russia's long-standing demand that President Bashar Assad's future be determined by his own people, as Washington and Moscow edged toward putting aside years of disagreement over how to end Syria's civil war.

"The United States and our partners are not seeking so-called regime change," Kerry told reporters in the Russian capital after meeting President Vladimir Putin.

Kerry seems to have been clear about the change in the US stance, as reported by AP. "He described the Syrian opposition's demand that Assad must leave as soon as peace talks begin as a 'nonstarting' position, obviously."

As we can see, Obama's comments seem at odds with what Kerry said only a few days before. Either the US wants regime change or it doesn't. Kerry "accepted" the Russian position that Assad could stay or go based on the will of his own people. Obama, in his statements, was clear that Assad should leave.

This confusion extends to Obama's statements on the Arab Spring as well. He claims that the Arab Spring was not a product of the US and Mubarak's fall was an Egyptian phenomenon.

This contradicts a great deal of reporting in the alternative media, including our own reporting here at The Daily Bell. And the history of Arab Spring movements is now subject to books as well as on-the-ground journalism.

In October of this year, well-respected alternative media 'Net publisher Global Research posted a review of a book by Ahmed Bensaada entitled, The Arab Spring: Made in the USA.

It concerns the US government role in instigating, funding and coordinating the Arab Spring "revolutions" … The new book devotes much more attention to the personalities leading the 2011 uprisings. Some openly admitted to receiving CIA funding. Others had no idea because it was deliberately concealed from them.

The book concludes that none of the Arab Spring movements were spontaneous but that "all required careful and lengthy (5+ years) planning and coordinating by the State Department" and other groups.

According to the review, Bensaada relied on multiple original sources including "WikiLeaks cables and the websites of key CIA pass through foundations." Bensaada lists the foundations in the appendix.

It is getting harder and harder for officials to simply state a version of reality that significantly diverges from facts that have already been reported. It is easy in this Internet era to find multiple points of view and to make up one's own mind as to which versions are backed by evidence and which are not.

This mechanism is operative from an investment standpoint as well. The Federal Reserve officials recently hiked rates by a quarter point after stating that the US was on the road to recovery and thus currency demand was rising.

But in an article we profiled recently in staff reports, Dr. Craig Paul Roberts made the point that banks had plenty of cash reserves that were not being drawn down. In other words, the cited demand did not exist. He writes:

Look at it this way. The banking system as a whole does not need to borrow, as it is sitting on $2.42 trillion in excess reserves. The negative impact of the "rate hike" affects only smaller banks that are lending to businesses and consumers.

In the 20th century, it was hard to check official statements. But in the 21st century, the Internet has made such fact checking a good deal more convenient. As a result, Western institutions find it more difficult to reshape history.

This is probably the reason that the approval ratings in the US for Congress are in the single digits. I would suspect that at this moment Europeans don't feel much better about Brussels. When it comes to investing, we should be especially careful to ascertain that what we are being told is true.

Political untruths can confuse us and make it more difficult for us to understand what is going on in the world. But untruths about economics and investing can cost us money, sometimes a good deal.

Generally when it comes to statements by authorities these days, one can surely follow the old dictum, "trust but verify." Fortunately, the Internet lets us do so. We should use it for these purposes, among others.