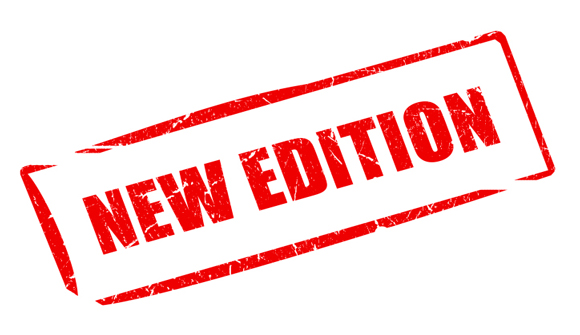 EDITORIAL
Introducing the Updated 4th Edition of the Book That Helped to Change the Internet
By Anthony Wile - April 13, 2013

The latest edition of High Alert is available and you ought to read it. Over six years ago now, we introduced the book that has helped change the Internet.

Ron Paul has said about this book, "High Alert should be read by everyone who wishes to educate themselves about the dangers fiat money poses to American liberty and prosperity. I wish I could get every member of Congress to read this book."

During that time, when updating the book we've been careful not to reconfigure the basic narrative so that you can see for yourself what we wrote over a half-decade ago and whether or not what we predicted came true.

In fact, we would humbly submit that not only was High Alert prescient; it has aged extraordinarily well.

Think of all the books that have come and gone. The ones that predicted the Dow would hit 24,000 or 36,000 years ago, the ones that anticipated Japan would take over the world before the 21st century or that the biggest problems that US citizens faced had to do with too much leisure time.

Think of all the "big names" who have been praised to the heavens as immortal geniuses, and whose reputations now lie in smoldering ashes based on the lack of congruence between forecasting and result.

One of the biggest 20th century names, John Kenneth Galbraith, was a man whose disdain for the United States and what it stood for was eloquently presented for a half-century. This Harvard professor and professional poseur wrote book after book about the crassness of US culture and the over-privileged environment of its citizens.

But here is what you will not find: No mention of the dollar reserve system, of central bank controllers or the globalist enterprise itself. Galbraith resolutely chronicled results with exquisitely jaded prose but was entirely opposed with every molecule of his being to explaining a credible causation.

For this reason, no doubt, he became one of the most lionized of Harvard's professors and each of his books was an event to be chronicled on the front page of The New York Times. Today, we have noticed, his books are a good deal less often mentioned than in the past, as well they should.

Galbraith was surely no more than a paid mouthpiece of our controllers – not the first, certainly not the last, only one more whose demise precipitated the decline of his reputation. Likewise, John Maynard Keynes, a Fabian socialist and favorite of the ruling classes.

Keynes's vast opus, General Theory, is nearly gibberish but even today, despite the lack of forecasting success over the past 70-plus years, his "theories" still receive wide credence. The idea that paper debt receipts printed in vast quantities can create prosperity is a chimera, as we can see every day. But this does not stop it from being taught like religious dogma in business schools throughout the world.

This is generally the problem with education: Controlled and massaged, curriculum has departed from the truth so widely that in regarding it, one might be forgiven for believing it comes from a place that has nothing to do with reality.

We know, thanks to the Internet, that the theory of the electrical universe makes a lot more sense than the theory of a universe organized by the weak force of gravity. We know that there were likely ancient civilizations with sophisticated technologies that now lay underwater, languishing because it is not in the interest of the West's ruling classes to examine them.

The West's organizational methodology these days is all about centralization and bigness. We are supposed to live at the apex of technology and enlightenment. Science, education, medicine and money are all virtually perfected now and we simply have to follow the trends to the logical conclusion of global government to realize a virtually preordained Nirvana.

In reality, what High Alert – and The Daily Bell itself – reveals on a regular basis is that this organizational hypothesis prated endlessly via the mainstream media is a kind of … bunkum. Turns out that the motivating organizational force of the globe's dominant society – a Western one – is "Money Power." And Money Power is generated via global monopoly central banking.

This is the curse, the plague of the modern era. There were only a few central banks 100 years ago and now there are 150, all controlled evidently and obviously by a few individuals and families, and all churning out debt receipts to be treated as money distributed by the larger commercial banking system.

The goal of this system is world government. Everything in the world today noted by mainstream media is focused on this goal and almost everyone of note is aware of this narrative or at least aware of its significance.

Whether you are a doctor, a lawyer, a corporate worker, an entrepreneur, a soldier or an educator – or in any other field or profession – you are likely bending your talents to support this narrative or those who are organizing it or leading it.

Wars are fought to support it; economic systems are reconfigured to uphold it; media is distorted to endorse it. A virtual flood of professional, behavioral and educational manifestations surround it. Its technocrat impulse has been elevated to a kind of godhead.

There are no experts, but we are to believe that a small group of individuals are meant to rule the world because they are the recipients of inherited wealth and have gone to the most important schools, received the best educations and proven themselves to be caring stewards of mankind's hopes and dreams.

In fact, there IS an entrenched aristocracy, but it is one borne up by Money Power and kept afloat by its control of central banking. To continually obtain power, it markets dominant social themes – fear-based scarcity memes that are intended to frighten people into giving up yet more power to globalist solutions provided by the same tiny clique.

These memes are evident and obvious ones: Global warming, food, water and energy scarcity … all manifestations of manipulative promotions designed to further global governance.

It has been the contention of High Alert, and of The Daily Bell website itself, that such received wisdom was nothing more than propaganda and that the free-market analyses of Austrian Economics could be used to rebut their logical and circulation.

It has been our contention that this is an ongoing process and one that is slowly driving our controllers mad. It is no coincidence, in our view, that the world today is wracked by war and economic ruin. These are the fallback tools of this tiny band of monetary pirates. As the Internet gradually renders their propaganda irrelevant they implement the blunter and more vicious strategies of their buccaneering ancestors.

Yet the Internet is a virtually unstoppable force. Austrian economics shows us clearly that it is impossible for government to do what it is intended to do: Rule wisely and well. Every rule (law) is, in fact, a price fix, distorting the economy and causing people's behaviors to move in another direction.

Every central banking decision is likewise a price fix, further distorting the economy and damaging the average person's pocketbook and future finances.

These are not hard insights to develop but prior to the Internet no one really had access to the information. It was scattered in books around the world and even a lifetime of leisure and reading would not suffice to recover the knowledge that had been lost.

But today, all that has changed. As with the invention of the Gutenberg press, the unexpected blossoming of the Internet has once more allowed people access to an elite nightmare of uncontrolled information and unvarnished history.

We call this process the Internet Reformation.

The Daily Bell has been at the forefront of disseminating information via this new and forceful technology. While a small website without corporate funding, we've fought the good fight every day for our own sake and for the sake of our families and communities.

We recently exceeded a billion hits … and today it is difficult to read the alternative press without finding some discussion of the role of the Internet from a standpoint of elite memes and how the Internet itself has had an impact on their dissemination, often in terms of revealing their underlying motivations and intentions.

High Alert is actually a template of how we came to understand the Way the World Really Works – and more importantly, what you can do about it to protect yourself and your loved ones from its worst sociopolitical and economic fallout.

Not only does High Alert accurately explain in a simple and easy to understand manner how we got to be where we are; it also provides a solution, via its VESTS strategy, for counteracting the many problems faced by the modern world and those who have to live in it.

Using VESTS, you can protect your wealth and anticipate future depredations. You can fully understand your manipulation in the service of globalists and how to avoid being trapped in the matrix of their strategies.

I urge you to become a member of The Daily Bell, which entitles you to receive a free download of High Alert – first published in 2006 but as significant and timely as ever.

Read for yourself what we presented then … the template we provided to explain our lives and times. I'd be surprised if you find yourself disagreeing with our analysis.

But then again, you're here, reading this. You're obviously receptive to freedom, self-responsibility and, most importantly … the truth of sociopolitical and economic reality.

Welcome, therefore, to The Daily Bell if you are new here – and many of our thousands of members are new.

And a warm thank you to the tens of thousands who return to us every day and remind us clearly of why we began this journey so long ago.

Become a member of one of the world's most innovative, significant and courageous websites … an effort that combines free-market economic analysis with a truthful viewpoint about how the World Really Works … by signing up here.

You'll not only receive top-level white papers and updates on top elite trends and ways to protect yourself; you'll also be able to download the just-released new edition of High Alert itself.

It all began with High Alert … but, of course, there is much more to come …