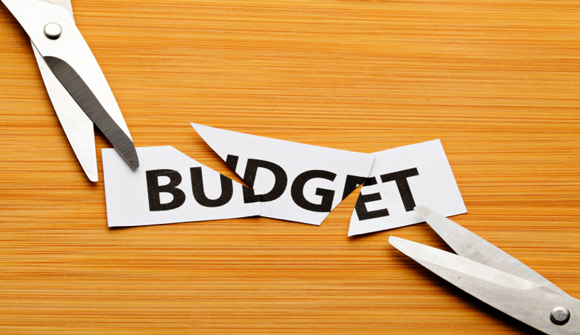 EDITORIAL
Is the Fed Due for Downsizing?
By Anthony Wile - November 21, 2015

Politico tells us that the "Fed pushes back as Congress eyes its billions" and that "Congress is aiming to take billions out of the Fed's accounts to help pay for a new highway and transit bill."

Beyond explaining the intentions of Congress in this regard, the article speculates on why the Fed hasn't been more vocal about Congress's intended raid on its coffers.

The Fed is balking, registering "strong concerns about using the resources of the Federal Reserve to finance fiscal spending." But members of Congress who consider the Fed money to be the only politically feasible way to fund a long-term transportation bill are wondering why the central bank didn't try to stir up opposition sooner.

The Fed has clearly been in Congress's cross hairs since at least July. Congress has until Dec. 4 to vote on a bill, whether it be a long-term deal or another temporary patch.

The article quotes Rep. Bill Huizenga, a Republican from Michigan as saying he doesn't understand why the Fed waited until so late to register objections. He suggests that the Fed wanted to be neutral regarding Congress's intentions, though the Fed is "not neutral or quiet on a number of other things."

To explain the Fed's lack of objections, lawmakers and aides have claimed that the Fed was faced with a kind of "either/or" situation regarding resource raids.

Congress was considering siphoning off Fed dividends (paid out to banks) and this was the alternative to confiscating a portion of the surplus account – which the Fed preferred. From the Fed's point of view, having Congress drain US$29 billion out of a US$4 trillion balance sheet is apparently preferable, the Politico article suggests.

But this still leaves unanswered the question of why the Fed hasn't fought harder. We've argued in the past that the Fed is a beleaguered institution in retreat on a number of fronts. A troubled institution may simply not have the organizational firepower to take on so many battles and critics … or perhaps Fed officials are cognizant that they need to retain what little credibility they have left to expend on really important issues.

The most important issue from the Fed's standpoint is probably a renewed challenge from Senator Rand Paul, son of famous libertarian congressman Ron Paul. Paul has resuscitated an "audit the Fed" bill that might seek to establish, among other things, the firms around the world to which the Fed has lent substantive funds.

There are two issues here: One, apparently the Fed made short-term loans in the billions or even trillions to overseas firms, mostly in 2008 – loans its charter may not permit. Second, the Fed has apparently never received payment on some or many of those supposed short-term loans. Unearthing this information, even part of it, might further damage the Fed as an institution and increase pressure for more Congressional oversight.

On the other hand, as ZeroHedge tells us, perhaps the "Fed Shouldn't Worry About Losing Credibility: It Already Lost It."

This article was posted at the site in mid-September and revolved around the issue of whether the Fed would or would not hike rates. "Either outcome has become a losing proposition," the article stated.

The reason for this perception was the article's suggestion that no matter what, financial markets around the world would perceive the Fed in a negative light that might translate into negative performances.

If the Fed does not hike, it will admit all its caveats about data-dependency (in an economy with 5.1% unemployment and a record high number of job openings) was nothing but a lie, and again expose itself as a muppet of the wealthiest market participants.

This is certainly a good description of how many view the Fed. Of course, we know now that the Fed supposedly decided not to hike because of instability generated by Chinese stock market volatility.

Likewise, apologists are already peppering the Internet with cautions about the Fed's further deliberations this year, claiming that the Fed cannot hike in 2015 at all because the Paris bombings have simply made markets too volatile.

Where does an institution like the Fed go from here? I'd suggest that the same Western leadership that created our current central banking system worldwide is not patient with institutions that have outlived their credibility.

We've pointed out in past staff reports that people's trust in the US Congress is in the single digits and that around the world people are generally losing faith in regulatory democracy. The solution, we've suggested, is a transition to global technocracy, a system in which nation-states and multinational corporations provide leadership within a more globalist context.

Likewise, I'd argue, the Fed is destined to be replaced by a more globalized central bank, perhaps an offshoot of the International Monetary Fund. Or perhaps the Bank for International Settlements will be reshaped with new responsibilities. Either way, it seems to me the Fed is "damaged goods" and as such is due for at least a downsizing and maybe more.

As this plays out, no matter the ultimate outcome, markets will become significantly more volatile than they are even today. Profit prescriptions, among others, will surely involve investments in pre-public opportunities that are not directly exposed to public marts – and also "lifestyle solutions" including precious metals, second homes, second passports, etc.

We are going through a momentous change in the world's economy – due to what we have called the Internet Reformation – and each of us has the duty to protect our portfolios and our loved ones security with increased vigilance. These are not hypothetical statements, unfortunately, as we have already seen.