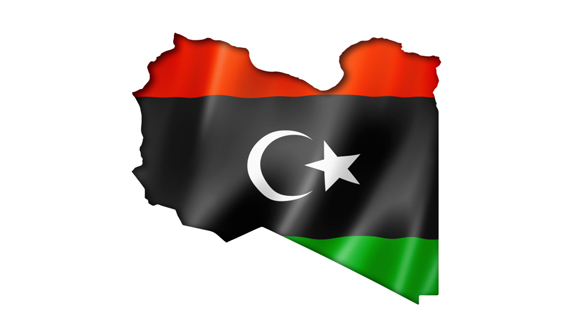 In The Unspontaneous Libyan Revolution written some 10 days ago, we suggested that like other so-called color revolutions, the Libyan uprising was anything but spontaneous. There is considerable evidence of orchestration of all of these sudden efforts at regime change and in a series of articles, we've tried to show how the West and America in particular is behind them, certainly as a catalyst.

As I pointed out in Mid-East Conflict Not Exactly About Oil, it is the control of the pricing mechanism of oil (via the dollar reserve system) which is essential to funding and ongoing advance towards global governance. But there's even more to it than that, as we'll discuss below. These color revolutions are far from transparent. In this article, I'll return to some of the points I made previously, not only in these pages but during one of my interviews with Russia Today on the topic: I predicted a few weeks ago that Qadhafi was not long for this world as a major power player, or if he did manage to hang on, Libya would assume a kind of Somali-profile, where feuding power nexuses rendered the center fairly impotent.

What are the results we've seen so far? The globalists have used the Libyan uprising to considerable advantage. The US has made a pretense of reluctance to get involved with the fighting and thus reinforced the idea that the UN itself is in charge of Western warfare. (It took a UN resolution to generate the consensus for the just-enacted no-fly zone.) Obama has also made it clear that Libya is within the "EU's sphere of influence" – thus further legitimizing the European Union as an international actor, both politically and militarily. (It still doesn't have a standing army, but wait…)

Once the UN resolution was passed, President Barack Obama acted quickly, and alone of course, without any declaration of war from Congress. He issued yet another ultimatum to Qadhafi, warning him directly that he must vacate his office. And then he – personally – dispatched the US Navy to the Libyan coast. This despite "dithering" for two weeks! Even if Qadhafi retakes Benghazi it is likely that hostilities will continue, or at least that a cold war will replace a hot one.

Obama has seemingly played the propaganda war like a fiddle. The Afghan conflict is increasingly terrible to watch, given the mounting civilian casualties. But who can complain about unseating a brutal loon such as Qadhafi? This is surely a fresh little war, no matter how it unwinds, intended not only to reestablish the West's (and America's) "good guy" credentials but also to take people's minds off the lousy economy, the Japanese radiation blowing around the world, etc.

Let's not forget the precedents either. Barack Obama is very busy setting and resetting military precedents with this latest non-war. Such precedents are especially beloved by the Anglosphere (which seeks untrammeled power for the US executive branch). Those pesky constitutional issues such as declaring war are to be ignored in the breach. The constitution, you see, is a living document. It changes with the times. Declaring war is so … yesterday.

Of course, despite the many positives that have come out of the Libyan conflict thus far (from a power-elite point of view) there have been undeniable complications. The Libyan revolution has proven more complex than the Egyptian and Tunisian revolutions, which proceeded fairly smoothly and without much violence, which is apparently the way Foggy Bottom prefers it.

The Libyan uprising has been complicated by violence, and apparently by the participation of some outside fundamentalist Islamic forces that have joined with indigenous rebels in common cause. Muammar Qadhafi's regime is ultimately a secular one, and that's held against him by Islamic powers-that-be. It's one reason the Arab League is willing to take action against him. Nonetheless, elements of "rebel" forces seem quite sincere, and domestically drawn as well. It is a revolution that includes shop-keepers, professional classes and disaffected military in addition to whatever outside populations have joined in.

No matter how much Qadhafi did for Libya originally, such rulers inevitably outstay their welcome, and Qadhafi is likely no exception. He was clever, no doubt, which is why he's lasted so long; he's maintained, calculatedly, that he is NOT the ruler of Libya (the people are) and that he is merely an advisor to the revolution. He's pitched his tent all around the world, signifying as he does so that he's a tribal person who has not forgotten his roots. Indeed, he hasn't. Like any other dictator, he has a power base, and in his case it is a tribal one; he even takes his name from it. And he's enriched his tribe and provided it plenty of oil revenue.

But no one stays in power for 40 years without SOME personal and familial enrichment. Qadhafi is said to be worth tens of billions – or at least he was before his assets started to be frozen. Now his properties outside Libya are in jeopardy, and his plans for interfamilial succession are similarly suspended. Like Ben Ali of Tunisia or Mubarak of Egypt, it will not end well for Qadhafi, no matter how he fights back.

Whether Qadhafi manages to hang on or not, he is already on notice. It actually happened several weeks ago when Obama warned him he would be "held accountable" even if he steps down: Here's what the State Dept.'s P. J. Crowley (now resigned) told reporters at his daily news conference, back then: "We want to see Qadhafi step down, and one would infer that in stepping down it is probably best for him to leave the country, to allow a different government to emerge. Any departure from Libya does not exempt him, his family, or others from responsibility and accountability for what has occurred."

Of course, the situation has "evolved." The United States and its allies are likely up to their necks in the Libyan revolution, and now they are in it publicly as well. The participation has ramifications beyond the cleverness of the two previous color revolutions. In fact, one could postulate that despite the success of these "peaceable" uprisings, the old verities of regime change are reasserting themselves: violence is more often than not a necessary part of such movements, especially if the "oustee" is willing to use maximum force to hold onto power.

So … perhaps the tone of these overthrows has begun to change. Yemen, Bahrain and Saudi Arabia (Iran, too) are all facing ongoing protests and have reacted brutally; the youth movements spawned and cultivated by the Anglosphere are alive and well but they are experiencing considerable counter-force. The West, which has kept these cosseted tyrants in power for decades, must now turn against them with increased force of its own.

Let us not forget oil. Middle Eastern conflict tends to push up the price of oil, further inflating a gamut of food and energy prices, which in turn destsabilizes Western middle classes and impoverished countries alike. The power elite, wants to preserve the dollar/oil reserve conversion but at the same time it seems intent on general global destabilization.

Is the idea, as well, to set up regulatory democracies in these bleeding countries? Perhaps such entities will eventually evolve into Islamic theocracies; that's surely a political default. An Islamic crescent throughout the Middle East and Africa is perfectly acceptable. The "war on terror" becomes infinitely more feasible when there are actual Islamic states to focus on beyond Iran or the ephemeral al-Qaeda. Domestic authoritarianism is driven by perceived "enemies," and there is no doubt that Western powers are pursuing domestic civil rights crackdowns with a vengeance.

These Western-inspired color revolutions are evolving in ways that are both predictable and unpredictable. But one thing is for certain; they are not what they seem. Where they are headed, and how they will ultimately change the geopolitical context remains uncertain. (Though increased chaos seems a given.)

In any event, Western elite arrogance is remarkable. Wars are unpredictable, easier to get into than out of. Mishandled, the war risks making Qadhafi look heroic. And there is always the danger of "mission creep." One starts with a brief intercession and ends up trying to rebuild a nation. The Anglosphere has over-reached before and, driven by desperation and inexplicable urgency, may do so again. We shall live, as always, with the consequences.

To watch the RT interview referenced in this editorial, click here.