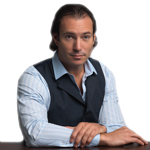 EDITORIAL
Limited Hangout at the Fed vs. the Internet Reformation
By Anthony Wile - October 22, 2011

The Federal Reserve needs more transparency, as noted in a report last week from the Government Accountability Office, a "nonpartisan" research division of Congress. But this is nothing but an elite limited hangout. In this article I'll try to explain why.

I'll also try to address whether or not this sort of "limited hangout" will have the desired effect on what we call the Internet Reformation. What's happening today happened 500 years ago with the Gutenberg Press.

The Gutenberg Press allowed the printing of Bibles in vulgate, and that in turn allowed people to read the Bible (previously hand-written in Greek) and to understand what was in it.

Eventually, people discovered the leaders of the Roman Catholic Church of the day had lied about the Bible and manipulated its contents for their own gain. This in turn helped lead to a backlash against the Church, which helped foster the Renaissance, the Protestant Reformation, the populating of the New World, etc.

The same thing is likely happening now; the Internet is blowing up the Old World. The great families of the Anglosphere that dominated the globe so thoroughly in the 20th century are in a race against time to build global governance before the instinctual, human "hive mind" tears down all the painfully prepared constructs of international domination.

The Anglosphere power elite manipulates the rest of us via the use of dominant social themes. These fear-based memes are intended to push mostly Western middle classes into handing over power and authority to specially prepared globalist solutions such as the IMF, WHO, UN, etc.

In the 21st century, thanks to the Internet, these dominant social themes have been increasingly exposed. Resentment is growing as the larger manipulation is seen for what it is. The Internet Reformation gradually, inexorably expands. The human hive mind absorbs certain information almost instinctually.

It is like a force of nature. Eventually, the elites may be forced to take a "step back" as they have before. But before this happens, there will be much chaos and more wars. It's started already.

Yes … the elites fight back. The great central banking families apparently mark their dominance over centuries and believe that God – or Satan – has given them a divine brief to straddle the world. As God helps those who help themselves, these entities are surely pro-active about asserting their "divine rights" to rulership.

The elites move continually toward their goal of one-world government in a race against the truth telling of the Internet. And as they do so, they are doing their best to co-opt movements that spring up as a result of the Internet Reformation.

In America, the Tea Party movement began as a grass-roots rebellion against the mercantilist and authoritarian system that the elites are continually pushing on the rest of the world.

In Greece and greater Europe, unions are organizing "protests" as to provide an outlet for mass anger. The Occupy Wall Street movement seems to have been created to serve as a bookend to the now-co-opted Tea Party movement.

Thus, the Hegelian Dialectic is imposed. The elites invent nothing much that is new. Their "playbook" spans generations. They have the advantage of a long frame of reference handed down from father to son and enshrined in private libraries in Venice, Rome and London.

Surely, they are aware of the "blowback" that will come as they attempt to shove this wretched world into the cul de sac of global governance the way tiny wooden boats are enclosed in glass bottles.

And thus, transparency. And the implementation of the "limited hangout."

This is surely the reason for the recent GAO report and for the stirrings in Washington against the Fed. In the largest sense it is planned even though the players themselves may not fully understand their roles or the developing manipulations.

Congressman Ron Paul is conducting an audit. Rep. Dennis Kucinich (D-Ohio) has introduced a bill to make the Fed an entirely public entity. US Senator Bernie Sanders, a self-described socialist from Vermont, has seized on the GAO report to demand more accountability and "transparency" from the Fed.

Congressman Ron Paul is likely not part of this "hangout." But all you need to know about Sanders' initiative is that the people picked to head his working group include the Leftist "economist" Joseph Stiglitz, a Nobel Prize winner and former top adviser to President Clinton, and Jeffrey Sachs.

Sachs is "director of the Earth Institute" (whatever that is) and special adviser to United Nations Secretary General Ban Ki-moon. These two individuals are facilitators (formal or not) of the one-world government that the elites are now imposing. Expecting Sanders or his "initiative" to create real change is a vain hope.

Of course, the Fed's top honchos are in the mix as well when it comes to this sort of damage control. "Small steps" will be taken to "manage potential or actual conflicts of interest."

The problem is that central banks fix the price and volume of money. And price-fixing never works. See here: "Ron Paul WSJ Article: Fraud of Central Banking is Price Fixing."

These two themes, when taken together, are a portmanteau that can travel around the world, homogenizing governments and making them ready for the "final combining." That's how the elite works. It uses chaos as a springboard to create a further false reality that accommodates the goals of global governance.

The reason to analyze the dominant social themes of the elite is that it helps us understand the world we live in. The meme of central banking lies at the heart of the elite's world domination and control and transparency is a meme that is being developed to counteract the growing rage over central banking's dysfunction.

We need to be aware of these themes and counter-themes. If the system undergoes a controlled collapse, the result will be one thing. If the collapse is uncontrolled – if the elites cannot manage it – the outcome will be unpredictable indeed.

The entire banking system could collapse. Fiat money could turn worthless. Gold and silver could reassume a historical place at the center of the economy. Governments could fall and tyrants rise. Or perhaps freedom could expand into the power vacuum left by the elites' retreat.

It may be hard to tell the difference between planned chaos, designed to usher in world government, and the chaos that comes as human affairs unravel and then re-evolve. Be wary. Be watchful. You have a portfolio to manage. A family to protect.