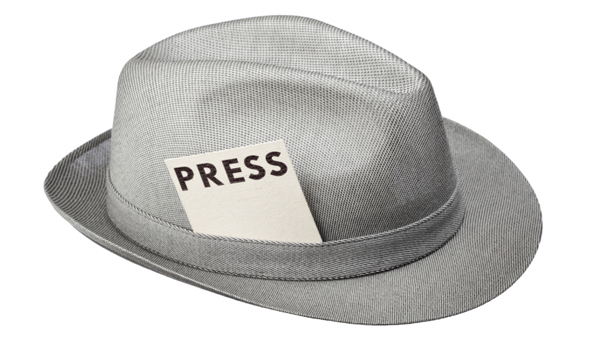 We have noticed a trend toward boldness – even brazenness – when it comes to manipulating the media in the US. It's as if politicians especially are not even bothering to hide their intentions.

We recently ran an article entitled, "Congress Mulls Licensing Speech?" that reported on this trend.

The subject of the article was the shield law that Sen. Chuck Schumer of New York was trying to push through the US Senate. Schumer was portraying the bill as something that was needed to protect "journalists" from US Intel agencies that are increasingly asking courts to place reporters in jail for not revealing their sources upon request.

Of course, what would have been more reasonable – were Schumer ever apt to be reasonable – would be to pass a law forbidding Intel agencies from trying to put reporters in jail.

This doesn't seem to have occurred to Schumer, however. Or more likely, it occurred to him but he discarded the idea. Instead, he wants the government to protect "journalists" – at least the ones that he wishes to formally designate – by passing a law defining what "rights" they have.

To get across the idea of what Schumer was really after, we used the word "licensing." We wrote:

If it weren't tough enough to distinguish fact from propaganda, the US government is surely getting ready to hand out licenses to "approved" reporting facilities … sooner or later anyway. Of course, that's not how it's being reported by these same facilities. They're explaining that it is a "bill" that will address "gathering information."

We went looking for mainstream media commentary that defined Schumer's bill as licensing but at the time we couldn't find anything. However, more recently, an article posted at Breitbart.com DID define it that way. Surprisingly, it was a politician that provided the term: the number two Republican in the Senate, John Cornyn, (R-TX).

"They want to pick and choose which journalists are covered," the Texan Republican told News. "In other words, if you're a blogger they might not cover you, but if you work for the New York Times they might. Given the changes in the way we get information and the way we consume news, that really smacks to me in essence of government licensing who's an official 'journalist' for the purposes of a shield law and who's not. If there is one thing I can glean from the First Amendment, it is that government should not be in the business of licensing the news media."

Cornyn also told Breitbart that Schumer probably didn't have the votes to pass the bill, even though he claimed to, and that Cornyn and others were going to fight hard against it. ""It's totally inconsistent with the notion of a free press and the First Amendment," Cornyn said.

While Schumer seems to have an increasingly difficult legislative task on his hands, another media-oriented Democratic initiative has just gotten underway. The Weekly Standard reports that "Valerie Jarrett [goes] to Hollywood to Get Obamacare in Movie, TV Scripts."

Jarrett is one of President Barack Obama's most important advisors and thus, her trip to Hollywood must be seen as a measure of just how significant the administration believes media placements are to the fortunes of the new health care legislation.

What is interesting about Jarrett's Hollywood focus is that rather than attempting to downplay it, Jarrett has been making her effort into a media campaign itself.

Here's how the Weekly Standard reported on it:

A top advisor to President Barack Obama is in Los Angeles to try to get Obamacare written into scripts of TV shows and movies. Valerie Jarrett explained in an appearance on Top That! on PopSugar.com.

"That's the cool thing," a host said to the presidential advisor. "You've been reaching out to people that are, you know, outside of the norm of what the president might work with. Who else are you working with? Like celebrities, personalities, things like that?"

"You name it," said Jarrett. "That's part of why I'm in L.A. I'm meeting with writers of various TV shows and movies to try to get it into the scripts."

When Jarrett says "it into the scripts," she's referring to getting references to Obamacare, the president's signature legislation, into the scripts of TV shows and movies.

She continued: "We're talking to celebrities. We're talking to athletes, because obviously they get injured a lot and many of them are the same age as the market we're going after.

And what they can say is, 'Look, you never know when life is going to throw you a curve ball. You're walking down the street, you're a little clumsy, you trip, you fall – where do you end up? Emergency room. A couple grand just to walk in the door." "Right," said the host. "Who can afford that?" asked Jarrett. "Nobody," said a host.

Is what Jarrett doing really "cool," as she describes it? Bluntly, she's using public funds to influence private corporations to promote a specific and controversial legislative agenda that has just federalized one-sixth of the economy.

While this is done regularly by a variety of federal agencies, none of the officials of these agencies have ever embarked on a media tour to publicize of it. This is why I used the word "brazen" at the beginning of this article.

In the 20th century, it was fairly easy to conceal media manipulation. But not so in the 21st. From marijuana to what we call the "Wall Street Party," we can see very clearly how memes are constructed and disseminated. In fact, we know nearly as much about them as their producers.

People like Schumer and Jarrett have decided to make a virtue of their unwanted transparency – probably because they cannot do anything else. But advertising the mechanism behind these promotions doesn't make them any more attractive.