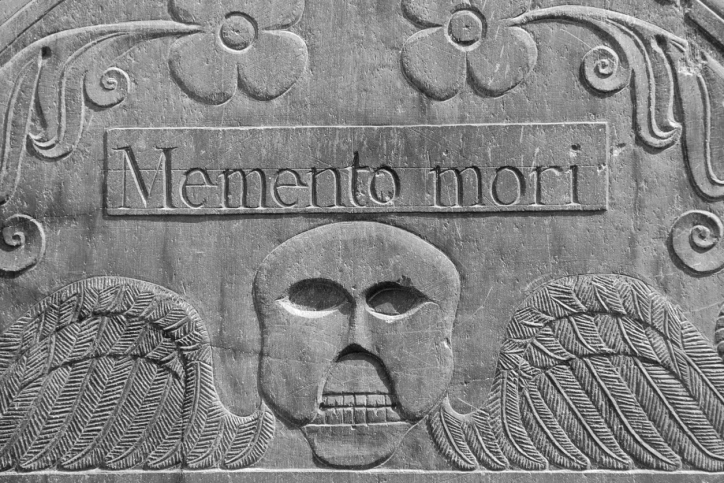 Colonial American art saw a large number of memento mori images due to Puritan influence. The Puritan community in 17th-century North America looked down upon art, because they believed it drew the faithful away from God, and if away from God, then it could only lead to the devil. However, portraits were considered historical records, and as such they were allowed. Thomas Smith, a 17th-century Puritan, fought in many naval battles and also painted. In his self-portrait, we see a typical puritan memento mori with a skull, suggesting his imminent death. – Wikipedia

Here are some of mine.

What if someone set up a society that would first and foremost offer a path to promote self-reliance strategies and positive expectations about life and living?

What if someone set up a society dedicated to a message of anti-state interference? What if that society put forward actionable ideas?

Of course, such a society would be a kind of contradiction in terms. Those in the freedom movement (which we've tried to be part of) tend to believe in individual human action. Banding together under a formal platform with a formal organization and a formal logo is somewhat antithetical to that larger concept.

But perhaps, even granting that, those who care about freedom and building a better life outside of an increasingly invasive structure of government (married to corporate privilege) ought to gather their voices together.

Perhaps, in voluntary structures, they ought to send clear messages where necessary, let the powers-that-be know that we are bigger than they are and that as individuals we resent what could be called the "thievery of time" that lies at the heart of oppressions of all sorts.

What if we could roll back centralization to pry the world loose from a "democracy" that has failed and the larger insidious agenda that acts as an emotional cloak for the masses – masses that mostly never question the evil covered up by that cloak?

What if we could help bring this about … change OUTSIDE of the system: freedom without compromise … an environment in which one can take individual human action to live freely in an unfree world? What if someone set up a newsletter that supported the rights of the individual within the context of time-thievery? A society of like-minded people who choose to take a stand in the face of evil.

Time is precious. We are born and we die. Do you remember this every day? Do you?

It is your journey and your time to spend doing what you wish. Don't assume your desires are necessarily important for others. But you only get one journey to live. Your perspective is yours and it shapes YOUR reality. You choose which risks you wish to take in order to live your life, according to your time.

Those who formed the White Rose Society to resist Nazi Germany were brave and courageous students. Their willingness to stand up and make a difference created an impression that has lasted until today. Indeed, the symbology of the white rose has been embraced by individuals and groups standing in resistance to tyranny ever since, regardless of philosophy or political leaning.

With the fall of Nazi Germany, the White Rose came to represent opposition to tyranny in the German psyche and was lauded for acting without interest in personal power or self-aggrandizement. (Wikipedia)

As stated in the first leaflet of The White Rose, 1942, "If everyone waits until the other man makes a start, the messengers of avenging Nemesis will come steadily closer."

NONE of us knows when MIDNIGHT or death is to come upon us.

It is surely almost midnight now in terms of the state of individual liberties in this world.

What if these ideas could stop the clock? What if they could even roll back time?

Ideas have consequences. Ideas have power. Through use of the world's most powerful technology, the Internet, a freedom society can share a message of individual liberty, a guiding philosophy based upon two simple maxims:

2) Do not encroach on another person or their property.

If individual liberty is deemed to be of value, individuals must choose how to act and what risks to take in order to resist the tyranny that erodes such freedom. Collectively, individuals can magnify their voices and their actions.

What if through such a collective Internet megaphone our individual voices are heard, serving notice that we are here in a voluntary, organized fashion and that we are banding together to restore individual liberty?

What if we announce that we are taking back our lives, our time, from the thieves who have put in place structures and rules that erode our ability to live freely?

What if collectively, as individuals who choose to come together, we provide a voice to those who have none, and provide an educational process that will allow such individuals to surmount the system that looms about them?

Therefore every individual, conscious of his responsibility … must defend himself against the scourges of mankind, against fascism and any similar system of totalitarianism. Offer passive resistance – resistance – wherever you may be … Do not forget that every people deserves the regime it is willing to endure. … Support the resistance. Distribute the leaflets! (From the White Rose leaflets, Historyisaweapon.com).