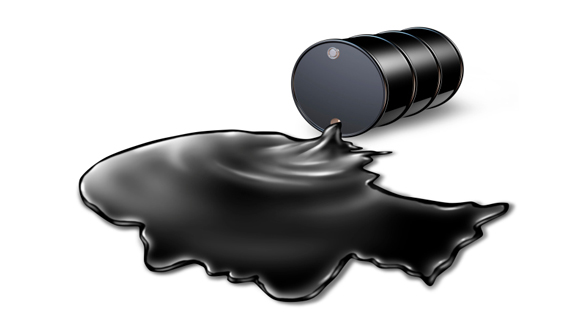 To say as many commentators do, that the color revolutions in the Mid-East and North Africa is about oil to miss the point. Well not exactly. Oil is an important part of the equation in so far as it relates to the greater agenda of the Western power elite to create global governance and a related global monetary/financial system (necessary to finance the plan).

See, it is not oil that anchors this century-old plan. No, the plan existed long before oil played such an important role in our present day economies. I'll come back to this point in a few paragraphs.

Many things change over time, such as how the elite was forced to re-group following the societal shifting impact of the Gutenberg press. Eventually, a new religion was born with Karl Marx and rebranded to suit a more generic interpretation; today it is simply called democracy.

Yet once again in history, some 500 years later, we see the power of a communications revolution to shatter the one-world plans of the Western elite. This time the game-changer is the Internet. And it is prying open previously locked doors that restricted the truth from exposing the inner workings of elite-inspired dominant social themes, themes that are echoed by mainstream Western media and governments.

And so it is with the oil theme being strummed by many peak-oilers and other weary Western apologists – willingly trumpeted by the mainstream media. Repeatedly we hear, in various iterations, that the reason for all of the invasions in Iraq, Afghanistan, Egypt, Tunisia, Libya, etc. is to either secure oil supply or transportation routes, etc.

We live in a world that is just starting to come out of the Dark Ages of elite control. Central banking has devoured the wealth and productivity of America, leaving a nation of debtors with no ability to service their obligations. The fiat-dollar and its fractional reserve (fraudulent) banking system has done its job well, when you understand the greater agenda. And the very tightly controlled mainstream media is 100% on board with the whole devious process.

Here's what you won't hear discussed on CNN or FOX or in the pages of the NY Times, etc.:

The US dollar, priced in oil, became necessary for ALL nations to maintain as a reserve currency. That is if they wanted to buy any oil – as dollars were what the Saudis and the rest of the OPEC members would accept. This created the effect of an ever-growing demand for dollars. And like any Ponzi scheme, you need an ever-expanding base of demand, or else it crumbles, which they all eventually do.

So, under the guise of spreading their new religion, democracy, Western elites have brought various developing countries under the control of non-elected world government agencies. If it were just about the oil supply, why wouldn't the US open up their vast oil resources in the mid-west? The answer is because it isn't really about oil at all. It is about maintaining the global oil trade in the fraudulent US dollar so that the 20th century game of wealth redistribution and mind manipulation can continue. After all, it was working so well, wasn't it?

More and more are waking up to the realities of what exactly the dollar is and how it has been used to suck the lifeblood from Western citizens and destroy any hopes of progress for developing nations too. And so it is that today we have another major societal shift unfolding before our eyes. The elite are spinning out of control. Their global agenda is easily visible, their dominant social themes are easily dissectible, and their financing mechanism equally simplistic and understandable – as corrupt as it is.

Is it a coincidence that the nations states that are targeted for immediate democratic revolution are those primarily rich in oil? No. Those states, rich in oil, are the very threat to the global agenda of the Western elites, not because they will restrict shipment of oil, but because they are likely waking up to the fact that the US dollar is finished. The game is up so to speak. The ‘Net is where the real revolution is happening and it is one driven by a desire to know the truth about societal manipulation and control.

Did Western powers really invade Iraq because Saddam was a bad guy or because the West needed his oil? Or is it because shortly before the invasion he declared his intentions to sell oil for other currencies besides the US dollar, even in the only form of real money that truly threatens the fiat-money one-world-order kings – gold?

Do Western powers really want to invade Iran because of their nuclear ambitions (anti-democratic right?) or to secure its vast oil resources? Or is it because Iran's leaders have also determined that if China, for example, wishes to buy its oil why should they trade it in US dollars? Especially when it is on its last legs and on the verge of a complete collapse? Do Western powers really care about the people of Venezuela and the need to instill "democracy" in that country or to secure its vast oil reserves? Or are they focused instead on making sure that Chavez trades his oil in dollars as well?

The same goes for Libya, Tunisia and the rest of the oil-producing world. Oil is the one commodity that all countries need and it is imperative for the elite focused on the greater agenda of implementing one-world government that the fiat-money financing tool be utilized in international trade. The Ponzi scheme requires it. Without the ability to continually create endless amounts on money-out-of-nothing, which central banks do, there would be no ability to fund the globe spanning US industrial complex that enables the Anglosphere elite to utilize the US as its bad-boy enforcer.

Once the Iraqs, Irans and Venezuelans of the world start to back away from the dollar reserve they are attacked as being anti-democratic and a litany of supporting evidence is trotted out of the elite's meme factories, UN, CFR, Trilateral commission, etc. And like a precision Swiss watch, the mainstream Western media and bought-and-paid-for government officials trumpet their coordinated propaganda right on cue.

The Mid-East today is being force fed democracy. It is a failed religion, one that promises endless social benefits that require a fiat money, central bank controlled, IMF governed, fractional reserve (fraudulent) monetary system in order to fuel the enslaving dream while artificial wealth is illusorily created – albeit temporarily. As I stated in a recent interview with Russia Today on the West's intruding and hidden hand in fostering these color revolutions with an eye toward installing "democracy." But Western regulatory democracy is a morally corrupt and socially enslaving philosophy. Why would the people in the Mid-East want to embrace it?