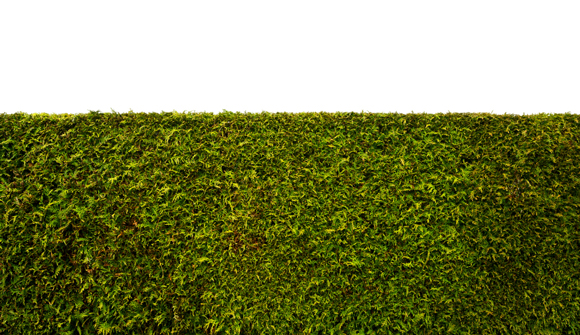 EDITORIAL
Most Bizarre Hedging Statement Ever?
By Anthony Wile - November 23, 2013

Just look at this. Here it is in all its glory, from a recent Bloomberg article entitled "Gold Analysts Most Bearish Since June on Fed Taper: Commodities":

"For safe-haven assets, there's no point because the economy is recovering," said Andrey Kryuchenkov, a commodity strategist in London at VTB Capital, a unit of Russia's second-largest lender. "The dollar should remain strong, and that's what should cap any upside in gold anyway. Consumer demand is slowing down. It will recover, but not at the moment."

It's really an incredible statement … that in a market this artificial and this inflated, one shouldn't be taking counter positions if one can manage it.

Gold analysts are the most bearish since June as the Federal Reserve signaled it may ease stimulus "in coming months" as the economy expands, cooling demand for an investment haven.

Nineteen analysts surveyed by Bloomberg News expect prices to drop next week, nine are bullish and three neutral, the largest proportion of bears since June 21.

The metal is heading for its first annual drop in 13 years as some investors lost faith in gold as a store of value, fueled by concern that reductions in $85 billion of monthly Fed bond buying will ease the risk of accelerating inflation.

Gold rose 70 percent from December 2008 to June 2011 as the Fed pumped more than $2 trillion into the financial system. As of Nov. 19, four of five investors, traders and analysts who are Bloomberg subscribers expected the Fed to start reducing its monthly bond buying in March or later, with 5 percent looking for a move next month, the Bloomberg Global Poll found.

We've explained how modern business cycles work numerous times: Surely readers that stop by here are aware of the fundamentals.

While there is some controversy about the monetary/volume theory of volume, as there is with so much else involving money, the basics still seem to prove themselves out on a regular basis.

First, central banks stimulate by printing fiat currency and then people are fooled by so much circulating money into making imprudent investments. Eventually, markets crash and people are suddenly impoverished. They are laid off and lose their savings and benefits.

Their portfolios, shrunken by the downturn, are often removed at the very depth of the catastrophe because people aren't sure how they are going to pay their bills.

Slowly the cycle picks back up. The Fed prints relentlessly and gradually markets reflate, but the market is still stuck in the "crash" cycle.

The crash cycle in the 1970s only reached its fullness with the feverish purchasing of precious metals mining stocks. This is because as the price of other forms of metals investing becomes more expensive, investors turn to cheaper assets that have not yet been bid up. Mining stocks are usually the last asset class to inflate as the golden bull reaches its apogee.

We are asked to believe two points regarding the current cycle. The first is that other forms of paper gold (exchange-traded funds) have siphoned off the money that would ordinarily flow to gold mining stocks. The second is that this particular business cycle has matured and finalized without any "paper gold" blow-off except perhaps within ETFs – which are not in any sense mining stocks per se.

Yet these above arguments can also be rebutted by the inexorable movement of markets themselves over time. While free-market economics tells us that we cannot predict the future, there are certain historical patterns that seem to repeat themselves because of the collision between government force and the larger market (of aggregate individual decisions) itself.

Empires rise, decline and fall, for instance. Markets forced up by price-fixes such as state-enfranchised monopoly central banking reach a feverish peak often referred to as a "blow-off." These are observable, repetitive phenomena. Markets generally have patterns from a historical perspective.

In the case of the gold market, there seems to be little doubt that it is one of the most highly controlled in the world. We make this statement based not on any peripheral commentary but on the price-fixing that occurs daily via the London gold market. Here, from CNBC, relaying a recent report, ironically, from Bloomberg:

Gold benchmark price review launched … Gold has joined the list of global assets and indexes under review by the U.K. financial regulator, according to a media report. The U.K. Financial Conduct Authority (FCA) has begun a preliminary look at the benchmark rate for the precious metal, according to a report by Bloomberg news agency, who quoted a source familiar with the situation. This forms part of a wider scrutiny by officials to find out how global benchmarks are set. The source didn't disclose which gold benchmarks were part of the probe and, when contacted by CNBC, the FCA declined to comment.

We are told that the daily gold fix got its start in 1919, and like the rest of the directed history that we are exposed to in this world, there will surely be many reasons advanced for its adoption and continuation, including the end of World War One and the necessity to try to return a pre-war financial system.

Again, one has to look at patterns to determine results. Sure, human beings may be biologically pre-programmed to seek out patterns where there are none, but the patterning of price fixing is fairly easy to determine when it comes to money, which in the modern day is shot through from top-to-bottom with legally driven methodologies.

Many of these, incredibly, are mandated by law, which only shows us how often modern technocratic law can make an ass of itself. It is now nearly a century later, and still a consortium of banks gather together twice a day to determine and set the price of gold. This same system is employed to set bank inter-market trading rates (LIBOR). The results are evidently the same, as well: a broad gamut of price fixing.

The most egregious example of price fixing is central banking itself, a system employed around the world to regularly set the volume and price of money – as if the market itself is somehow incapable of generating the requisite result. We call such logical fallacies "dominant social themes."

Talk to hedge fund managers, traders and others with insight into the market, and they often express the view that the gold market was "manipulated down" in the past year.

The combination of mandated price fixing and the unsettling sight of buyers in China and India lining up to purchase the yellow metal can surely provide a rational suspicion that precious metals prices are not conforming to any known, unimpeded market-based supply-and-demand curve.

Heck, if we read the Bloomberg article correctly, they don't even want you to hedge with the stuff. They're determined to suck every last drop out of the gold market that they can possibly withdraw. Let us therefore add this above egregious comment to other evidence that a stock market promotion is being organized to further force equity markets up as part of a "Wall Street party."

Those behind this orchestration are not content with manipulating the price of gold down (and now a formal investigation has been launched into this alleged "lack of transparency" – one that may likely come to naught, but at least it's a start).

They are not content with creating and implementing the JOBS Act that revises the market to allow private investments to be marketed publicly and even globally.

They are not content with determinedly keeping the monetary taps wide open when it comes to central bank (and especially Fed) currency printing programs such as "quantitative easing." For instance, the US's uber-dove, Janet Yellen, is about to ascend to the Fed throne.

And now we have this absurd statement that people need not hedge their investments anymore because the economy is "recovering."

Really? According to Shadow Stats, inflation in the US is running a little under 10 percent and unemployment is close to 25 percent. In fact, no numbers are good numbers in the US because so much of the economy has been forced underground.

But nonetheless, things are lousy. There is no real recovery except in the "financial markets." And here we see yet more decoupling as the averages create terminal escape velocity leaving any fundamental earnings data far beyond.

This is a bubble in the making. And like any promotional symphony, new elaborations are being added daily. The latest meme: You don't need to hedge.

Well, let us go along with that logic as we conclude this week's editorial. "They" don't want you to hedge because they are planning on kicking this stock market (especially the US consumer based one) into high gear. Hell, it's already there and yet it seems barely to have begun.

This last blow-off is going to be a merciless one that will precede perhaps a movement toward a more global currency or a diminishment of the dollar reserve standard itself.

Many may be tempted to sit out this latest – promulgated – rally based on the obvious and evident macro-manipulations. And I will continue to point out the various machinations that are setting up the Party.

They are a long ways away from snatching the punch bowl on this one and fortunes will be made because one thing this sort of vast manipulation portends is volatility and plenty of it.

Is the market a kind of Titanic heading toward an iceberg? Of course it is. Nothing lasts forever, especially nothing so determinedly manipulated. But it's going to be a helluva ride. Those on that ill-fated and majestic boat no doubt enjoyed the trip right up until the end.

But it's all about timing. Those who got off the Titanic at Queenstown before heading out across the Atlantic were exposed to the psychic thrill of traveling on the world's biggest boat while escaping its tragic end.

You can benefit from markets like this – and if I'm correct, astounding fortunes are going to be made before this last leg retires.

But you have to be careful and disciplined and choose the right sectors. Visit here regularly for insights on this Wall Street Party, its ups and downs and inevitable yet unkown end-date.