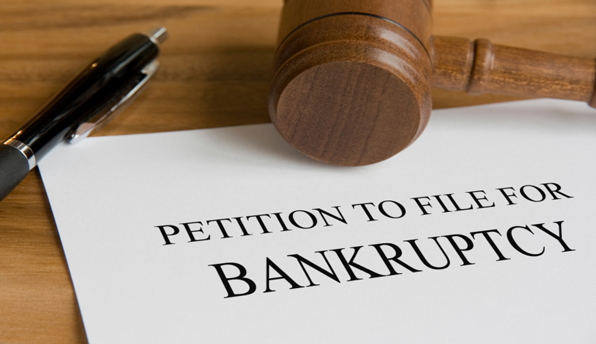 Up until Friday, there were reports that the Mt. Gox bitcoin exchange in Tokyo was going to survive in some form. Maybe it would be bought, or the hack, if there was one, would be tracked, or perhaps it was merely a matter of accounting and any bitcoin loss would be accounted for.

But on Friday came the news that Mt. Gox had filed for bankruptcy protection while officials say that 850,000 bitcoins, worth several hundred million dollars, were not where they should be. Seemingly gone, in other words.

The head of SecondMarket is Barry Silbert, and here's something from a LinkedIn bio:

Barry Silbert is the Founder and CEO of SecondMarket, a platform that enables private companies and investment funds to more efficiently raise capital and provide liquidity to their stakeholders by simplifying complex transaction workflows, streamlining investor onboarding and verifying that investors are accredited.

Prior to founding SecondMarket in 2004, Barry was an investment banker at Houlihan Lokey and graduated with honors from the Goizueta Business School of Emory University, and holds Series 7, 24 and 63 licenses.

Silbert is basically in the business of providing liquidity to "private companies" and their investors – especially those that want to buy or sell shares or to take advantage of liquidity in various securities that are not traded in the traditional sense. Bitcoin is that kind of asset — non "public" … but there is demand for it, or at least there has been.

A feedback below the Washington Post article provides us with additional insights.

So basically this is what used to be called the "curb exchange" where anything that couldn't be bought or sold out in the regulated market, or traded by major institutions with reputations at stake, was pushed by hustlers, let the buyer beware.

Now you have to understand that bitcoins are NOT going away, any more than CDOs MBS, or interest rate swaps were killed by the housing crisis. It's just going to be moved away from the chaotic antics of the techno-rubes, and brought where the looting can be done in a organized and protected fashion.

Bitcoins WILL go mainstream, at least to a degree, but it won't look anything at all like it's creators futuristic visions.

It is interesting that Silbert steps forward at the same time as Mt. Gox deflates. Metaphorically speaking, Wall Street begins its embrace of bitcoin as the fanboys retreat. Was Mt. Gox taken down by the "feds"? The timing once again seems a bit neat. Was Mt. Gox not what it appeared to be from the beginning? Or if there was deliberate criminality, was the timing of what could be a law-enforcement takedown coordinated in some sense?

Yes, once again, the whole thing reads like a script out of a Hollywood movie. And we shall see how much more progress bitcoin makes and whether it becomes "anointed" as a chosen global currency. That would raise our suspicions even further.

Enter bitcoin forums and you will find many opinionated players banging on about their determination to continue this great experiment. But bitcoin has likely stopped being a great experiment, in libertarian terms anyway. This was already predicted at The Daily Bell last December in an interview you can see here:

Jesse Heaslip, Bitcoin Entrepreneur: How a Government Partnership Will Build a Bright Future

Jesse Heaslip is a very bright man and a dedicated entrepreneur. He is also a no-nonsense futurist and he told readers exactly what was going on with bitcoin and how it was going to happen.

A government partnership will build a bright future with bitcoin, he told our readers: Exchanges in the future would refuse anonymous wallets. If you want to trade, you will have to be identified.

Going forward, the primary advantage of bitcoin, he told us, would be an economic one. Its transaction costs were, at least for now, minimal. Of course, probably that won't last. When the regulators are through with bitcoin it may be as cumbersome, transparent and intrusive as, say … Western Union.

Bitcoin may well go the way of PayPal and other facilities that were supposed to provide greater freedom and less official intrusion. Look at where they are now. Perhaps there won't be much left of the great bitcoin experiment in the future except for the godawful blockchain that traces every transaction.

And before irritated fanboys begin to write to us that bitcoin is untraceable … "please don't." Just go read Heaslip's interview. He knows a good deal about bitcoin and exchanges and said flatly that bitcoin is, in fact, traceable. It's not anonymous and in the future will be less so.

Anyway, good luck to all who hold bitcoin. Some will make a good deal of money with bitcoin (some already have) if it doesn't entirely subside given the hammering that it's taken. But no matter what … please keep in mind that the world is not changed by TECHNOLOGY. The world is changed by those who USE technology. Technology without users is inert, useless.

What the Internet Reformation shows us clearly is that it is PEOPLE who are going to make an impact on the globalization that is taking place and perhaps even put a stop to it. Bitcoin won't. Nor will litecoin or any other electronic "coin."

The fanboys over at Reddit and elsewhere have got it wrong. It's a facile analysis. What changes society is education, bravery and a determination to take human action to build an independent life away from the promotional propaganda of the internationalist crowd.

Anyway, we have nothing to do with bitcoin.

However, we are focused on the rapidly developing marijuana industry and will have much more to say about this soon.

It is very difficult to educate those hyped up on the latest technology about the wisdom of the ancients and what they used for work and recreation. But there's power there. A kind of magic.

Invest in bitcoin and its brethren if you are inclined to do so but don't believe it is entirely secure. Don't believe that is "good as gold" – at least not the kind you take possession of.

There is an Internet Reformation gathering strength like a storm. But at the center beats a human heart, not a computer, not a coin. People build freedom as they always have throughout the ages, with their passion and their intellect. Technology, no matter how alluring, is merely an adjunct.