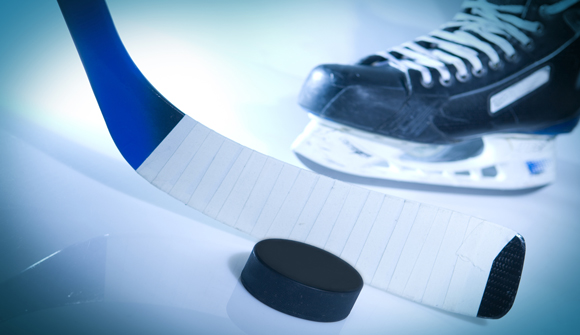 Hockey is a game I know – rather well, actually. As a young person I excelled at the sport and even left home when I was 14 to live and play in a city that offered better coaching and a brighter road to the NHL. Yes, like many other young people growing up in Canada, I was highly infected with a burning desire to don my skates whenever possible and hit the ice … preferably outdoors.

As I grew older and suffered through many knee injuries the prospect of playing professionally began to dim. Today I can truthfully say that I am thankful for that, although I certainly didn't always feel that way.

See, I have had many friends and teammates go on to join the upper ranks of hockeydom. I've watched as their candles lit and then burnt out, and then, sadly, saw how unprepared they were for life beyond the rink.

Perhaps this is a fate that is looming for one Tim Thomas, the goaltender who more than anyone else is responsible for the Boston Bruins winning the NHL's coveted prize and every young player's dream, the Stanley Cup.

I am so sick and tired of hearing "there is no 'I' in team." Of course there is. It takes a bunch of individuals to make a team in the first place. But that is not what this editorial is about. It is about one man having the courage to stand up for what he believes in, despite a massive amount of mainstream media pressure.

So what exactly did this two-time Vezina and Conn Smythe trophy winner do?

Mr. Thomas declined to join his team on a trip to the White House to meet with US President Barack Obama. Simply put, Tim Thomas made an individual decision to not to be part of a political grandstanding event for Mr. Obama, a soapbox politician if ever there has been one, to be sure.

And the media machine has been relentless ever since. It is nauseating to listen to these pundits opine on "Tim's lack of patriotism," or "whether or not he should be suspended for his ungrateful actions," or question "Who does he think he is putting himself above his team?" and other such pathetic nonsense.

I, for one, fully support this man and his efforts to retain some separation between himself and his sport – one that regularly puts war veterans on display at games throughout the NHL as a means to brainwash fans into believing these "heroes" are fighting for a "just cause."

It is all just "Bread and Circuses" and the players are expected to play their part in support of the greater meme: Athletes are like warriors, only they don't fire guns. Wars are necessary so be thankful you are not on the front lines while others do their "duty" to defend your "freedoms."

Anyway, here is what Mr. Thomas had to say in his defense on his Facebook page …

"I believe the Federal government has grown out of control, threatening the Rights, Liberties, and Property of the People.

"This is being done at the Executive, Legislative, and Judicial level. This is in direct opposition to the Constitution and the Founding Fathers vision for the Federal government.

"Because I believe this, today I exercised my right as a Free Citizen, and did not visit the White House. This was not about politics or party, as in my opinion both parties are responsible for the situation we are in as a country. This was about a choice I had to make as an INDIVIDUAL.

"This is the only public statement I will be making on this topic. TT"

Last night, during the team's first game after he declined the White House invitation, Mr. Thomas sat on the bench while his team lost 5-3 to the Washington Capitals. I wonder whether his coach was putting "team first" or politics when he decided to sit his team's most valuable asset?

Praise to you, Tim. You are a true patriot and whether or not you realize it – and I suspect you do – your statement couldn't be a bigger endorsement of another patriot with the courage to stand alone: Ron Paul.