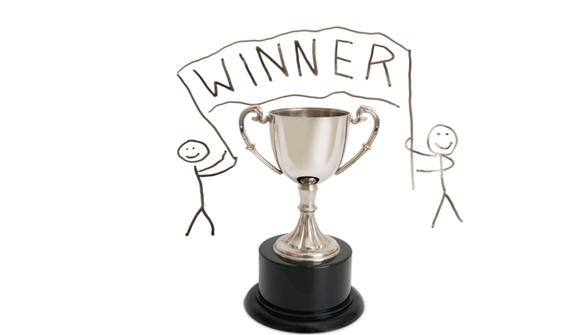 EDITORIAL
Nigel Farage and His UKIP Party Win Big in Britain Once More
By Anthony Wile - May 04, 2013

Drudge is featuring the news prominently – and it is certainly noteworthy. It looks like British voters are going to have a choice once more. Bully for them.

Picking between Labour and the Tories over the past decades (post-Thatcher) has probably been a painful process for British voters, as it has not been clear what the Tories actually stand for.

One could hold one's nose and vote, and apparently many did just that. As a result, today, the Tories rule with aid of the Left.

It's a little bit as if US Republicans kept hold on power with an assist from the US Socialist Party. It makes no sense, but then again, British voters are used to their politics not making much sense.

They haven't really had a choice since Margaret Thatcher was unceremoniously booted out of power by her own party for opposing greater integration with the European Union.

That's right! The Tories, a party of nationalism and conservatism, booted their own beloved leader out of office for not being sufficiently enthusiastic about merging Britain's identity with Europe.

And this despite polls that show British voters overwhelmingly do not want to be subject to the European experiment, resent the huge tithe to Brussels paid ever year and would be happy to be shed of the entire mess.

Thatcher anticipated and understood this larger sentiment and for this she was deposed, leaving the Tories wandering in the wilderness for many years to come.

This is not the accepted political history, of course, but it is the real narrative.

Tony Blair was the next major Labour figure and for a while "New Labour" was greeted enthusiastically by the British Left, including an irresponsible, lickspittle intellectual class that despised the idea of empowering rentiers, as Thatcher had done.

For this coalition, nothing but an expanded welfare state would do. Blair gave them a bit of that, but mostly what Blair gave Britain was war, following the lead of then-US president George Bush.

Much was made of the "special relationship" between the two countries, which in Blair's case seemed to consist of a willingness to commit troops to whatever battlefield George Bush selected.

Eventually – though none too soon – Blair lost popularity and credibility. He was replaced briefly by someone who was unpalatable even to the British Left, Gordon Brown … a dour political grafter. Brown didn't last long. He was replaced by David Cameron.

Tony Blair – thanks for small mercies – has not had a comfortable retirement, though it has been a lucrative one. He works for big Wall Street houses but when he makes a speech, former constituents often show up to try to make citizens' arrests for war crimes.

The farce has continued within the British government, as well. Cameron is widely seen as inept even within his own party and has trouble enunciating what he actually stands for.

There is a huge vacuum in British politics that the classical liberal wing of English political philosophy used to occupy. This is an honorable tradition that surely continues to exert a powerful attraction.

Now we can see the evidence … Enter UKIP to pick up the mantle of classical (libertarian) liberalism. Here's how SKY describes UKIP's latest victories.

Many hundreds of seats were contested … The UK Independence Party has made huge electoral gains and declared itself the "official opposition" – largely at the expense of the Tories – as Prime Minister David Cameron vowed to win back Conservative voters who had defected.

With UKIP averaging 26% of the vote in county council polls, leader Nigel Farage said he was "astonished" by the party's breakthrough, and put it down to what he described as the "total disconnect" between the "career politics" of Westminster and ordinary people on the streets. "UKIP is actually speaking the language of millions of ordinary voters," he told Sky News' Boulton & Co programme.

Speaking in his Oxfordshire constituency, Mr Cameron said he would "work really hard" to win back voters who switched support. The Conservative leader said all the mainstream political parties had "major lessons" to learn.

Lessons to learn, indeed. Am I alone in believing Cameron will not learn a single one? In fact, we wrote about gains the libertarian UKIP party was making some months ago:

As we have long predicted, what is happening in the US is happening in Britain. In the US, the political system is gradually splitting into a freedom wing and a state-controlled wing. And in Britain, thanks to UKIP, the same evolution is taking place.

We quoted The Daily Mail back in November 2012: "The UK Independence Party is now the main challenger to Labour in the North of England, leader Nigel Farage declared after his party surged in three by-elections. Mr Farage hailed UKIP's 'best-ever by-election result' after coming second in votes in Rotherham and Middlesborough, humiliating the Conservatives and Liberal Democrats who saw support collapse."

Britain is seeing the same sort of evolution as the US, in which voters who are fed up with the phony left/right paradigm are taking advantage of a small-state libertarian alternative. The real paradigm is freedom versus the state.

In England it is UKIP and in the US it is small-government wing of the Republican party, often referred to as the Tea Party. Nigel Farage heads the movement across the pond. Senator Rand Paul and his father Ron head the movement in the US.

Of course, Farage and Rand Paul are the leaders of a formalized "small government" movement. The grass-roots movement – probably in both countries – is a good deal more fevered and inchoate than that.

But in both countries, top elites have made every effort to tame the trend and bring it into some sort of alignment with regulatory democracy. And thus, even though people don't fully realize it yet, tomorrow's governments will likely be a good deal smaller than today's.

I'd be surprised if UKIP doesn't continue its current success. Britain is a wretchedly run country … one evidently and obviously organized secretly by the City of London's banking interests. It is these interests that have been propelling Britain into the European Union and promoting various British wars, as well.

There is, of course, a temptation to proclaim that Farage is merely another controlled figure in endless political manipulations. But even so, this gives us a clue as to how the British political dialogue is evolving.

We've often written that thanks in large part to what we call the Internet Reformation, the globalist impulse of the 20th century would be blunted and redirected. Those leading the charge to a brave, new (internationalist) world would be forced to "take a step back" – to the benefit of entrepreneurs and free markets everywhere.

Farage's success in Britain is similar to the success that libertarian-conservative political leader Ron Paul has had in the US. Though it is not readily acknowledged in the US mainstream press, the GOP is gradually being taken over once again by its libertarian/Reaganite wing.

Rand Paul and Nigel Farage are certainly the radical/accommodative politicians of the current power structure.

This power structure – financial and internationalist in nature – is as flexible as it is forceful. It uses a Hegelian dialectic to stay in control. But we have long predicted that even the most aggressive control mechanisms may fail in the current environment.

What is driving the current change – in politics, as in the economy – is probably the Internet itself. My personal bet is that the Internet (and the information it disseminates) is still not controllable and even the most strenuous efforts will prove insufficient.

Time will tell, of course. But here at the Daily Bell we often write that the Internet Reformation is "a process not an episode."

I have also suggested that we do, indeed, live in "interesting times."