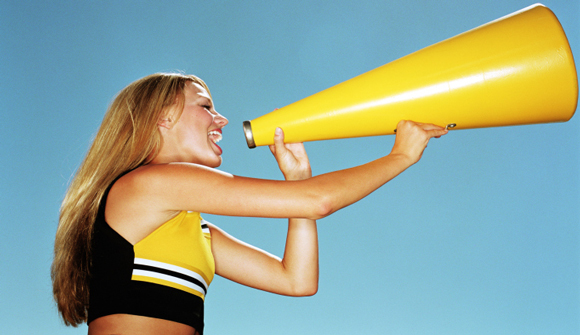 EDITORIAL
No Surprise: Britain's PM Continues His Support of the EU
By Anthony Wile - November 24, 2012

British Prime Minister David Cameron is standing up for Britain against Brussels, or that is what we're led to believe.

But actually, it is to a large degree simply more posturing and confirms what we've argued for years: At the top, British consensus is in fact a European one.

A UK Telegraph article tells us, "EU summit: budget talks collapse as David Cameron says 'non' to Brussels." Actually, the reason for the collapse is that German officials supposedly came over to Cameron's side in an argument with French officials over more cuts in spending. This has allowed Cameron to sound tough when it comes to a "union" that a majority of British apparently do not want.

Too bad for the British. The EU is rapidly turning into a full-fledged state with military forces and ambitions for the kind of intrusive surveillance that is increasingly common in the US.

In an article entitled "Airport security: You ain't seen nothing yet," Bill Briggs argues that the future of US travel may include "Big Brother's even Bigger Brother … chip-embedded passports that someday tell the federal transportation watchdogs all about your daily commutes to work, the mall – even to parties."

This would not sound extreme to the Eurocrats planning a similar future for the 300 million Europeans. British Independent Party's UKIP leader Nigel Farage has consistently complained about the EU. Here's an excerpt of coverage from Deadlinelive.info regarding an eloquent October speech:

Van Rompuy wants "the total subjugation of The States to completely undemocratic structures based in Brussels", and that Van Rompuy "saw the bailouts as your opportunity to take control". Spain's bailout is encouraged "so that they too are subjugated to this New Order" of Europe… 'the EuroZone is at a very dark place now' with 'Neo Nazi politics on the rise'… wow.

Needless to say, Fascism is rising in America and Europe at exactly the same time… this is not by chance …

No, it's not by chance, unfortunately. The EU is designed to be an American twin of an emergent authoritarianism that was last initiated in the early part of the 20th century after an economic catastrophe similar to the one we're faced with now.

If one accepts the idea of what we call directed history then the similarities between then and now are fairly irrefutable. The same forces in Britain and the US that helped fund fascism in Europe are seemingly at it again.

Ultimately, it is a power elite that seeks world governance that is behind these ever larger and more draconian sociopolitical and economic unions. We've covered this power elite regularly along with the dominant social themes it uses to frighten middle classes into giving up power and wealth to globalist solutions.

I've personally predicted that despite the agitation of the average British citizen – as well as part of the upper classes – there will be neither a vote on British participation in the EU, nor, more dramatically, a withdrawal from the EU. Over time, this becomes an easily supportable supposition as UK Tory leaders take no action on Cameron´s electioneering referendum promises.

Instead, Cameron postures as a defender of British interests within the larger EU universe. "The Prime Minister accused Brussels of 'living in a parallel universe' and said there could not be a 'deal at any cost.'"

Ultimately, the summit in Brussels ended without a deal and Cameron was accused of "blackmailing the EU." … "Amid continued divisions between the big European powers, Herman van Rompuy, the EU president, abandoned talks on the second afternoon of the summit."

And we learn this:

Speaking at the end of the summit Mr Van Rompuy said he was hopeful there was enough 'convergence' between leaders that they could come to an agreement in the early part of next year. Some European politicians have suggested that uncertainty about Britain's future membership of the EU should reduce Britain's influence in budget talks.

Mr Cameron insisted that he did not want Britain to leave the EU, but repeated his demand for a "new settlement" loosening ties with Brussels. "I support our membership of the EU, but I don't support the status quo," he said.

UL political columnist James Kirkup has taken aim at Cameron and his strategy of standing up for Britain against the EU as a means of avoiding the larger issue of a referendum. He writes:

David Cameron will lose no sleep over the failure of the EU budget talks in Brussels today. As I suggested earlier this week, it allows him to tell voters and Tory MPs he's put their interests and demands before those of EU allies. His post-summit press conference had a clear central message: I do what's in Britain's interests. Trust me to fight for you.

Yet there was another message there, a more surprising message: I'm doing this because it's good for Europe too. Several times, the PM spoke of the need for leaders to represent the interests of all EU taxpayers. At one point, he even said he was in Brussels to speak up not just for British taxpayers but all of Europe's.

"I am here to speak for the European taxpayer, not just the British taxpayer," he said. That's intriguing, given the debates taking place in Britain and elsewhere about the UK's future in the EU.

When I asked Mr Cameron to clarify that debate with a clear commitment that no government he leads will ever take Britain out of the EU, he demurred. Instead, he offered only his usual, studiously ambiguous lines about seeking a "new settlement" and getting consent for it.

"I support our membership of the EU, but I don't support the status quo," he said.

This is in line with the dialectical manipulation we often suggest is a tool of the elites. The idea is to co-opt both sides of the debate and gradually move toward a middle ground. Cameron wants to pose as a champion of British rights and freedoms without actually leaving the EU or even holding a referendum on the possibility.

Those who claim the EU is a German operation from start to finish with its roots in Nazi designs at European conquest will have to explain how it is that British elites are against leaving the EU.

The history of the EU is actually a history of British and even US support for the creation of a monolithic government body encompassing the broadest possible cross-section of Europe's fractious tribes.

Ultimately, the EU is an operation of the larger pan-Western power elite. Cameron works for these people and will never suggest leaving the EU and will sign on to a British referendum only reluctantly.

Even if a referendum were held and confirmed the resolve of British citizens to leave the EU, I'd be very surprised if it took place – or not without a good deal of additional popular agitation. The power elite is behind the EU. It is not a German invention. If anything, it is a British and US one.