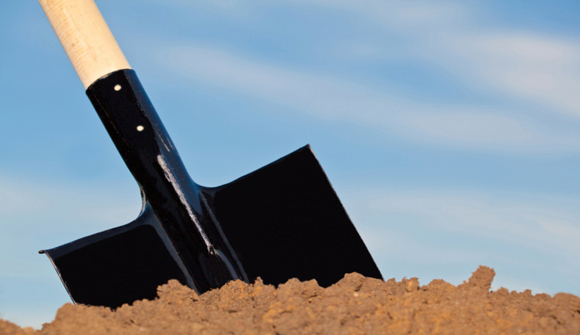 The European Union won the Nobel Peace Prize, which is usually given to a person. There's been a good deal of astonishment over the award as people have a hard time understanding how an entity so sprawling as the EU could receive a prize ordinarily awarded to individuals.

But the Nobel was politicized long ago. The 1994 award to Yasser Arafat was quite controversial as was the 2009 award to Barack Obama, who confessed to feeling "surprised" by the award, only nine months into his term.

What is interesting about the award this year, beyond the blatant promotional gimmickry, is the caution, even contempt, with which even the mainstream news media treated the award. UK Guardian blogger Michael White was fairly scathing in his assessment, posting an article entitled, "Europe's Nobel peace prize: bad timing all round" …

Why give the EU the Nobel peace prize now, rather than when it successfully expanded into the former Soviet Union? Is it right of the Nobel committee to award this year's peace prize to the European Union at a time when the EU is facing the gravest existential crisis of its 55-year history, and when the continent's elected leaders have repeatedly failed to resolve an economic conundrum which is largely of its own devising? No, I don't think it is.

It smacks of bad timing, just as the committee's award of the same prize to Barack Obama in 2009 – when he'd barely sat down in the Oval Office – was toe-curlingly premature. It damaged the new president's standing at home (where plenty of US voters mistrust do-gooding foreigners) and was deemed sufficiently misjudged to make Obama stay away from Oslo award ceremony. Smart man, given that the winners list contained some failures and a few rascals.

Over at the New Statesman, the headline read, "Why the European Union does not deserve the Nobel Peace Prize … Others deserve credit for '60 years of peace'." The article calls the award "a misconceived decision" and adds that the prize is symptomatic of how the EU "tak[es] the benefit of the work of others and at promot[es] its own mythology."

AP circulated an article headed, "EU detractors slam Nobel Peace Prize decision." It begins, "While some Europeans swelled with pride when the European Union won the Nobel Peace Prize, howls of derision erupted from the continent's large band of skeptics."

The article adds, "To many in the 27-nation bloc, the EU is an unwieldy and unloved agglomeration overseen by a top-heavy bureaucracy devoted to creating arcane regulations about everything from cheese to fishing quotas … The EU to critics now appears impotent amid a debt crisis that has widened north-south divisions, threatened the euro currency and plunged several members, from Greece to Ireland to Spain, into economic turmoil."

At the Telegraph, Ambrose Evans-Pritchard writes, "The wrong Europe wins the Nobel Peace Prize." He adds,

News that the European Union has won the Nobel Peace Prize this morning comes as we learn that Europe's attempt to break the power of nation states through currency union has pushed Greek unemployment to a record 25.1pc – just ahead of Spain – with far worse yet to come.

It comes as EMU's North-South split turns more acrimonious by the day, with the creditor bloc and debtor bloc (to use a very crude description that does not capture what is really a story of currency misalignment) eyeing each other with increasing hatred.

It comes days after Chancellor Angela Merkel was greeted in Athens by enraged crowds, some giving Hitler salutes, others protesting that Greece has become a "slave colony of the European Union".

The Greek state had to deploy 7,000 police and impose a partial lockdown of Athens to keep her safe. The Frankfurter Allgemeine said Konrad Adenauer enjoyed a friendlier welcome in 1954 – as he deserved – less than a decade after Wehrmacht occupation (and 300,000 deaths).

Evans-Pritchard's point is that, "[Because] victim states have surrendered their key policy levers to the EU Project, they have no means of defending themselves … The Nobel Prize comes, in short, as events have shown that the … supranational assault on the ancient nation states of Europe – has proved to be an unmitigated disaster."

Even the Daily Beast, usually a dependable supporter of elite dominant social themes, came out against the award in an article entitled, "Nobel Peace Prize Is a Joke."

In case you thought the crumbling, ineffective, and overly-bureaucratic European Union was on life-support, the Eurozone in danger of splintering, and the single currency on the verge of collapse, a group of unexceptional Norwegians would like you to remember that the 27 member states of the EU are, in fact, the global bulwark against war and misery.

But when the Nobel Committee announced in Oslo on Friday that it would award its 2012 Peace Prize to the EU, the room full of journalists reacted appropriately—with a chorus of Joe Biden-like guffaws and incredulous yaps.

All of these responses and many more confirm what we've often suggested, that the powers-that-be are losing control of the larger promotional narrative. World governance is surely the goal, but this week the elite's own, controlled media blasted a contrivance aimed at propping up one of their most valued projects.

What we call the Internet Reformation has allowed people to see behind the curtain of many elite promotions. Fear mongering is not quite so effective anymore and neither are statist solutions offered up to "solve" problems being created by the same elements.

Perhaps there was another (clever) reason for awarding the prize to the EU that is not yet in evidence. But lacking some larger plan, the designation of the award seems symptomatic of a loss of media control that is all the more startling because the power elite OWNS the mainstream media …

Of course, the alternative, Internet media is not yet consolidated. Perhaps that's the problem.