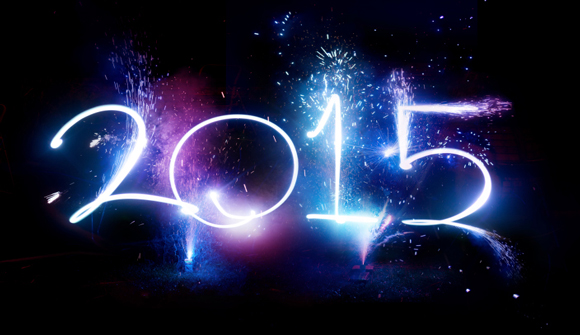 EDITORIAL
Notes on a New Year, as Power Shifts From North to South
By Anthony Wile - January 03, 2015

In a staff report this week, we made some predictions regarding next year. The staff article was entitled, "Some Modest New Year Predictions Based on Dominant Social Themes."

Our conclusion is what I want to discuss more thoroughly.

We wrote: "Examine where asset inflation and military standoffs are taking us and you will probably come to a conclusion similar to ours: The West's living standards are being reduced while the BRICs' are rising."

This is the fulcrum around which many of our larger observations generally rotate. It is difficult to step outside of our busy lives to truly ascertain the larger patterns at work. But what is clear to me and most others who have the opportunity to examine modern events dispassionately is that Western prosperity is diminishing even as other national and regional economic power centers emerge.

This is an idiosyncratic phenomenon in the sense that for hundreds of years, even thousands, Western power has been predominant. But starting in the Colonial period, the larger world began to participate in Western-style industry and finance.

First came slavery and then independence. But the most significant event as regards the evolution of capitalism worldwide is the aggregation of the BRICS, a concept advanced by then-Goldman Sachs banker Jim O'Neil.

The idea that Brazil, Russia, India, China and South Africa were creating a counterbalance to Western industrial progress may have seemed questionable to begin with. But events have borne out this perception.

South Africa never really worked well within the larger group but the other countries have certainly proven to be economic powerhouses to varying degrees. China, by itself, is moving into first place in the world according to certain revenue and growth evaluations.

Perhaps the most important event in the BRICs' growing status on the world stage was the determination of BRICs officials to create separate financial mechanisms that would mimic certain Western global facilities.

Specifically, these involved the International Monetary Fund and World Bank. By creating their own sovereign lending and repayment facility, the BRICs put themselves into a position to compete with Western capital offerings.

The IMF had a bad reputation among many developing countries when it came to generating repayment programs that often featured the kind of "austerity" that has ravaged Southern Europe.

BRICs programs are intended to be less onerous and more affordable. Additionally, over time it is the intention of BRICs officials to move away from dollar-denominated debt.

Current world events are driving the BRICs and developing countries in this direction. Most recently, the tension between Russia and the West has created additional incentives for the BRICs and their allies to generate non-dollar trade.

From the outside looking in, much of this seems preordained and is merely part of the sweep of history that first creates and then diminishes world powers.

In this case, it is the US that is undergoing this process. The US was the world's predominant world power in the 20th century from a military, political and economic perspective. But today, many elements of US power are in decline.

One could even say that it is not just the US that is in decline but the West generally. The bigger question is whether or not this decline will continue.

The forces gripping the US and the West are likely unstoppable and, more to the point, there are many world leaders and financiers that do not want them stopped.

If one subscribes to the idea that globalism itself is a goal of many world leaders, then the last decade or so becomes comprehensible not just from an evolutionary perspective but also from a historical one.

Surely, one can discern a globalist force animating what has taken place … The evening-out proceeds apace. Somehow, almost every world event contributes to it. Western industry continues to flow toward China and India; Russian military tensions with the West only expand and solidify anti-dollar trade.

I would suggest none of this is by accident. There is indeed an internationalist agenda at work here and it is one that the West's top men have themselves put into play.

The 21st century is doubtless going to be the century of the developing world. The West is in decline not simply because history demands it but because elements of Western leadership are focused on leveling the world in order to make it more deeply internationalized.

Many do not appreciate the power of what is occurring, nor the determination of various players to continue the process. Over time, in my view, significant elements of Western sufficiency are likely going to be challenged, from food to water to energy. This is part of a vast shift of power from the north to south, from the West to the BRICs.

But fear not. For those of us who appreciate what is occurring and are able to perceive the "big picture," various solutions are not only at hand but necessary to implement.

Asset protection at home and abroad, communities of like-minded people in non-Western countries, accumulation of money metals via physical delivery – all these and more can help you and your family survive what is taking place.

As power and resources shift, as prosperity itself expands abroad, one must try to position oneself to travel with the currents of history. You can, of course, struggle against the tides, even rail against them, but chances are you will not be able to slow them, let alone stop them.

Rather, accommodate yourself and your family to them. Utilize solutions at hand and work imaginatively to produce results that take advantage of what is occurring around you. Obviously, we here at High Alert and The Daily Bell stand ready to help with introductions to asset protection and wealth building ideas we have vetted and incorporated in our own lives.

Examine our updated website and the programs we have put together to support you. I believe they represent some of the very best in innovative planning and financial thinking. Since launching the new Daily Bell on December 24th, many readers have viewed our reporting on international living options, the cannabis and organic farming sectors, gold purchase and storage options – even a time tested way to internationalize your portfolio and secure your wealth.

May your New Year be both fortunate and prosperous. Hopefully, we can help.