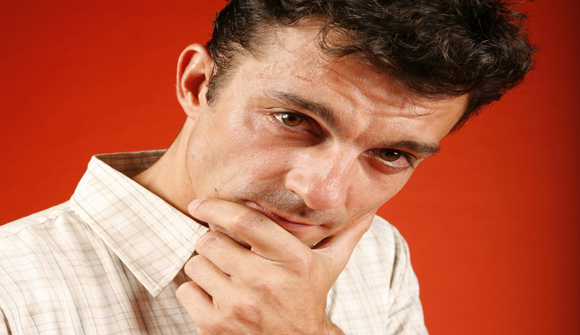 We carry columns by Paul Craig Roberts – former Assistant Secretary of the US Treasury – and one published this past week entitled "Agenda Driven News" dealt with a topic we'd just discussed here at The Daily Bell.

I'd written that the big Russian news channel RT was actually reinforcing the West's globalist and statist agenda despite seeming to support those forces in the US and the West that were fighting against the expansion of socialism … actually, "national socialism" in the US.

You can see my column here: "Elite Neo-Nazis … Is Russia Today (RT) Part of the Controlled Media Matrix and the Imposition of Global Government?"

In his column, Roberts begins with the idea that US news is "agenda driven" – but the real point of his column is that RT's agenda may, in some cases, not be much different than the West's power elite.

He explains he was made aware that RT was following the lead of US mainstream media – at least when it came to the ideology and nomenclature of gun control – as he conducted a Skype interview with RT on December 18th. He gradually realized that RT was "spreading the official US story of the shootings."

The RT interviewer was mostly interested in finding out whether "assault weapons" would be banned. Craig Roberts explains what an assault weapon is:

Today 20 and 30 round magazines are available. For a professional, the capacity of the magazines is immaterial. With experience a person can change clips in a second. A button is pushed, the clip drops out and a new one is inserted. For reasons hard to follow, gun control advocates think that a ten-round clip turns an "assault weapon" into something else.

The term "assault weapon" is a political rather than military term. As Roberts points out, the differences between civilian and military versions are mostly cosmetic. The term was no doubt invented to make such weapons sound ominous – the better to ban them.

According to Roberts's own account, he didn't dwell much on assault weapons but shifted the conversation to the real issue, which was why the state itself – US FedGov – wanted to ban such weapons, and others beside.

I told RT Moscow that the United States was the most complete police state in human history. Thanks to modern technology, Washington is able to spy on its subjects far beyond the capabilities of Joseph Stalin and Adolf Hitler. Even George Orwell's imagination in his dystopian novel, 1984, has been surpassed by Washington's current practice. The "war on terror" is the excuse for the American Police State.

A police state, I said, was inconsistent with an armed population, and as all other constitutional amendments have fallen, the sole remaining amendment, the Second Amendment, will not survive much longer.

Mr. Roberts wondered aloud how the emphasis can be on so-called assault weapons when according to the Associated Press, "all the victims of the Connecticut elementary school shooting were killed up close by multiple rifle shots."

And he quotes CNN as saying that, "police recovered three weapons at the scene: a Glock and a Sig-Sauer, which are handguns, as well as a .223 Bushmaster rifle. The rifle was in the back seat of the car the gunman drove to the school; the handguns were inside the school."

The discrepancy is obvious. Either the news reports are incorrect, the medical examiner is wrong, or someone other than Adam Lanza shot the children.

Roberts is obviously implying that the confusion over guns and shooters is what RT should be investigating, not the chances of banning "assault weapons." But Roberts's implicit suggestion was "too much for RT Moscow's news anchor." She cut him off and refocused the program on assault rifles.

It was a focus, he adds, that was further reinforced when he was asked to stay online for a post-interview question. Here's how Roberts sums up:

The focus on "assault weapons" is puzzling for another reason. According to news reports Lanza had a personality or mental disorder, or perhaps he was just different.

Regardless, he was on medication. So does the blame lie with guns or with medication?

As the agenda is to ban guns, the blame is placed on guns.

In the previous mass shooting at the Colorado movie theater, eyewitness accounts differed from the official account, and according to news accounts the suspect was involved with the government in some sort of mind control experiments and was found after the shooting sitting in a car in the movie theater parking lot.

Similarly, the Connecticut school shooting has puzzling aspects. In the real time report to the police, a teacher says that she saw "two shadows running past the gym." The police radio recording also reports two men in a van at the school stopped and detained, and various news sources report that the police arrested a man in the nearby woods. The man says, "I didn't do it," but how would a man out in the woods know what had just happened? There are no TVs to watch in the woods; yet, the man denied doing the shooting. Very strange ….

It seems odd, however, that RT Moscow would uncritically follow the US media in reporting the official story after experiencing, for example, the US media's intentional misreporting of the Georgian-Russian war, which was started by the former Soviet republic of Georgia but blamed on Russia. Does RT Moscow really believe the US media that the US missile bases surrounding Russia are directed at Iran?

The Connecticut school shooting is a tragedy in more ways than one. Children lost their lives, families lost their children, and the tragedy is being used to disarm Americans faced with a police state growing in power and menace.

Though RT has provided a platform to libertarian oriented, small-government types in the West, Roberts has experienced what I have during my interviews there … a side of RT that is actually in support of some of the most worrisome aspects of the Western authoritarian agenda.

As I pointed out in my column, it is really only the Internet that gives us the ability to provide our own thoughts about freedom and free-market thinking in an unfiltered way. And here at The Daily Bell we don't seek to position or filter opinions. We get enough of that elsewhere.