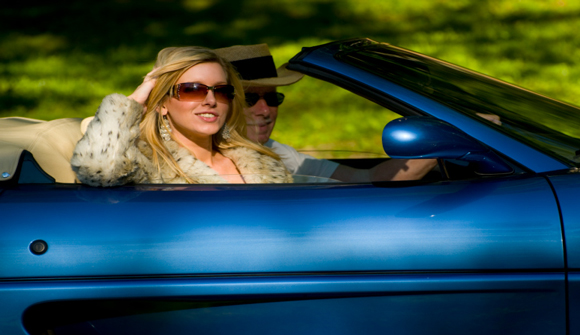 We've been covering the growth of asset bubbles throughout 2014 and now, as we approach the troublesome month of October, it's a good time to reassess.

The mainstream media is filled with predictions of a "market crash" and I figure this means some sort of significant correction may be due.

There's no denying modern markets are manipulated by a variety of factors, but the most important one is central banking itself. By printing overwhelming surges of money, good, gray bankers can create tremendous market surges that end in significant downturns.

This happened in 1929, 1987 and 2009. It could happen again but I am not so sure it will happen in 2014. At least, I am not sure we are looking at a 1929-style crash soon. For a variety of reasons, various interest groups involved with equity trading, or benefiting from it, are determined to push averages higher and higher.

In the past, we've offered the explanation that when the market eventually tops out, the resultant crash will give rise to a campaign for a significant equity realignment leading to a far more globalized securities system. But right now, the pace is set for higher highs, as we've pointed out throughout this year with our prediction of an expanding Wall Street Party.

Many scoffed but we follow elite dominant social themes and, using the VESTS model I first outlined in High Alert and expanded upon in Financial Freedom (free downloads here) to interpret their potential impact on the market, we could see the pieces being put in place for an overwhelming Wall Street run. Most importantly, Mark Carney and Janet Yellen were placed at the heads of their respective institutions – the Bank of England and the Federal Reserve – with reputations as doves, bankers focused on money printing as a solution to almost any economic problem.

There were other signs, as well. The rules on advertising pre-IPO investments were relaxed (corporate attorney Christine Fard explained these changes in a November 2013 Daily Bell guest editorial, "New Lenses.") and not much later a whole new industry began to be cultivated as cannabis began to be decriminalized around the world. The IPO channel itself was crammed with "green" offerings that sponsors hoped would see significant price action because of the markets' bull run.

And what a run it's been, with markets around the world shrugging off bad news. The S&P index alone keeps breaking records.

But it's autumn 2014. There are many warning lights flashing on prices that have nothing to do with the stock market. Asset bubbles are expanding significantly.

In fact, we've already covered apartment prices and a new startup that seeks to turn high-end expenditures into some sort of philosophical statement in "Fed Money Pumping Brings Results: The Affluent Society Returns – For Now."

Let the good times roll. Once again, monetary inflation is being confused with high-end entrepreneurialism … Always, these sorts of articles show up when the stock market is booming. Usually the articles have to do with high-end cars, or the art market, or the sudden expansion in the value of, say … stamps.

We've also covered the high-flying nature of real estate prices in the US and Britain – or more specifically, in New York and London. But Australia is experiencing its own real-estate bubble, and there are similar bubbles elsewhere in the world. The art market has picked up, expensive yachts are selling well and now – right on time – high-end cars are becoming items of choice again.

Italy's Ferrari reports record first-half revenues … A day after Ferrari said its head was leaving after more than two decades, the Italian sports car brand on Thursday posted record revenues in the first half of 2014.

Net profits jumped 9.8 percent in the first six months of the year to 127.6 million euros ($165.1 million), the luxury automaker said in a statement. And revenue surged 14.5 percent from the same time a year ago to an "absolutely unprecedented" 1.35 billion euros, helped by higher sales in the US, Japan, Australia and Britain, it added.

"It is a huge satisfaction for all of us at Ferrari to continue to achieve record economic results," outgoing president Luca di Montezemolo said in the statement. "I'm sure that in a few months we will close an extraordinary year without precedent."

This is predictable, yes? If world markets keep pushing up next year, "unprecedented" will be an adjective applicable to numerous kinds of assets.

My gut tells me that we are not looking at a 1929-style crash. I think it's very possible that the market recedes – perhaps significantly – but then surges forward again in 2015. If this takes place, look for tremendous valuations for stocks and for assets in general.

Before long we may be minting the first trillionaires – and I can remember when we were still reporting on millionaires as significantly wealthy individuals. It's just been announced, for instance, that Facebook is worth US$200 billion. These are "bubble" numbers.

If you're out of this market, you may lose out on some phenomenal profits, not because the market is priced properly but because a confluence of interests is likely determined to continue to expand security prices.

Perhaps you want to allocate across sectors or concentrate on the IPO channel that includes some widely watched cannabis companies along with the usual "green" candidates. At the same time, if you decide to "stick in," please take care to be allocated across numerous asset classes, including gold and silver. You can hedge positions via futures, options, etc.

My bet is that this party "continues" – even if we receive a significant blow over the next three months. Perhaps we'll receive several such blows. But there will be countervailing forces. The "plunge protection" team will fight back, as will the new generation of dovish central bankers.

Maybe it's over this fall. But I think those with influence over this situation are determined to extend it, and we may see confirmation of that if this party lasts into the new year.