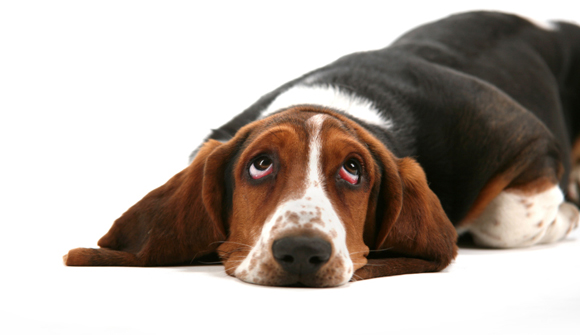 EDITORIAL
Sad Tale of the New York Fed and Goldman Sachs Has a Simple Solution
By Anthony Wile - September 27, 2014

Well, the spinmeisters are out in force. It's predictable.

A young woman has taped conversations between Goldman Sachs and the New York Fed apparently showing clear collusion –and the articles are already spewing forth on how the system is terribly corrupt and needs a regulatory overhaul.

But the system doesn't need a regulatory overhaul. The system needs FEWER regulations and a significant discussion about the founding laws of Western nation-states. Even in this day and age very few, unfortunately, understand the anti-competitive system that most Western governments via their respective judiciaries and legislatures have put into place.

There are two main elements of support for the current system, so far as I can tell, certainly in the West: monopoly central banking and corporate personhood.

Monopoly central banking concentrates decisions on the value and volume of money in the hands of a few. Corporate personhood allows individuals running large companies to avoid responsibility for their actions. I suppose I should add a third element into the mix … patent law and copyright.

Corporate largeness inevitably generates government partnerships. This means that modern Western societies are mercantilist – run by a handful of individuals who circulate between the top posts of government and the leadership of private-sector multinationals.

Within this context it is not surprising to find that the New York Fed is an ineffective regulator of the financial powerhouse Goldman Sachs. The process is called "regulatory capture" and we've mentioned it numerous times in the past few years when describing the reality of regulatory democracy.

What did the Fed hear here? … Our financial regulatory system is obviously dysfunctional. But because the subject is so tedious, and the details so complicated, the public doesn't pay it much attention. That may very well change today, for today — Friday, Sept. 26 — the radio program "This American Life" will air a jaw-dropping story about Wall Street regulation, and the public will have no trouble at all understanding it.

The reporter, Jake Bernstein, has obtained 46 hours of tape recordings, made secretly by a Federal Reserve employee, of conversations within the Fed, and between the Fed and Goldman Sachs. The Ray Rice video for the financial sector has arrived.

First, a bit of background … After the 2008 financial crisis, the New York Fed, now the chief U.S. bank regulator, commissioned a study of itself. This study, which the Fed also intended to keep to itself, set out to understand why the Fed hadn't spotted the insane and destructive behavior inside the big banks, and stopped it before it got out of control.

The "discussion draft" of the Fed's internal study, led by a Columbia Business School professor and former banker named David Beim, was sent to the Fed on Aug. 18, 2009. It's an extraordinary document. There is not space here to do it justice, but the gist is this: The Fed failed to regulate the banks because it did not encourage its employees to ask questions, to speak their minds or to point out problems.

Just the opposite: The Fed encourages its employees to keep their heads down, to obey their managers and to appease the banks. That is, bank regulators failed to do their jobs properly not because they lacked the tools but because they were discouraged from using them. The report quotes Fed employees saying things like, "until I know what my boss thinks I don't want to tell you," and "no one feels individually accountable for financial crisis mistakes because management is through consensus."

Lewis finishes his article by pointing out the following:

1. You sort of knew that the regulators were more or less controlled by the banks. Now you know.

2. The only reason you know is that one woman, Carmen Segarra, has been brave enough to fight the system. She has paid a great price to inform us all of the obvious. She has lost her job, undermined her career, and will no doubt also endure a lifetime of lawsuits and slander.

So what are you going to do about it? At this moment the Fed is probably telling itself that, like the financial crisis, this, too, will blow over. It shouldn't.

Lewis leaves his question hanging. Others will jump in to provide the predictable answers. There is already a good deal of predictable huffing and puffing about putting "Wall Street criminals" in jail and maybe, as well, about making "private" central banks public, as if their legal status will have any impact on their monopoly money printing privileges. It won't.

Things will surely continue to roll along as usual, no matter the backlash from this sad tale. Markets will fatten on central bank monopoly money. Averages will swell until suddenly they don't. Fortunes will be made by those who got in and out of the current bull market on time.

But after the collapse, come the ruination, those who have built the current system – and presided over its demise – will try to seize the opportunity to reconstruct it on a global scale. At that point, I hope, the education that is being so painfully provided by incidents such as this one, will have an impact.

Is that so difficult to understand? Perhaps we are too sophisticated and jaded to accept it. Too bad.