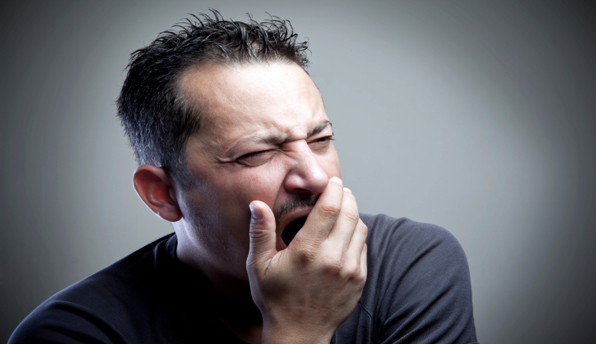 EDITORIAL
Same Old, Same Old … And Something New From Us
By Anthony Wile - February 08, 2014

Over and over, the common wisdom is offered as if it were new or valuable.

A recently published Reuters editorial is a good example. Entitled "A crash course in growth economics," it recites all the Keynesian dominant social themes we're used to hearing and reading.

The article doesn't even bother to explain the realities of 21st century economics but simply plunges into a critique of "congressional Republicans."

Congressional Republicans are again digging in their heels against measures that would ramp up the economy and generate jobs. It's time for Congress to take a refresher course in growth economics — the economic forces and programs that power U.S. growth.

The narrative then moves on to the arguments that US President Barack Obama should be making to generate significant economic progress. The Keynesian rhetoric grows shriller and shriller.

As President Barack Obama barnstorms the country, he should be making the argument that … smart growth economics [include raising] the minimum wage, extend[ing] unemployment benefits and reduc[ing] income inequality. These steps will help accelerate economic recovery this year above its anemic 1.9 percent growth rate in 2013.

Stagnant middle class pay and a yawning wealth gap have been the main obstacles to U.S. economic growth for the past three decades, especially the last 10 years, according to a new study by two economists at Washington University in St. Louis.

… We are indeed Two Americas — the elite 1 percent riding high and the rest of us mired in the stagnation. The economic picture was quite different three decades ago. America's middle class was prosperous. Chief executive officers shared corporate profits.

In the 1950s, '60s and '70s, Charlie Wilson of General Motors, Reginald Jones of General Electric and Frank Abrams of Standard Oil of New Jersey (now Exxon Mobil) practiced "stakeholder capitalism" — sharing profits among all stakeholders in the corporation, with workers as well as bosses and owners.

To those CEOs, strong wages and generous employee benefits were good business and smart economics. Not today. The mantra of most modern CEOs is to deliver maximum return to shareholders – "shareholder capitalism."

… The … minimum wage … at $7.25 an hour is now about 25 percent lower than in 1968, adjusted for inflation. But that is not what you hear from the National Restaurant Association, in which members employ many minimum-wage workers. Increasing pay, restaurant owners say, would force them to fire waiters, raise food prices or both.

… Many economists, including former Treasury Secretary Larry Summers, warn that unless we take action to break our current cycle of low wages and high economic inequality, we are in for a long period of "secular stagnation." That is economist lingo for a long-term economic slump — hardly what any of us wants.

The above analysis with its sternly Keynesian analysis is typical of the kind of approach that exists in a certain kind of editorial and academic effort. Removed from the reality of the marketplace, it first incorrectly defines economic problems and then suggests a fanciful solution.

The reality, as we've been emphasizing recently at High Alert, is that Western commerce is propped up by two extremely important legal facilities. The first is corporate personhood, enforced by the US Supreme Court and now popular around the world.

The second is monopoly central banking, also prevalent around the world. Both of these extremely powerful paradigms are the creation of regulatory democracy – imposed by force.

Without these fundamental constructs, Western economies would look far different. As we've pointed out in the past, the absence of these organizing concepts would have an aggressively deflationary effect on Leviathan.

"Innovation" for the sake of consumption would probably be lessened and local rule would make a comeback. Leviathan, deprived of its source of wealth – printing money from nothing – would gradually (or precipitously) collapse. And the corporate state would diminish as well once individuals were held liable as they should be for the actions of their companies.

There is, in fact, no reason for Western countries and sociopolitical constructs to operate as they do. The soul-numbing bigness and complexity of modern society is not the product of industrial evolution but of judicial and regulatory fiat. It is imposed by force.

The solutions posed by this article – and they are pro-forma, mainstream solutions – are addressing issues that have little or nothing to do with the actual distortions imposed on modern economies. Call what exists in the West "corporatism" – or call it fascism – and the reality becomes clearer. The institutionalized gigantism of the West cannot be undone by yet more regulatory decisions and legislative interference.

It is competition, what Adam Smith called the Invisible Hand, that has been excised from modern industrial societies. And in place of competition, commentators and economists want to substitute yet more dirigiste solutions that seek to emplace fairness where logically none can exist.

The problems of modern bigness and complexity extend to investing itself. This is one reason why trusted solutions and "honest brokers" are preferable to the confusing array of rigid Wall Street options available to most consumers.

The increasingly confusing and arbitrary rules surrounding most investments and the downright misleading information that supports Green solutions are typical of the modern corporatist approach to "opportunities."

In closing, suffice to say that modern societies are not what they seem to be. But here at High Alert we'll continue to strive to de-complexify the corporate and socio-political environment. In doing so, we intend to continue to offer common sense analysis and opportunities that are both comprehensible and promising.