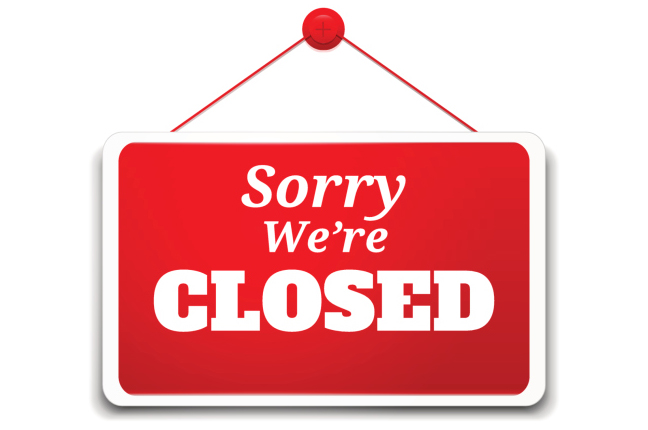 For years, we've been pointing out that Peak Oil is a dominant social theme, a scarcity meme used by the powers-that-be to reinforce the US petrodollar and generally to control economic and sociopolitical elements of society.

And now comes word via various news reports including a story at MarketWatch that a main Internet proponent of the Peak Oil myth – The Oil Drum – is shutting its doors.

Here's how MarketWatch describes it:

… A website created and frequented by advocates of "peak oil," is closing its doors July 31 after an eight-year run. The site will be kept as a repository of old articles, but will no longer offer new ones, according to a post on the site dated July 3.

The decision was reached thanks to "scarcity of new content caused by a dwindling number of contributors" and the cost of running the site, the post said. The post garnered more than 700 comments from readers mourning the site's virtual death. Commenters suggested "donate" buttons and other ideas to raise money.

With news of record-breaking North American oil and gas production seemingly every day, maybe it just got too hard to maintain a site devoted to the notion that the world's oil production was at or near a peak … Detractors gleefully pointed out that the theory did not take into consideration technological advances, while defenders retort that, inevitably, demand for oil will outstrip supply, leading to higher oil prices and shortages.

Count us among the detractors.

For close to a decade, we've been identifying and exposing pernicious scarcity memes that seek to scare middle classes into giving up power and wealth to globalist enterprises such as the United Nations, International Monetary Fund, World Bank, etc. Peak Oil was among the higher profile of these memes probably because it was among the most useful.

When top men in the US government and at the Federal Reserve wanted to go off a gold standard, they used Peak Oil concepts to justify the petrodollar. People were led to believe that the only large-scale oil reserves were in the Middle East and then various green manipulations made it difficult to gain oil throughout the West. The Saudis agreed to demand dollars for oil and the rest was history. The world had to hold dollars and dollars became a "reserve currency."

But now the game is changing. Shale oil and gas – extracted via fracking – have suddenly made it clear that far from suffering from oil scarcity, the world is awash in energy.

Here an excerpt from another recent MarketWatch article:

World to use less OPEC oil as U.S., Canada lead oil supply growth … The world will consume less oil from the Organization of the Petroleum Exporting Countries next year, even as the cartel increased its 2014 oil demand growth forecast to its highest since 2010.

Supplies from non-OPEC nations are expected to grow by 1.1 million barrels a day in 2014, with the U.S. and Canada leading that growth, followed by Latin America and countries in the former Soviet Union.

Did you ever think, dear reader, that you would someday read "US and Canada lead oil supply growth"? Perhaps you felt along with millions – billions – of others that oil and gas were scarce commodities, mostly located in the Middle East.

What is noteworthy about fracking is that the technology has been around for decades. In fact, there's nothing much that seems new about the process except its application. And that has led us to wonder why the technology has been rolled out now by Big Oil. Our conclusion, which we've offered in several articles, is that the petrodollar itself is being purposefully destabilized.

In order to globalize currency, one needs to diminish the dollar. Is it just a coincidence that the BRIC countries and their currencies have grown stronger as the dollar and the euro have weakened? Or that gold has taken a tumble?

Perhaps so, or perhaps various currencies are indeed being positioned to create a more globalized currency basket. This has been a globalist dream since John Maynard Keynes proposed a world currency some 50 years ago.

It is easy to ignore such ideas because they imply that there is enormous monetary manipulation and coordination at the very top of Western societies. But the Anglo-American axis still seems firmly in the saddle to me, and scarcity memes seem to be a main tool of various manipulations just as they have been in the past.

What is fascinating to me is the way that the mainstream news media has quietly shifted from covering an era of energy scarcity to reporting on an era of energy plenty. For half a century we've been exposed to vehement promotions regarding rapidly diminishing oil and gas supplies. And now that things are different, the mainstream media reports on these fundamental changes as if they were neither noteworthy nor peculiar.

The expansion of oil and gas supplies is a huge story. Assuming it continues to be for real (and does not prove out as yet another peculiar globalist gambit or get sidetracked by environmental concerns) it is going to have a profound impact on societies around the world and even on the money they use.

Like everything else that is critically important, these changes are taking place without the scale of coverage you'd think they warranted.

There's a lot more to this story than is currently being reported. But we'll stay on it. The investment implications are vast.