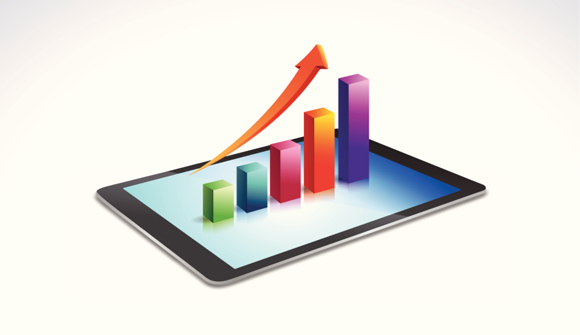 The Dow Jones industrial average has crossed 14,000 and the US mainstream media is celebrating. Presumably the powers-that-be expect that short memories shall convince US consumers that the nation is back on track.

It's part of a larger dominant social theme, I guess, that hard times are gradually yielding to normalcy and that the current sociopolitical and economic system is not only resilient but also sound.

This is a pretty big disconnect, in my humble point of view, given what's REALLY going on in the world. The upper half of Africa is aflame from supposed Al Qaeda incursions and Western counter-attacks, Spanish and Greek youth unemployment is over 50 percent, China and Japan are both struggling to keep their economies afloat and in the Americas, price inflation and drug wars are unraveling the fabric of various recoveries, including most significantly Brazil and Mexico.

But let's ignore all that.

We're supposed to focus on the good stuff. The nation – and the world – has been through a lot but now skies are turning bluer and people shouldn't lose faith. Twentieth century memes do indeed transpose themselves to the 21st century; if everyone is lucky and believes hard enough, "America's Century" can repeat itself in the 21st.

Are you "buying this"?

It seems this is the best that the powers-that-be can do to get their promotional narrative back on track. The elites that want to run the world (formally as opposed to informally) need a maximum amount of controlled chaos to move the world toward global government. No crisis, no movement.

But as we've often pointed out, the infliction of controlled chaos is a delicate thing. Push too hard and society itself will begin to unravel. Too little and the desired effect doesn't take hold – people are not malleable enough and continue to push back against the supposedly inevitable global tide.

And so chaos is inflicted. Economic ruin, war, regulatory authoritarianism. All part of the playbook, perhaps – and all of it rolled out predictably. But too much threatens significant pushback. Opposition can take root. Like I say, it's a balancing act.

And thus, after an economic crisis that has wracked the West for some five years, those controlling the process (to the degree it can be controlled) are likely looking to re-emphasize optimism and assure people that the world they used to recognize hasn't entirely disappeared.

Familiar signs are presumably supposed to provide comfort. Barack Obama is president again, a gun control debate is in the headlines, the war on terror is challenging the US overseas but the troops are coming home from Afghanistan and the system, while shaken, remains strong.

The economy is perhaps the biggest tool to turn. Get people feeling a bit more cheerful about their pocketbooks and the rest of the world doesn't look so gloomy.

USA Today provides us with an article entitled "Dow above 14,000: Market peak or new leg up?" It attempts to capture a tone of cautious optimism, explaining that "When it comes to big, round numbers with major investment significance, 14,000 is as big as it gets for the Dow Jones industrial average."

The paper tells us that "Dow 14,000 is back in play and in the headlines after the iconic 117-year-old blue chip index topped that lofty milestone Friday for the first time since October 2007."

But records are meant to be broken, and there are reasons why the Dow has been rising and a case to be made that the rally has room to run, and a new record high is within reach.

The Dow's move up, Farmer says, has been driven by a growing belief that headwinds, such as the subpar economy, the November elections, fiscal issues and Europe's debt woes, are diminishing. In short, it says things are getting better.

"What's driving the market narrative right now is a burgeoning sense of recovery and confidence," says Farmer. "The Dow is emitting a signal that sentiment is on the rise."

To be fair, the USA Today article also features Frank Fantozzi, president and CEO of Planned Financial Services, an independent wealth management firm, who is a good deal more cautious. Fantozzi "expects virtually zero economic growth in the first three months of 2013 as the nation adjusts to higher taxes and less government spending."

The article quotes Fantozzi as saying that it is perfectly possible that due to higher taxes and higher federal spending the US will see zero GDP growth in the January through March quarter. If so, he explains, "there is no way the Dow will be still at 14,000," says Fantozzi. He says he wouldn't be surprised if the Dow suffered a 3% to 5% price correction.

Fantozzi is not as encouraged as most about reports that individual investors put $16.1 billion into U.S.-stock mutual funds in the three weeks ended Jan. 23. He believes this is money from investors "who fled the market late in 2012 amid "fiscal cliff"-related fears returning to stocks."

The money does not confirm a bull-driven theory of new money coming in. "It's people buying back in after getting out last quarter," the Times reports him as saying, since over $9 billion left domestic stock mutual funds in the week ended Jan. 2.

The New York Times evidently wants to encourage investors to consider increased stock exposure. It's featuring an article entitled, "Conceived by Students, a Portfolio That Pays."

The article reports that some Duke University undergraduates have won a prize from Black Rock Securities for creating a portfolio that provides a higher rate of return without sacrificing "safety."

Business and economics programs at American colleges and universities have long sponsored stock- and other asset-picking contests for their students. But last semester, faced with the current ultralow interest rate environment, Duke's undergraduate economics department ran a competition in asset allocation for the first time. Students had to decide what percentage of assets to put in fixed-income investments and what percentage to invest in other categories. The asset management firm BlackRock was a co-sponsor of the contest, which was open to any Duke sophomore or junior.

"Where is someone supposed to get yield these days?" said Emma B. Rasiel, an associate professor of economics. "That's what got us thinking."

It's a pressing question for nearly every investor, and has left even professional financial advisers scratching their heads. The United States is now in the fifth year of a low interest rate environment. Ten-year Treasuries, the benchmark United States interest rate, yielded 5 percent in July 2007, just before the recession began. This week, the rate was below 2 percent, and last July, 10-year rates were the lowest ever recorded. This week, the one-month Treasury bill, the lowest-risk bond investment because of its short duration, was yielding practically nothing: 0.04 percent …

After explaining the above, the article asks the question, "Given this, should investors abandon the tried-and-true 60/40 approach and move more aggressively into stocks?"

This is the real question, after all. The public is to be driven back into equity markets if at all possible. Just as democracies demand that people vote – even to the point of making it involuntary – so the elites want to see monetary participation in the current system.

The difficulties of the past five years have driven investors out of financial markets and that's not a good trend. The top elites are always seeking a "buy in" no matter the economic situation. In this case, we're supposed to forget, I suppose, that central banks have been printing trillions and trillions of dollars.

The US Federal Reserve alone has injected some US$30 TRILLION into the economy (counting so-called short-term loans) and is slated to inject trillions more based on estimates of the CURRENT easing program. These are phenomenal numbers.

No wonder the stock market has "recovered" from a low of near 6,000 and is now suddenly over 14,000. Not only is this a buying opportunity, according to the New York Times, old and "conservative" portfolio mixtures may be out of date suddenly.

"The traditional 60/40 approach to building a portfolio is on the way out," said Michael Fredericks, head of retail asset allocation for BlackRock and lead portfolio manager for the BlackRock Multi-Asset Income Fund. It is being replaced, he said, by "tactical" asset allocation, a strategy in which investors change their allocation based on the current pricing of asset classes.

If bonds are overpriced, as many now believe, and stocks are underpriced, at least relative to other assets, then the allocation should shift toward stocks. "We're not telling clients to sell all their bonds," Mr. Fredericks said. "They do balance out the riskier assets in a portfolio. But most investors need to consider putting more in stocks."

Here at The Daily Bell we write a good deal about directed history and how by controlling huge capital flows, the power elite basically attempts to create scenarios that it can then justify via control of mainstream media.

This would seem a clear example of this sort of paradigm. Both stock and bond markets are in virtual bubbles according to many savvy observers – and yet with the Dow crossing 14,000, investors are being urged to buy!

Will it work this time? Will investors return to the market in droves? Or is this latest stock promotion going to fail?

Are we seeing the first leg of a tremendous new bull market or merely a long suckers' rally that's now coming to an end? They say that the average investor is always the last to return to a bull market and therefore the first to experience the damages of a bear market.

I would be wary about adjusting my portfolio to emphasize more stock exposure. In this era of the Internet Reformation we have a good deal more information than we used to.

We know, for instance, that the US public deficit is currently running at some US$16 trillion and that the US fedgov has to borrow to pay interest on it. But what happens if the "recovery" takes hold and price inflation becomes an issue? Then the Fed would have to raise interest rates and fedgov payments on the debt would soar. What would US officials do then? More to the point, what do YOU do?

I'm skeptical of this latest stock promotion. Maybe you ought to be, too.