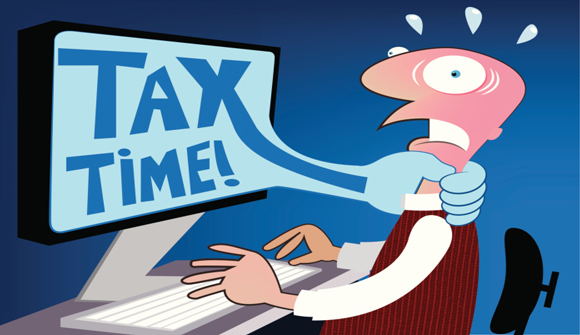 The United States Congress is steadily headed to a place where those who owe money to the US government shall be treated criminally.

This phenomenon is advancing domestically and now, increasingly, internationally. The first shot in this latest campaign took place in 2010 when US President Barack Obama signed into law The Foreign Account Tax Compliance Act. It demanded, basically, that foreign banks withhold up to 30 percent of the income that an American abroad might earn.

This bill isn't working so well because overseas banks are not cooperating (a state of affairs that was certainly expected). Thus, there is a need for something else: Senate Bill 1813, recently introduced by Senator Barbara Boxer (D-CA). This bill, in part, states that taxpayers with unpaid taxes over US$50,000 may find their passports confiscated.

This isn't criminal per se, but the IRS has recently made noises about "sharing" information with police authorities. The last time it was an institutionalized crime to owe money within the context of the Anglosphere was during the British industrial revolution when there were such things as debtors prisons. Those were eventually disbanded as it was seen as counterproductive (and even inhuman) to put a man in prison for a debt he could not pay.

But both in the US and in Europe, the concept of imprisoning an individual over debt is making a comeback. In the US it is especially clear. There are plenty of people, mostly men, who are behind bars for falling behind on their child support payments.

Current US incarceration for debts takes place mostly at the state level. But the IRS – and other taxing facilities throughout the Western world – are increasingly putting people in prison for falling behind on their taxes.

From my point of view, this is not a coincidence. It is part of a gradual process of increasing global control by using money as a weapon to control middle classes.

The arguments over just why the US instituted its controversial income tax back in 1913 is gradually fading away as the lineaments of the New World Order are becoming increasingly evident. Taxes are a method of government control. They force people to reveal intimate details of their personal lives and make it difficult for entrepreneurial activity as well.

This conclusion is only available to those who discern, as we do, a malign intelligence behind the world's woes, one gathering a coming storm that is supposed to transform the West and the rest of the world into a globalist plantation.

What's going on can't be overemphasized for those who have long given up on the idea that the nefarious trends now afflicting our life and times are mere coincidence, however grim.

For those who can bear to look, the patterns are evident and obvious. There is a power elite: It certainly seems so. These dynastic families want to run the world and use their apparent control over 150 central banks around the world as a kind of war chest.

These families and their enablers and associates use dominant social themes to frighten the masses into giving up wealth and power to specially created globalist facilities: The UN, IMF, WHO, etc.

The nexus of this elite seems to be located in the City of London with proximate facilities in Washington DC, Tel Aviv, the Vatican and Brussels, among other places.

It works like a crime family, using various locations for various functions. Israel may be used for Intel operations but the US without a doubt is this entity's "muscle."

That's the reason so much of the current "new world" enforcement activity is coming out of the US. The US, on behalf of the elites, is the cop-on-the-beat, the international enforcer of the increasingly evident globalist paradigm.

NATO is basically the US military writ large, and it travels to wherever the elite wishes it to. The US FBI has now expanded to 90 countries. (The FBI's brief – illegal to begin with – has not yet been challenged by the US Congress.) The CIA has long committed murder and mayhem around the world.

In fact, the US and its evolving global interference is simply the ever-elongating arm of the coming formal, global empire – if the power elite has its way. The current fiscal encumbrances emerging from the bowels of Washington DC should simply be seen as an extension of ongoing trends.

How the elites believe that they will be able to pursue their agenda to fruition in the era of what we call the Internet Reformation is a mystery to me. This passport bill is yet one more evidence that they will try. But like debtors' prisons and other such schemes, it is likely fated not to work over time …

What barbarity can be greater than for gaolers (without provocation) to load prisoners with irons, and thrust them into dungeons, and manacle them, and deny their friends to visit them, and force them to pay excessive fines for their chamber rent, their victuals and drinks; to open their letters and seize the charity that is sent to them! And when debtors have succeeded in arranging with their creditors, hundreds are detained in prison for chamber-rent and other unjust demands put forward by their gaolers, so that at last, in their despair, many are driven to commit suicide… gaolers should be paid a fixed salary and forbidden, under pain of instant dismissal, to accept bribe, fee or reward of any kind… law of imprisonment for debts inflicts a greater loss on the country, in the way of wasted power and energies, than do monasteries and nunneries in foreign lands, and among Roman-Catholic peoples… Holland, the most unpolite country in the world, uses debtors with mildness and malefactors with rigour; England, on the other hand, shows mercy to murderers and robbers, but of poor debtors impossibilities are demanded… − Letter from Samuel Byrom to the Duke of Dorset (mid-1700s)