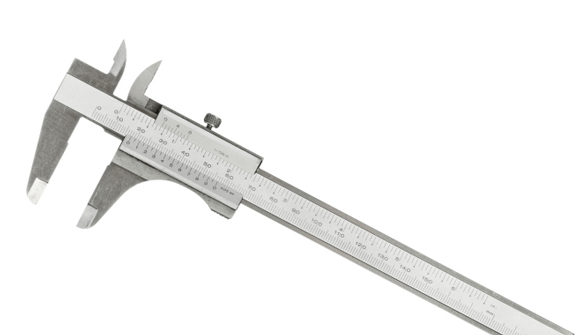 Andrew Huszar has been making the rounds apologizing for Federal Reserve strategies, and he recently gave an interview to RT that was posted as "'Easy money' a relief for financiers, burden for most Americans – former Fed trader … "

Huszar's comments are certainly strong, surprisingly so coming from someone functioning in the proverbial belly of the beast. Here's his bio from the Wall Street Journal:

Obviously, this is an important and highly trusted man, but yet … we don't trust this confessional. Usually when one of these fellows speaks out and gets a lot of ink in the mainstream media there is some further agenda behind it.

In much of the rest of this article I will comment on what is correct regarding Huszar's perspective. But to begin with, I will quote some disinformation – not from the RT article but from the original Wall Street Journal editorial. Here:

Five years ago this month, on Black Friday, the Fed launched an unprecedented shopping spree. By that point in the financial crisis, Congress had already passed legislation, the Troubled Asset Relief Program, to halt the U.S. banking system's free fall. Beyond Wall Street, though, the economic pain was still soaring. In the last three months of 2008 alone, almost two million Americans would lose their jobs.

The Fed said it wanted to help—through a new program of massive bond purchases. There were secondary goals, but Chairman Ben Bernanke made clear that the Fed's central motivation was to "affect credit conditions for households and businesses": to drive down the cost of credit so that more Americans hurting from the tanking economy could use it to weather the downturn. For this reason, he originally called the initiative "credit easing."

My part of the story began a few months later. Having been at the Fed for seven years, until early 2008, I was working on Wall Street in spring 2009 when I got an unexpected phone call. Would I come back to work on the Fed's trading floor? The job: managing what was at the heart of QE's bond-buying spree—a wild attempt to buy $1.25 trillion in mortgage bonds in 12 months. Incredibly, the Fed was calling to ask if I wanted to quarterback the largest economic stimulus in U.S. history.

This was a dream job, but I hesitated. And it wasn't just nervousness about taking on such responsibility. I had left the Fed out of frustration, having witnessed the institution deferring more and more to Wall Street. Independence is at the heart of any central bank's credibility, and I had come to believe that the Fed's independence was eroding. Senior Fed officials, though, were publicly acknowledging mistakes and several of those officials emphasized to me how committed they were to a major Wall Street revamp. I could also see that they desperately needed reinforcements. I took a leap of faith.

There is clear intent to separate the Fed from Wall Street in this language and also to insist on the independence of the Fed. In fact, it is endlessly the same kind of disinformation. We saw it during the height of Occupy Wall Street when its Soros-sponsored leaders attempted to focus on Wall Street to the exclusion of the Fed and central banking generally.

We've seen it in public banking promotions that attempt to preserve monopoly central banking by transferring the responsibility to "the people" who would have this awesome power available to them via the state. This is the reason so much is made of the nonsensical "status" of the Fed as a "private" entity.

Anyone making a big deal about the Fed's "private" status is either uninformed or part of the dominant social theme as regards "public banking."

BRIC banks, for instance, have public or quasi-public status but these banks perform exactly the same way and with the same lack of success as the "private" Fed. It is the concept of monopoly central bank that is flawed, not its status.

So … it seems fairly obvious that Huszar has joined a long and illustrious list of "former" officials with various public agencies that may not be entirely as they seem.

It is a simple-enough thing. These individuals have worked their whole lives in certain places and everyone they know and all of their resources are tied up in the institutions they come from. It begs logic to assume that they suddenly burst asunder from their contacts and livelihoods to "blow whistles."

No, these seem to us carefully calibrated mea culpas and "tell-alls." Usually when you look beneath the surface there is some strategy intended to support the status quo, cleverly twisted this way or that way to give the pretense of opposition.

Having stated this, there is certainly merit in what Huszar has to say about the latest failed program of the Fed. But even here, he is not entirely forthright. His position is that the Fed wished to stimulate the stock market in part to create a specific – not general – wealth effect. Here's how he puts it in the RT interview:

The Fed started pumping billions of dollars into financial markets. The benefits, however, failed to reach Main Street, instead being guzzled by Wall Street, ex-Fed exec Andrew Huszar exclusively told RT. Huszar, at the time the Federal Reserve official responsible for the first round of the bond-buying experiment, later publicly apologized for "the greatest backdoor Wall Street bailout of all time"… "the benefits of QE have gone to the big banks," and not to ordinary people.

"Fifty percent of Americans don't own one stock, so how is it trickling down?" Huszar said in an interview to RT's Marina Portnaya. Quantitative easing (QE), or "easy money", is the Central Bank's unorthodox monetary program to bail out the financial sector by buying long-term government debt and lowering interest rates.

The plan sought to alleviate the pain of the crisis succeeded in saving the financial markets, but the easy money didn't reach ordinary people. And relying on the easy money has prevented the banks from making larger structural reforms, Huszar said.

… "The problem is, the Fed at this point is the only one doing something, and it feels like it needs to continue to help. What it's doing isn't only helping, but maybe hurting the US economy," Huszar said. Before the recession, America was first in competitiveness worldwide, now it is seventh.

It used to top the world's infrastructure list, and now it has dropped to fifth place. Quantitative easing "is an attempt to get credit back into the economy and help address some of the short term issues, where really we have long term strategic questions that need to be answered," Huszar told RT.

These are certainly strong points for someone to be making who has served on the "inside" of the system but really, they don't reach the core of what's wrong.

The Fed – and central banking in general – is not a "helpful" system. It is a corrosive one that is set up to fool people into expanding their lifestyles and businesses during booms and then to bankrupt them during the inevitable bad times.

The recent justification for the impossibly large programs that the Fed and other central banks have embarked upon has to do not with enriching people in the stock market but has to do with creating employment via climbing equity value.

Of course, we have pointed out this is nonsensical, and Huszar seems to agree, though for different reasons. Basically, using Fed logic, money printing ought to be directed at Main Street and funneled into the pockets of small business and individuals.

But the Fed has chosen to distribute money through banks, all the while complaining that the money being created is not circulating quickly enough. One of the reasons it hasn't circulated quickly is because the Fed pays the banks to keep it and NOT circulate it. In fact, the bankers and their associated political and business interests may want the US to remain in a quasi-depressed state while the stock market soars.

Huszar also does not address the larger corrosive influences of monopoly central banking. It tends to distort society terribly via booms that create whole new phony industries, and busts that then destroy them and end up pauperizing many individuals who trusted the given "new economy." We have called this process "dreamtime," and it is not solely a provenance of the US; you can see the same thing taking place in, say … China.

Huszar provides us with a number of points to think about in the interviews he's given and the articles he's written. But when you examine the message closely, you find that he remains a backer of the central banking system and never explains that it must continually ruin economies because it demands forward-looking price fixing, which is impossible to implement.

He doesn't attack the reality of central banking, only voices the idea that the Fed and other central banks need to be more not less independent. He seeks to divorce central banking from Wall Street and in doing so wishes us to believe that the Fed can function like a monetary priesthood away from the corruption below.

In fact, it is monopoly central banking itself that is the problem. Huszar is likely getting so much publicity because his message is actually tailored toward supporting the institution. He is criticizing it in sorrow and hoping that it can be corrected and reach its full potential as the protector of people and supporter of additional prosperity.

Huszar, like many others before him, is providing the institutions he works for with a kind of "limited hangout." There is more and more of this going on as the top bankers have evidently decided that – as before – the way they can control the current "Internet Reformation" is by getting out in front of it.

That may help and yet be, essentially, a vain hope. We know from looking at the development of the Gutenberg press that the elites had a very hard time controlling its impact. They are having a similarly hard time with the Internet.

The final point we can take away from this rolling Huszar confessional is that (as we have already analyzed), the US stock market in particular has been a beneficiary of Fed actions – supposedly aimed at creating other results entirely.

As the Fed seems committed to its current course, we would expect some of the same results going forward. No doubt this will be reported on – as Huszar does – as unfortunate and unexpected side effects.

The sad reality is that those at the top of the banking hierarchy are cold-bloodedly utilizing strategies that will lead to a tremendous market boom that will lead to a commensurate bust of such power and frenzy that the West as we know it – and the petrodollar in particular – may be radically reconfigured and even destroyed.

I await Huszar's instructions on these points. In the meantime, I am well aware of the opportunities these strategies offer us and here at The Daily Bell, I've tried to explain them and will continue to do so.