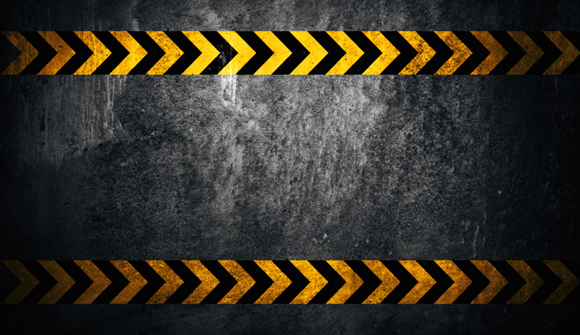 EDITORIAL
The Danger Beyond Employment Numbers
By Anthony Wile - July 06, 2013

A short article posted at the conservative Breitbart website and then posted at Drudge.com shows us clearly how the American Dream is failing. Far from aspiring to a house, two cars and a vacation every year, many US citizens now dream of no more than full-time work. How expectations have fallen.

ONLY 47% OF ADULTS HAVE FULL-TIME JOB. The report provides clear evidence that the nation is splitting into two; only 47% of Americans have a full-time job and those who don't are finding it increasingly out of reach.

This is a startling description of the US's employment picture. If this were the 1950s, such a statistic might be understandable, as US women were reportedly not seeking jobs in great numbers.

But the inflation of the 1970s meant that more and more families needed the support of two paying jobs. By the 2000s, there were reports of three and four-job families, where the husband might work two jobs and the wife one or even two, as well.

That no doubt changed after the onslaught of the Great Recession of 2008 – not because price inflation slowed but because the jobs market in the US and in fact throughout the Western world collapsed. Today, the jobs picture is grim, as we can see from the Breitbart report. Here's more:

Of the 144 million Americans employed last month, only 116 million were working full-time. Friday's report showed that 58.7% of the civilian adult population of 245 million was working last month. Only 47% of Americans, however, had a full-time job. The market's positive reaction to Friday's report is another sign of how far our economic expectations have fallen.

If today the same proportion of Americans worked as just a decade ago, there would by almost nine million more people working. Just in the last year, almost two million Americans have left the labor force. With a majority of the population not holding a full-time job, it isn't surprising that economic growth has been so weak.

In June, the number of Americans who wanted to work full-time, but were forced into part-time jobs because of the economy, jumped 352,000 to over eight million.

The report is being greeted by the mainstream media as "better than expected" but Breitbart points out that "it only measures those who are working or actively looking for work. There is a growing number of Americans slipping through the cracks of the job market."

The article doesn't mention three other things. First, there is a vast gray and black employment market in the US that exists outside of government control. Second, 75 percent of US citizens are now reportedly living paycheck-to-paycheck, according to recent studies. Third, a similar number (according to a Forbes report) apparently find little or no satisfaction in the work they do.

When most people in a country have little or no resources – no money or land or even a house – and take no pleasure in working, and when only half of what may be considered the potential working population is formally employed, then it is probably not too strong a statement to say that the system itself is not producing satisfactory results and is even in danger of breaking apart entirely.

The United States of today little resembles the one of the 20th century, when reigning economic guru John Kenneth Galbraith produced books like The Affluent Society that regularly worried about the corrosive effects of wealth and leisure time on the US population.

The US's advantage throughout the post-War years was its dollar reserve currency; US officials could fund deficit spending by printing dollars without generating price inflation. Countries around the world had to hold dollars because they needed dollars to buy oil.

This system is changing now. The dollar is under attack by the BRICs, specifically by the Chinese and Russians, and it seems clear the world community wants to move to something else as the world's major financial support. John Maynard Keynes dreamt of a world currency and so does the IMF that supports its Special Drawing Rights as a potential replacement for the dollar.

The US in particular will not benefit from ever-more globalized fiat money. What the US needs is a stiff dose of freedom: fewer taxes, less regulation and, above all, the re-imposition of the kind of free-banking system that served the nation well prior to the Civil War. Money needs to be competitive, not monopolized by a clique of central bankers.

Those running the system obviously know it is not working, just as they know what would fix it. But they do not seem to care. If anything, they seem to actively wish for things to get worse – to further impose socialism and globalism on the suffering West.

I'd characterize this not as a rational strategy but as a kind of "grand illusion." Look around the world from Southern Europe to Africa to the Middle East to Brazil and even China, and one can see growing signs of violent disturbances. These have not yet reached the US but civil protests are growing there, as well.

Proponents are supporting a flawed sociopolitical and economic methodology that can yield explosions they will perhaps not be able to control. Egypt may only prove the latest example. This is the danger that lies beyond the numbers and is not often discussed with the seriousness it deserves.