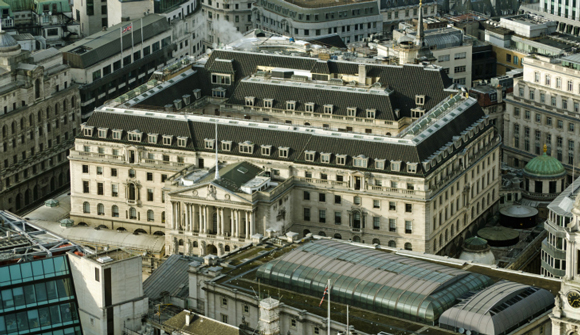 EDITORIAL
The Inevitable Collapse of the World's Economic System – It's Coming
By Anthony Wile - November 07, 2015

The world's economic implosion is getting closer. It's not something that is a staple on the nightly news, but it is taking place.

Because it is not commonly reported, investors may not understand fully how debased the economic environment has become. Japan, Russia, China and Brazil as well as the West are all plunging economically and thus interest rates – one sign of distress – may be going lower not higher.

The European Union doesn't anticipate growth and the Fed anticipates but doesn't act as if it believes it. And now Bank of England's Mark Carney has weighed in with his own negative forecast.

Forecasts for the first change in interest rates since 2009 have been pushed further into the future following the latest reports from the Bank of England. The Bank said that the outlook for global growth had weakened, which was depressing the risk of inflation. Economists think that indicates rates will not rise until the second quarter of next year and perhaps later.

We went through a period when the Bank of England in aggregate burbled happily about an ongoing "recovery." But recovery has been flushed down the so-called memory hole. Remember the "green shoots" of yore? It is all fiction, gas-baggery, monetary propaganda. There is no recovery. If the Fed raises rates it will be a tiny move upwards. But frankly, I'd be surprised even by that.

Just a few days ago, Yellen was quoted as saying the Fed would consider negative rates if the economy soured. Here, from Reuters:

The Federal Reserve would consider pushing interest rates below zero if the U.S. economy took a serious turn for the worse, Fed Chair Janet Yellen said on Wednesday. "Potentially anything – including negative interest rates – would be on the table."

Yellen said the idea would have to be carefully studied but indicated that banks might be apt to lend more money if they were receiving payment for money stored with them.

It is really incredible that people can put credence in this kind of economic mumbo-jumbo. The point of negative interest rates is that the bank is enriched by its savers and investors. But no matter what moves are made to support banks, it is the health of the economy that will drive the demand for money and thus for lending.

Central bankers are extraordinarily powerful in the modern era. And for central bankers every recession is a monetary problem and every answer involves the hammer of financialization.

They never call it debasement, of course, because that's a blunt term not used in the polite society of high finance. But one way or another the knee-jerk financial solution is to add to the money supply. When the business cycle is at its nadir, this solution is often described as pushing on a string.

The other problem that modern central banking faces is one having to do with forecasting. Central banking and much else in modern society as regards industry and economics is built on the superstition that backward-looking data can produce forward-looking, accurate predictions.

But this is impossible. An individual may possess several impressive degrees, may have a high IQ and a great industrial pedigree, but it will make no difference, as is shown over and over again.

Central bankers, among others, have nonetheless raised the cult of the "expert" to an extraordinarily high place in modern society. This is part of the larger technocratic impulse. The idea is that only the most formidably intelligent and well-educated people can be entrusted with the reins of society.

These individuals are commonly held to be able to make better decisions than those of us with less intelligence and education. This is the myth but it is not the reality.

Decision-making involves choosing directions that an institution may adopt in order to have more success. Again, the use of backwards-looking data to make predictions about the future in any detail is not a logical exercise.

Society has been poisoned by "experts" and the enormous power they wield. Nowhere are experts more entrenched or celebrated than in money business. Central bank predictions are constantly touted and celebrated, though they are almost never correct.

The larger issue regarding expert edicts of any sort is that they have the force of law and amount to price fixing. Price fixing inevitably generates scarcity, over-abundance, queues, etc.

Only the competitive market can generate a valid price because the participants are acting of their own free will. But capitalism itself, as we have learned, is riddled with large facilities that are propped up by judicial power. Inevitably the decisions that issue out of these entities distort the economic fabric in big and little ways.

Multi-nationals, large corporations, central banks, money center banks and the vast panoply of vendors that populate the military-industrial complex derive at least part of their profitability and authority through the monopoly power of state force.

The current environment of state-supported bigness may be among the most extreme that the world has ever seen. After 100 years of distortion, manipulation and mercantilism, this chapter of "capitalism" is coming to a close.

And the close will not be quiet or calm.

When this blowoff comes it will hit very hard because the fantastical jumble of mercantilist "capitalism" is delicately balanced and piled very high. When the supports finally crumble, the system will surely collapse with catastrophic totality.

For those who see clearly how such a collapse can occur (without knowing the exact timeline), there are numerous avenues to choose from when it comes to safety and wealth preservation. The world's prognosis may seem grim, but that doesn't need to hold true for yourself and your family. Introducing readers to these solutions is one of the objectives of The Daily Bell.

We will continue down this path, noting solutions as they arise and discussing reasons they ought to be implemented. We recently presented the innovative mining firm Seabridge to our readers because at this point in the business cycle, junior miners may start to see at least modest appreciation. Seabridge is well-positioned to take advantage of what may soon occur.

Seabridge has the added advantage of retaining much of its gold production in the ground. This may prove to be an extremely prescient decision. If the price of gold goes up relative to the dollar, Seabridge and its shareholders may reap the benefits of extraordinary leverage.

The system of financialization that has been inflicted on the West and the world over the past 100 years or more is coming to an end. Trees do not grow to the sky and neither do quadrillion-dollar derivatives markets.

Here at The Daily Bell, we'll continue to sound the alarm about this corrupt and ruinous system while suggesting potential solutions that people can examine and perhaps adopt. Seabridge is just one of a number of such presentations and we look forward to providing additional ideas as they come to our attention.