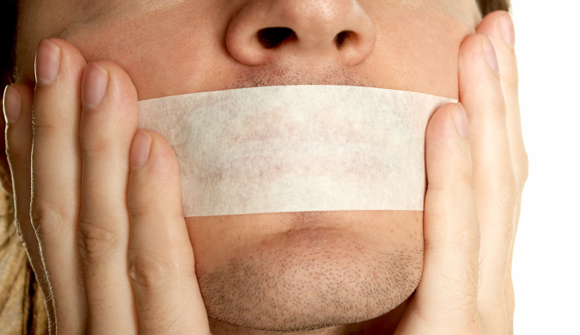 Reuters is carrying an editorial today on how the DC "government has failed us – again." Knowing Reuters's record on articles like this, you might wonder why I stopped to read it.

It was the title of the article, "The Sanity Caucus," that caught my eye.

Surprised by the title, I scanned down, wondering if the article would make the point that the Tea Party folks, despite their methods, had the right ideas: Stop the expansion of the US government by any means possible, at least long enough to make a serious point about a serious issue.

This wasn't the direction in which the article traveled. Instead, like so many other articles written toward the end of the government shutdown and after the shutdown was cancelled, it took the position that those involved in the shutdown strategy were rash and crazy people. Here's some of it …

… Given the debacle over the last 16 days, it's hard to praise anyone in Washington. Or anything. The shutdown cost the United States $24 billion, according to Standard and Poor's. Consumer confidence dropped by the largest amount since the 2008 collapse of Lehman Brothers. Our partisanship is undermining our international standing and slowing our economy. Worst of all, it starts again in January.

Unbowed by poll numbers that show their unpopularity, hard-line Tea Party conservatives are vowing to fight on. "If the American people continue to rise up," Senator Ted Cruz (R-Texas) declared in the Senate Wednesday after the deal was announced to avoid default and reopen the government. "We're going to stop the number one job killer in this country that is Obamacare."

We need to applaud the Republicans who stood up to Cruz this week: the so-called "sanity caucus." A civil war is underway in the Republican Party. Democrats can vilify Cruz and the Tea Party all they want, but it is only fellow conservatives who can undermine their legitimacy in crimson states and congressional districts.

Here's a cheat sheet for the post-shutdown Republican party: The sanity caucus: Mitch McConnell, Lindsey Graham and Lamar Alexander: Facing a Tea Party primary challenge, the Senate minority leader Mitch McConnell (R-Ky.) first stayed out of the fray. But his last-minute deal with Senate Majority Leader Harry Reid (D-Nev.) prevented the nation's first default. Yes, McConnell could have acted sooner. But it was McConnell — more than any other Republican — who prevented a default and crushed Cruz's hopes for a Tea Party insurrection in the Senate.

You may agree with all the above – though chances are if you do you've come to The Daily Bell by accident – but I don't. My take on Washington is that politics got the nation (and the West) into its current mess and thus politics is NOT the way to dig out. This is also why I do not believe the road to healing is bettered by tring to make change from within either "mainstream" political party, as it is the entire system that is sick and in need of dismantling.

A monarch owns certain things and leases others. But only a regulatory democracy has come up with the horrible idea of the "public space" that everybody uses but nobody cares for.

The idea that politicians have gone to Washington with idealistic stances is surely inaccurate. Politicians, by the time they get to hold such powerful offices, have made calculated deals with every interest group available to help them. They are headed down to DC on a kind of shopping trip. The "national interest" has little or nothing to do with it.

What is the "national interest" anyway? People have interests, but to geographical regions? I don't think so. In simplest terms what is going on in Washington is that a band of organized looters, representing interest groups back home, have over generations taken too much. They've started too many wars and spent too many dollars buying votes.

The idea that some of these looters are more apt to "do what's right," seems odd to me, especially, when you are singling out the individuals who are more "moderate" … less apt to make dramatic changes.

The people this article lists like Lindsey Graham, Susan Collins and Mitch McConnell are part of a group of establishment conservatives that created the sovereign debt problems with which the US is now struggling.

This Reuters article and others like it get it wrong. There are reasons to stay in the US and reasons to try to right the ship. Do it for your own future or for your children's. Do it because you think it's still possible to live free as an individual and enjoy your life.

Importantly, one might wish to take advantage of upcoming equity plays that the top elites are getting ready to implement. We've discussed this plenty of times. But ultimately, there will be a growing movement away from what this article characterizes as moderate conservatives.

Senator Cruz, who is also a politician, probably came the closest to intuiting the new US mood that has ramifications in all sorts of directions. International trade and finance are probably going to become more important, and the dollar less so. Regions of the world that have not seemed worthwhile paying attention to will suddenly become sought after.

The 20th century paradigm that this article provides to us is in the rear view mirror now. There's plenty of talk about how radical and intransigent the Tea Party types are. But their collective death has been announced for a number of years now and the movement just keeps getting bigger, though not any more organized.

That's because it's probably not a movement, no matter how much some (including some Republicans) would like to make it so. It's a bunch of people yearning to be free.

That's what the US has always been about. People misunderstand the so-called Tea Party and its intentions at their own peril. Before it's over, a lot more in the media, banking and politics will have either underestimated or misunderstood what's going on in the US.