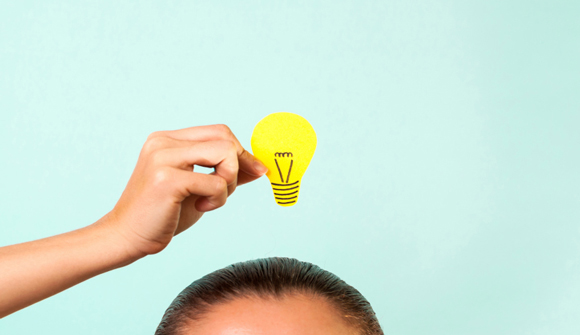 EDITORIAL
The Trillion Dollar Coin Is a Great Idea!
By Anthony Wile - January 12, 2013

SF Gate explained in a recent editorial that the "'trillion dollar coin' idea is worthless."

The SF Gate editorial gives us the background. "The idea of a 'trillion-dollar coin' came from the Internet, where a few political observers noted that the White House might be able to avoid the upcoming fight over our national debt ceiling by simply minting a platinum coin with a face value of $1 trillion."

These observers understood that legally the Treasury could mint and issue platinum coins in any denomination it chose. Thus evolved the idea that the Treasury could simply create a coin and deposit it with the Federal Reserve of the Bank of New York to cover significant US debts.

This is because the US government owes the Fed and other debt-holders trillions. If the Congress refuses to pass a debt-ceiling increase then the US is technically defaulting and could lose its current strong rating, which would cause the cost of money to rise.

Unfortunately, the fact that Washington is gearing up for a fight over the debt ceiling is equally crazy – so the "mint the coin" movement moved from the Internet to the Beltway at warp speed, and it's become an element of political strategy. At a Jan. 9 news conference, White House spokesman Jay Carney wouldn't say that a coin was illegal or that the idea of minting one had been ruled out.

The coin might sound like a great idea to Democrats, who are rightly frustrated with House Republicans for threatening a showdown over the debt ceiling. And it would be absolutely calamitous for Congress to refuse to raise the debt ceiling, which would mean a U.S. default on bills to creditors all around the world. Failing to raise the debt ceiling would have massive consequences for the United States in terms of our credit rating, our interest rates, and our global credibility.

But the problem with the coin is that it takes a political problem – Congress' inability to act responsibly – and turns it into a financial one. The United States can't just print money just because Congress doesn't want to behave responsibly. The world's most powerful nation can't afford to act that way.

"Minting the coin" comes with its own legal and political dangers, too. It could terrify investors, possibly leading to a dip in our credit rating and a spike in interest.

I think it's a good idea not from a practical standpoint but an educational one. It draws attention to the one thing the mainstream media – and the power elite that stands behind the media – never, ever wants to discuss. And that is the "power of the purse" that governments have created for themselves over the past century.

Today, unlike in the past, over 150 central banks print money recklessly. The Federal Reserve is surely the worst offender because of the dollar's reserve status. Because nations need dollars to buy oil, officials around the world need to hold dollars. The US can print massively without feeling the immediate result from price inflation.

Of course, price inflation happens – and is happening. More is yet to come because US officials have been so reckless. That's why I think the trillion dollar coin idea is a good one. It illustrates the insanity of the modern money system where people accept bits of paper as money simply because they've been printed by the government.

Money, ultimately, is NOT paper, not historically anyway. For thousands of years the market determined that the best medium of facilitating trade and servicing a transportable store of value is gold and silver. Not one or the other, but both.

Historically, gold served as the primary money metal for larger transactions and storing larger amounts of wealth. Silver, on the other hand, tended to better serve smaller transactions. Together they worked to satisfy the basis of trade and commerce around the world and left unhampered, they would still do that today.

However, there are others more desirous of using the levers of monetary control to manipulate the financial system and, like parasites, feed off the productive, thus draining the wealth and productivity of nations. And they have done a great job of spreading their government-sanctioned central banking disease all over the world.

You see it today in the Middle East and throughout North Africa where the US Department of State, hiding behind various front groups such as the Alliance for Youth Movements (AYM) is hastily building an Islamic Crescent to support the "war on terror."

The real reason the US – the world's leading Bad Boy enforcer – along with NATO and the rest of the Western Powers (and yes, Russia and China are part of the same crowd), is because the intergenerational families that set up the central banking edifices in the first place use its powerful benefits to fund their control of mainstream media and the larger military-industrial-political complex.

They do this with but one agenda … to create WORLD GOVERNMENT. But there is one factor they didn't expect: The Internet and today's Reformation – the Internet Reformation, if you will – that is spawning an awakening.

This is giving millions of people (who choose to see) an understanding of how Dominant Social Themes have been used to cement memes into our collective brains. Today, hope is in the air for millions who are waking up. The "reformation" is inspiring many to act. And they should!

At the very least people should transfer out of harm's way by exchanging devaluing paper money for real honest money – gold and silver. There is no time to delay.

In my book, High Alert, soon to be released in a 4th edition and available free to all members of The Daily Bell, I postulated that the 2 percenters were the battleground where most of the "great discussion" has traditionally occurred – far outside the mainstream living rooms around the world. As the truth began to circulate on the 'Net, it would become inevitable that we would experience an addition to the 2% number.

Anyway, like the Gutenberg press before it, the Internet is blowing a wind of truth across the world. People feel it and as they become aware, they want to free themselves from the "machine." And as they are becoming free they are dumping the "inflationary" monopoly paper money and moving into the "unable to be created out of nothing" honest money.

I strongly encourage readers looking to protect themselves and hedge against the "system" to transfer out of the devaluing mess and obtain physical holdings of gold AND silver.

Buy it from an honest dealer with no intent on leveraging you into speculative coins – numismatics – or leveraging your currency exchange (because that is what it is) into gold and silver weight that you cannot afford should the price of either metal go down in the short term. Just keep it simple. Transfer out of the monopoly fiat into gold and silver on an even up basis.

Thanks to the Internet, in particular, there are plenty of illuminating arguments about what money is and should be.

I have nothing against competing money systems – even fully fiat ones – within the context of monetary competition. But we've always written that gold and silver would likely find their rightful place within monetary competition, as they have for thousands of years.

People trust gold and silver because they are malleable, beautiful, transportable and rare. Money competition long ago decreed these two metals as "winners." And today they remain as much in demand as ever.