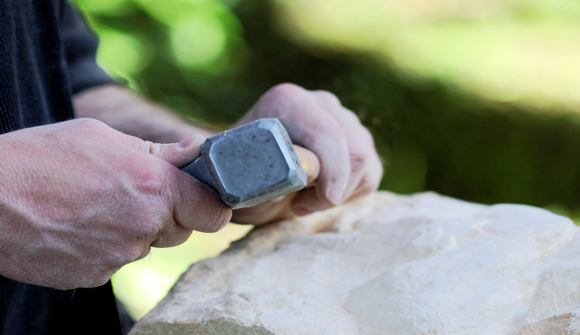 EDITORIAL
The World the Elites Remade?
By Anthony Wile - February 11, 2012

Robert Kagan has published an article in the Wall Street Journal entitled "Why the World Needs America." Kagan is a senior fellow in foreign policy at the Brookings Institution and the article is adapted from The World America Made, published by Alfred A. Knopf.

The article, in my view, is a good example of how the Internet – and what we call the Internet Reformation – is changing the context of elite dominant social themes. These themes, enunciated throughout the mainstream media, are intended to separate middle classes from wealth and power while supporting globalist institutions.

Robert Kagan's article in the Wall Street Journal would seem to illustrate the desperate state of the general elite promotional narrative. Kagan's article contains nothing new; the alternative Internet media has rebutted it thoroughly with historical facts that are available to anyone who wants to look.

This is a big problem for elite narratives. When the messaging is easily rebutted in myriad forums, it loses its persuasiveness. The top elite families – the ones that apparently control central banking trillions – also evidently and obviously want to create world government. They need people to believe in their narrative structure.

The primary elite meme within this context would be that over the past century freedom has triumphed over authoritarianism and free markets have triumphed over socialism. Kagan uses historical examples to support his thesis.

The end of Roman rule destroyed Western civilization for centuries, he claims. Likewise, British control of the seas and the balance of great powers on the European continent provided relative security and prosperity during the 18th and 19th centuries. Here's some more from the article:

The present world order was largely shaped by American power and reflects American interests and preferences. If the balance of power shifts in the direction of other nations, the world order will change to suit their interests and preferences. Nor can we assume that all the great powers in a post-American world would agree on the benefits of preserving the present order, or have the capacity to preserve it, even if they wanted to …

But international order is not an evolution; it is an imposition. It is the domination of one vision over others—in America's case, the domination of free-market and democratic principles, together with an international system that supports them. The present order will last only as long as those who favor it and benefit from it retain the will and capacity to defend it.

There was nothing inevitable about the world that was created after World War II. No divine providence or unfolding Hegelian dialectic required the triumph of democracy and capitalism, and there is no guarantee that their success will outlast the powerful nations that have fought for them …

If and when American power declines, the institutions and norms that American power has supported will decline, too. Or more likely, if history is a guide, they may collapse altogether as we make a transition to another kind of world order, or to disorder. We may discover then that the U.S. was essential to keeping the present world order together and that the alternative to American power was not peace and harmony but chaos and catastrophe—which is what the world looked like right before the American order came into being.

Kagan, by the way, is an advisor to the Mitt Romney campaign, and this sort of perspective (above) is probably a good reason why even Republicans have a hard time getting enthusiastic about Romney.

It's a mish-mosh of half-truths and historical evasions that one could compare to a Romney stump speech – especially the ones where he blasts "Obamacare" while omitting that as governor of Massachusetts he implemented something similar.

I'm not going to unpack Kagan's entire article, but I'll try to give a quick summary of "alternative (directed) history" to show that Kagan's ideas are in some sense a neatly packaged promotion, a kind of history-at-a-glance that bears little resemblance to the reality that the blogosphere has uncovered over the past decade.

One of Kagan's fundamental inaccuracies is to argue that Roman Empire created a peace and prosperity throughout the Western world. As we've now pointed out in numerous articles, the fulcrum of civilized societies lies in competing centers of power.

Greece during the Golden Age, Italy during the Renaissance, the US during the colonial period – each of these eras of peaceful creativity were developed when municipalities competed and people could move to other regions speaking the same language if governments became oppressive.

It is a fundamental misunderstanding of history to claim that the CONSOLIDATION of these municipalities created a vibrant and entrepreneurial society. It was the initial COMPETITION that created the foundation for prosperity and civil society.

The Roman Empire, therefore, can be looked on as a degradation of what made Rome great – the disparate municipalities located on each of Rome's seven hills. Again, it was the initial cultural competition that apparently built up the social structure that empire would degrade.

Kagan believes that the British Empire, like the American Empire, is an expression of cultural greatness and that it is seemingly the white man's burden to spread this greatness worldwide. He has it reversed. It is not Leviathan that provides civil prosperity but Leviathan that spells the end of it.

As for the elements of history that have led to the current Pax Americana, I'd argue that Kagan is mis-reading history here as well. From what I can tell, there is a dedicated banking elite with industrial, military and religious enablers and associates that is intent on imposing world government.

This handful of enormously powerful people has manipulated history for at least the past 100 years or maybe longer in order to create global governance. They have apparently created wars and financial crises in order to impose globalist solutions.

This is not just speculation, of course. After World War I the League of Nations came into being. And when it failed, the outcome of yet another world war was the United Nations and the various globalist enterprises that are now clustered around it including the IMF, World Bank, etc.

There is plenty of evidence that the Anglosphere banking elite funded both Hitler's Germany and the creation of the USSR. Books and articles tracing these historical facts are available across the 'Net.

It is not enough these days to assert, as Kagan does, that the American Leviathan is merely a fortuitous accident of history and that American military might – an empire – is necessary to uphold "modern civilization."

Modern civilization, in fact, includes billions of tortured people that live on a couple of dollars a day and numerous dictators who are supported by American military might just because they are apparently willing to aid in the erection of the Anglosphere's New World Order.

The "civilization" that Kagan writes of is historically questionable and currently doubtful, given the number of wars that the US is involved with, the economic disruption of the dollar reserve currency and the general, expanding economic depression, worldwide, as a result.

The truth – as Internet alternative history shows us – is that there IS an elite, one that directly straddles at least three "countries" (Israel, Britain and the US) and somewhat more indirectly controls the EU, Middle East, Africa, etc., as well. It uses myriad economic and socio-political resources to build world government. This explains why the policies of so many nation-states significantly depart from the desires of the civilian populations.

Search the Internet. Read up. There's no mystery to it anymore. The ruling elites have set up economic, military and political systems that purport to represent the views and aspirations of "citizens" but actually realize the goals of the organizing elites – which is seemingly world governance, including a global central bank and global currency.

Why would Kagan write such a book and why would a reputable publisher promote it? Well, the myth of the emergent American Empire is a powerful meme. As long as people believe they are in charge of their own societies – and that militarized empires are necessary to civil society – then the elites can continue to manage events behind the scenes.

But if people begin to believe that they are NOT in control, that it is all an elaborate charade, then the mercantilist control now exercised by the Anglosphere will gradually fail. Those in charge will have to show the real face of power, not a healthy prescription in a modern age filled with angst and anger.

The problem the elites have to grapple with is that this fundamental meme is increasingly unpersuasive as time goes by and more and more information emerges. Maybe that explains the current manic attacks on the Internet.