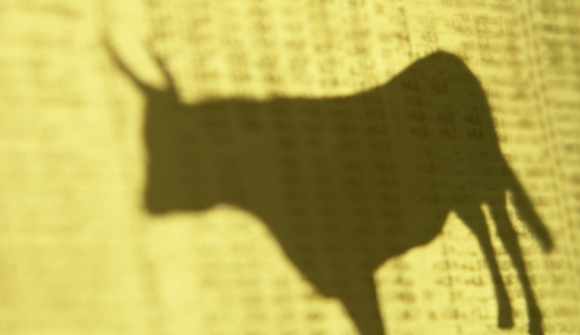 Paul Craig Roberts has done us the service of analyzing the recent jobs report. It came in better than expected but didn't move the markets much on Friday.

From an investment standpoint, this is a problem. When markets don't react to good news, they're probably even weaker then they seem.

But all is not lost. At the end of this editorial I'll remind viewers of alternatives that may provide opportunities that large public marts cannot.

In "Yet Another Fabricated Jobs Report" Roberts declares he will "strip away the Matrix and show you the reality."

Apparently, the equity market did not believe the report, with the averages moving down today. As I have pointed out almost monthly for what I think could be approaching two decades, the alleged job growth always takes place in nontradable domestic services, that is, in areas that do not produce exports and have no competition from imports. This is the job profile of a Third World country.

Roberts then points out that the US economy has officially been in recovery since June 2009 – and calls it an "unusual recovery."

For one thing, despite the recovery, the labor force has been shrinking while the working age of the population has been rising.

Also, the current unemployment rate has been set rather arbitrarily at five percent, as it has ceased to count "discouraged" workers no longer looking for employment.

Currently, Roberts claims there is an astonishing group of 94,691,000 Americans who are of the age to work but are not working.

So who received a part of the 292,000 December jobs? Nearly 150,000 jobs were filled by people 55 years and older. These are mostly retirees, he speculates, who have either gone back to work full time or are trying to supplement their incomes.

Roberts points out these are mostly low-paying service jobs. Meanwhile, the country's "prime workers" between 22 and 54 years of age filled only 16,000 or 5% of the new jobs.

The ramifications of this kind of labor report are significant from both an economic and investment standpoint. The US has ceased to be a producer of meaningful jobs and as a result the US economy is going to cease to be a factor in global economics.

Right now the US has the advantage of controlling the world's reserve currency, but sooner or later that is going to end. Bereft of its powerful currency and stripped of significant employment opportunities, the US is destined to unravel as a major power.

From an investment standpoint the news is certainly not good. Without meaningful growth, the US is a kind of "paper tiger." Right now it still has the biggest military in the world and thus more clout than any other country.

But the basic supports of what made the US powerful are going away – an educated work force employed in significant jobs and the dollar reserve currency.

This may be the year when the US began to fail. The current putrid start for equity markets is not necessarily going to be alleviated simply by time or different monetary manipulations.

However, the markets' weakness can work to investors' advantage if they understand rotational investing.

I've written about this sort of strategy in my book, Financial Freedom: The High Alert Way to Discover Winning and Profitable Investment Ideas.

Rotational investing is basically sector investing. What that means is that you figure out where you are in the investment cycle and try to pick a sector that corresponds to the appropriate economic season.

In some seasons, of course, it may be better to allocate a majority of funds away from the market entirely. And one could argue – based on Roberts's conclusions if nothing else – that this overpriced market is far too volatile to be trusted with significant cash flows.

However, in this case there are equity alternatives, specifically pre-public ones located in the burgeoning cannabis arena. I wrote about this in my previous editorial, "Three Trends for 2016."

In 2016, we've rotated into a tightening season and with more rate hikes likely on the way, equity markets are bound to become more subdued at some point. Some would say we're already there.

Alternative investments, as I explained last week, are going to become more attractive to many – including farmland, water rights and elements of what we call "lifestyle insurance" such as second homes in various attractive regions of the globe.

One area I devoted considerable space to last week was the idea of pre-public cannabis exposure. The industry is growing and whitening at a fairly steady pace and the UN's UNGASS meeting in April 2016 will probably give both medical and adult-use recreational cannabis markets a significant boost.

Change is in the air, I wrote, and that change will inevitably mean large profits for those strategically positioned in the right locales – and just as importantly, in the right sectors.

Cannabis may be the dotcom sector of this second decade, though profits may be taken privately rather than publicly depending on how the industry evolves – and how attractive the public markets are.

What's most persuasive to me is that over the decade a whole new industry is going to be built and some will become fabulously wealthy from it. There are so many uses for cannabis that one might suggest it constitutes several industries not just one.

I really can't think of any similar situation. Even when alcohol was re-legalized in the 1930s, the opportunity was fairly streamlined. Booze was for drinking.

But cannabis is another kind of opportunity. It's a vast and proven market that has languished for more than 50 years. The opportunities are almost endless.

Call cannabis a bright spot, especially when contemplating Roberts's analysis of US economic fundamentals. The nation may not be able to sustain its stock boom but as Doug Casey is fond of saying, "There's always a bull market somewhere."

In this case, think cannabis.