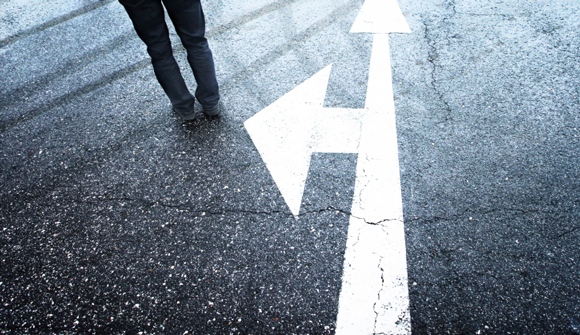 It was all over the news yesterday that Secretary of State Hillary Clinton and Adm. Mike Mullen, chairman of the U.S. Joint Chiefs of Staff, had paid an unannounced visit to top Pakistani leaders. As The Daily Bell reported in an editor's note, Clinton made a fairly startling statement once she was there. "There is no evidence senior people in Pakistan knew that Osama bin Laden lived so close to Islamabad," she said.

This caught my attention. We try to look for moments when the dominant social themes of the elite reach critical points. We identified one as regards the Federal Reserve well over a year ago. We announced the Fed was in deep trouble politically and from a public relations standpoint and we were right.

In this case, I don't even have to make a statement. Hillary did it for me. She was quoted at saying that Pakistan-US relations had reached a "turning point." She said it several times. In this editorial I want to examine that turning point – because it really is historical – and try to explain what Hillary meant by it.

There are actually at least two "turning points" involved. Ms. Clinton won't explain it of course. She'll leave it up to others to explain. And the mainstream media has immediately plunged in to explain that one (obvious) "turning point" has to do with the amount of cooperation that Pakistan's leaders are going to show American ones. Nothing of course could be further from the truth. If the mainstream media is analyzing it, you can be sure of a misdiagnosis.

So what is the reality? Well the smaller reality as we have written many times is that the Anglosphere elite has been losing the Afghan war for a number of years and that is gradually percolating through to the larger Western public. This is terribly distressing to the power elite, which is having horrible trouble controlling its sub dominant social themes. In this case, Hillary desperately needs the Pakistani leaders to continue to help with the overall cover up regarding the war and bin Laden's probably phony death.

In fact, it is all growing more and more complicated. You see, bin Laden probably didn't die on May 1, 2011. He may have been dead for a decade now. Ten years ago his kidneys had apparently failed. He had Marfan's disease, which ruins internal organs. Pakistan's Benazir Bhutto said bin Laden was murdered in 2003 – she told that to David Frost before she was assassinated. Others have said bin Laden died peacefully in a French hospital early in the 2000s and that his remains had been put "on ice" for several years.

The whole story of bin Laden's final decade "on the run" doesn't even begin to make sense. After his "death," his body is dumped into the sea. Photos are not released. The SEALS are not identified. Instead, we get first hand reports from Pakistan that contradict the entire narrative constructed by the US (not that it was a coherent one to begin with).

What about Occam's Razor? The simplest explanation is the easiest. ("One should not increase, beyond what is necessary, the number of entities required to explain anything." – Principia Cybernetica) But this is not the explanation we are treated to. Clinton travels to Pakistan and announces that "conspiracy theories" are not helpful in furthering the relationships of Pakistan and the US at a critical juncture. Here is the nub of it: If Pakistan's leaders DO NOT ask the questions we have asked (and they have not, certainly not publicly) then they would seem to be complicit in a vast coverup. No wonder they are resentful.

But this is what happens when the state's lies get bigger. The truth about 9/11 – whatever it is – still has not been told. The FBI still has not investigated. The Pentagon and CIA still have not explained numerous anomalous issues. And the result, ten years later, is not only more problems with the "official" story, but also an evident and obvious whopper about bin Laden. That no one asks the obvious questions does not mean that the official story is believable; it just means that everyone is very afraid to question it. Imagine the fear at the top levels of Western government.

Bin Laden's supposed death is tied into the unfortunate reality that the US (and NATO) is losing the Afghan war. The Afghan war is a critical power elite meme. The US needs Pakistan to attack the Pashtun/Taliban. If they do not, the war is likely lost. Enter bin Laden and his "death." Whatever else it may be, it was likely supposed to shove Pakistan into an aggressive posture against the Pashtun/Taliban.

With bin Laden's "death" there were few rhetorical alternatives. Either Pakistan's leaders had been terribly incompetent in letting the terror master live in Pakistan for years or the military had been horribly incompetent – or perhaps both. Either way, the Pakistanis had much to apologize for. And the biggest way for Pakistan to atone was to attack, the Taliban. For a while, it must have seemed like a stroke of genius.

And yet … something went horribly WRONG. The result in this increasingly multi-polar world was only to push the Pakistanis into the waiting embrace of China. That's right. The Pakistanis began to talk to China right away, and Chinese officials began to make soothing noises about stepping into the power vacuum that the US was deliberately creating.

It soon became apparent to those at Foggy Bottom that maybe a mistake had been made. First top Senator John Kerry was dispatched to Pakistan to explain that US diplomats didn't really mean all those nasty things. Did that work? Well … not if Hillary had to fly all the way across the Atlantic for a two-hour meeting and photo session!

As long as I am mentioning it, let me again point out that the behavior of the world's leaders at this point is no different than that of say … the Mafia's. Phones and the Internet are so distrusted at this point that they have to get together at different venues – on a biweekly basis it seems – to plot their mischief. These get-togethers are called "summits." But they are merely ways of avoiding the wiretaps that the world's Big 8 dish out so generously to others. Proof? Ms. Clinton had something important to say the Pakistan leaders and she and her entourage traveled all the Islamabad to deliver it.

It is said that Ms. Clinton looked "grim" in Pakistan as she explained that Pakistan's leaders obviously did NOT know about bin Laden. We're not surprised; it is yet another defeat among many. With its themes crumbling about it, Money Power has turned to a last failing defense … organized violence. And Clinton's climb-down has to do with a second and larger turning point.

The City of London (where this mischief seems to begin) has a big problem. Once you have fallen back on the immoveable rigor of brute force you have to make sure that people understand that you will not back down. Not now. Not ever. If people cannot be frightened into supporting one-world-government (the point of it all) by fear-based memes, then they must be panicked into supporting it via military power. They must be made to feel that they have no other choice.

But what if the biggest war, the hinge war – the most important war of the past 100 years – is also the war that you are evidently and obviously LOSING? What then? Well, if you are the top honcho of the Pentagon or Hillary Clinton, you will do ANYTHING to make sure your pending defeat does not become common knowledge and tabloid fodder.

No, you cannot admit it! No how, no way! It will lead to a chain reaction, or so you fear. If people begin to understand that the entire Western world HAS LOST ITS MOST IMPORTANT WAR TO A BUNCH OF GOAT-HERDERS AND POPPY GROWERS … what then?

Money Power depends on the myth of infallibility buttressed by an overwhelming sense of fear. In the 20th century, this worked well. The entire mechanism of global government was put in place and people didn't object. In fact, many welcomed it. But today is another story. With the failure of its many memes (thanks in part to the Internet Reformation in my view), the power elite turned increasingly to violence – as they always do. But what if violence doesn't work either? What then?

This is the LARGER "turning point" that Hillary is talking about. THE END OF EMPIRE. If the five or so top Punjabi families do not rout out the Pashtun/Taliban, the Afghan war is indeed lost. And if the war is lost, then 10-20 percent of the world's population once again (as the Brits tried this 150 years ago) escapes the trap of the New World Order. Afghan is that critical. (In fact, I've have been told that the Koran mentions the Pashtuns are the "hinge" of the world and that the world – and its end – depends on them.)

Or course, this is not an analysis you're going to read about in any mainstream publication. It is funny in a sad way. "For reconciliation to succeed, Pakistan must be part of [the larger] process," Ms. Clinton said. But Pakistan will NOT be part of the larger process. It cannot be for reasons we have already explained in various DB articles. The wealthy Punjabi families need an independent Afghanistan if they are to retain their leverage in the area. It is a measure of the bankruptcy of US policy in the area, that the Western elites continue to demand of Pakistani leaders something they obviously cannot provide.

Losing the Afghan war as they are, I believe the elites are expanding hostilities elsewhere to cause maximum chaos as they try to keep up momentum for world government. But Afghanistan is the critical hinge. And it is at a "turning point." You can read more on this issue here: Bin Laden Episode End of Empire?