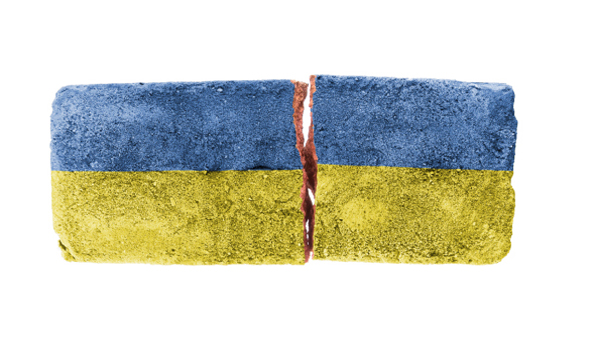 When it comes to geopolitical unrest, one has to look long and hard at a variety of scenarios and ramifications to begin to discern various "truths."

Such events are manmade, of course, and in the "era of the Internet," we can often see a kind of directed history at work. Such analysis helps us understand the world around us and its monetary evolution.

One begins with the cynical but unfortunately realistic perspective that the Ukraine turmoil was "an extension of diplomacy by other means" – and those means included destabilizing Ukraine's previous government in order to create the current situation.

It is surely the Anglosphere – especially the US and Britain – that were at least in part behind the destabilization. This was confirmed by a leaked phone call made by US Assistant Secretary of State Victoria Nuland.

A PressTV article reported: "… Victoria Nuland, the US Assistant Secretary of State … was caught using obscene language in a phone call about the European Union and the political affairs of Ukraine. … In her leaked private conversation with the US ambassador to Kiev, the American female diplomat is heard laying down in imperious tones how a new government in Ukraine should be constituted."

This is not all. In a speech given in December 2013 at the National Press Club, Nuland revealed that the US had aimed US$5 billion at Ukraine in order to build its "democratic skills and institutions. … Today, there are senior officials in the Ukrainian government, in the business community as well as in the opposition civil society and the religious community who believe in this democratic and European future for their country and they've been working hard to move their country and their president in the right direction," she is quoted as saying.

Such goals presumably include joining NATO and perhaps the EU, both moves that would seriously destabilize relations between Russia and Europe.

The Ukraine crisis has other ramifications as well, many of them predictably economic. We're all aware of regulatory changes contributing to the run-up in US marts. But then in short order came a sudden, suspicious run-up in the price of the dollar relative to gold and an unforeseen implosion in "developing county" financing.

These developments had the net effect of driving even further investment toward US marts, as one by one other investment opportunities weakened or fell by the wayside.

It is very possible that a ratcheting up in tension regarding Ukraine and Crimea will further increase the attractiveness of the US as a safe haven – and thus the "Wall Street Party" we've been reporting on.

A recent article posted at Carnegie Europe – "How Can Europe Now Deal With Russia" – pointed out the following:

A quarter of a century after the end of the Cold War, the EU has much at stake in Russia: nearly half a trillion dollars' worth of trade according to some estimates, compared with only $40 billion for the United States. Can the EU develop a responsible strategy for dealing with Russia in these circumstances?

You see? One would tend to believe that the Ukraine crisis will unsettle Europe in a variety of sociopolitical and economics ways and contribute to the attractiveness of US marts.

The EU should deal with Russia by standing up for its own core values, rules, and commitments. The bloc should also take this opportunity to enhance coordination among its 28 member states …

Major EU crises can also provide an important trigger for internal change. In the energy field, a 2009 gas dispute between Russia and Ukraine speeded up work on a common EU energy policy and measures to increase security of supply.

So we have yet another layer of "cause and effect" when it comes to Ukraine. Not only will it potentially destabilize Europe's economic "recovery," but it may also be used as a justification to further consolidate Europe's political system under the EU's control.

Finally, as a recent Economist article pointed out, the crisis may ultimately weaken the economic and political health of Vladimir Putin's Russia:

Russia's economic stagnation has exposed the limits of Mr Putin's political and economic model, which relied on rising oil revenues and allowed him to buy the support of the elite and the acquiescence of the population at large. Real disposable incomes, which rose by 12% in 2007, on the eve of the war with Georgia, are forecast to rise by 3% this year. The Kremlin faced a choice between political liberalisation and mobilisation of the country by the means of war and repression. Mr Putin has chosen the latter …

Russian sabre-rattling has given Mr Putin's ratings a short-term boost, it is unlikely to arrest the growing discontent with his policies for long. As Andrei Zorin at Oxford University notes, the militaristic euphoria was even stronger 100 years ago when the tsar dragged Russia into the first world war. Two years later, that enthusiasm had vanished and the Russian empire started to crumble.

Obviously, we'll all be living with the results of the Ukraine crisis for years to come. But perhaps Ukraine's completely unnecessary destabilization will contribute to a growing repugnance in Western society with this sort of "Great Game." I think that is a good possibility and one that is already taking place.

That would be yet another ramification. It can't happen soon enough.