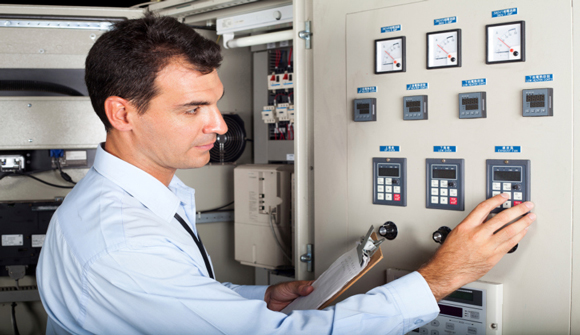 UN-Water Survey Examines Water Law Reform … Twenty years ago this June world leaders gathered in Rio de Janeiro for an Earth Summit to develop an action plan for sustainable development. They discussed a wide variety of topics including climate change, alternative sources of energy to replace fossil fuel and the growing scarcity of water. This June, world leaders will gather once again for the Rio+20 Conference to examine the progress that has been made. – WaterWorld

Leading proponents of "leveling" are preparing to descend on Brazil for the upcoming Rio+20 Earth Summit, hosted by the United Nations, and one of the items on the menu will be a re-valuation of the UN's muddled Integrated Water Resources Management (IWRM) initiative.

The results will doubtless be a further weakening of property rights around the world under the guise of communitarianism and outright socialism.

IWRM is part of the UN's overall infamous Agenda 21 "Sustainable Development Initiative" – basically a rhetorical cover for a global abrogation of private ownership. It's a way to impose top-down governmental/elite control of water resources by maintaining that water belongs to everyone.

UN officials are forever discovering crises that can only be solved by the UN itself. But there is no world water crisis – except that which is imposed on people via corruption, neglect or outright maliciousness. The world is 70 percent water. And there are plenty of compact water purification devices – more every year as technology advances – that can purify as much water as needed.

Private-market solutions to the water crisis are evident also, to well-meaning people, and have been for centuries. Nothing has changed.

One simple – non-radical solution – is to let individuals bid on water leases. Once people have an investment they have an incentive to keep water clean and maximize the resource. Don't want multinationals involved? Don't let them bid.

That's not what the UN has in mind, though. The UN was set up by certain top-level global elites to promote world government. Pretty much everything that the UN does is a lie; nothing is what it is said to be …

"Participating in a UN advocated planning process would very likely bring out many of the conspiracy- fixated groups and individuals in our society… This segment of our society who fear 'one-world government' and a UN invasion of the United States through which our individual freedom would be stripped away would actively work to defeat any elected official who joined 'the conspiracy' by undertaking LA21. So we call our process something else, such as comprehensive planning, growth management or smart growth." J. Gary Lawrence, advisor to President Clinton's Council on Sustainable Development.

UN bureaucrats are constantly discovering "crises" and then proposing complex governmental solutions to defuse them. But behind the solutions is a single agenda – advancing the cause of world government.

This is why UN solutions inevitably involve massive doses of bureaucracy. Elites need to run the world via mercantilism, the use of government to benefit their own private interests. Any solution provided by the UN is bound to be tainted by this larger agenda.

The UN works hand-in-glove with other transnational outfits that are presented as private-market solution markets but are nothing of the sort. Chief among these are the International Monetary Fund and the World Bank.

The World Bank is an especially egregious element of the larger one-world elite conspiracy. And it is deeply involved in the phony water crisis via something called the 2030 Water Resources Group launched earlier this year at the World Economic Forum in Davos, Switzerland with oversight by the International Finance Corporation of the World Bank, partnering with "core sponsors" Global Green Growth Institute, Nestle, Pepsico, SAB-Miller, Schweizerische Eidgenossenschaft, Coca-Cola and USAid.

Inevitably, technology is suggested to better "manage" resources that are supposedly being squandered. In this case, "smart metering" is being suggested as the antidote. The World Bank and private entities such as Pike Research are already suggesting something called Smart Water Meters.

In a press release, senior Pike analyst Neil Strother is quoted as saying, "Smart water meter deployments are picking up pace in Europe and North America, and … other regions as well. With losses from non-revenue water (NRW) representing $14 billion in missed revenue opportunity each year, according to the World Bank, the economic case for better water metering is compelling."

Pike Research forecasts that the global installed base of smart water meters utilizing advanced metering infrastructure (AMI) will reach 29.9 million units by 2017, up from just 10.3 million meters in 2011. By the end of the forecast period, the firm anticipates that 3.3 million smart water meters will be shipped each year, representing an annual market value of $476 million.

Of course, smart meters are already receiving quite a bit of pushback where they are being installed, especially in California, where in some cities they are being removed now, for health reasons.

As we explained in a previous article, smart meters, new wireless utility meters, were being installed as part of the "smart" grid initiative, spearheaded by technology firms and backed by the Obama administration and the Department of Energy. Today, the initiative is mired in litigation. Here are articles on the subject:

California Recall … Beginning of the End for Smart Meters?

Whether it is water, food or energy (or any other significant resource), you can bet the UN will discover that it is being mishandled and is in danger of generating a "crisis."

The UN will then literally squander billions on meetings and bureaucratic proclamations that inevitably make matters worse. This is just the point, of course. The UN needs a series of crises to justify its existence.