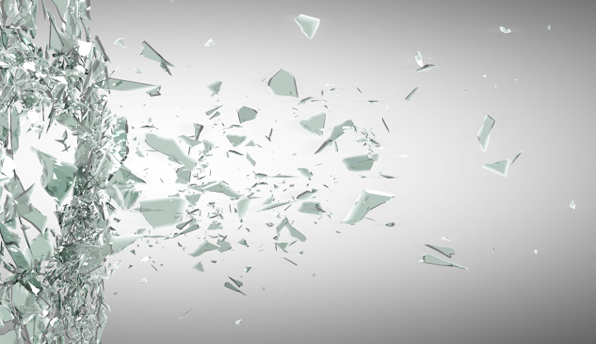 But it has been the great triumph of globalists that they have created an entire history built around non-existent entities.

"France goes to war with Germany."

"Tensions arise between Afghanistan and Pakistan."

This latter sub-meme is especially noteworthy, for nation-states like Afghanistan and Pakistan are often created to generate additional sociopolitical and ethnic tensions. In the case of these two "countries," the legitimate presentation would feature Punjab and Pashtuns. But the Pashtuns are actually split between Afghanistan and Pakistan, just as the Basques are split between Spain and France. These ancient tribes truly do form a kind of individual entity – while the false meme of the "nation" is employed to frustrate legitimate cultural cohesion.

The nation-state is a perfect tool for elite manipulations. It provides the building blocks for greater globalism and can be used to inflame tensions and set people against one another. The US is a case in point. There are cohesions in the US, but these are ones based on ethnicity, immigration, customs and language among other factors.

What usually binds such elements together is the application of force, the imposition of a majority religion and, most importantly, the institution of government.

The US was created as a republic and is said to observe a "constitution." Exactly how much relevance the US Constitution has today is questionable, but so long as the politicians and mainstream media pretend it is relevant, the questions about its credibility and applicability will remain muted, at least to a degree.

But that was then. Today, the faux-sinews of the United States are unraveling in numerous areas. Much of this can be laid at the feet of the Obama administration, which has increased the level of lawlessness of the US's executive branch through broad interpretations of executive privilege and by simply refusing to obey previously accepted legal statutes.

Simply put: Obama is flouting laws he doesn't agree with. His activism has markedly increased over time.

These are but a few of the most recent apparently illegal actions that add another layer of deceit and treachery to a vast history of lawlessness implemented by other administrations.

Much of this is likely being done with a specific goal in mind. Obama is part of a globalist enterprise and one of his apparent objectives – at the direction of others, to be sure – is to wreck the current version of the US in order to create what may be a regional North American Union that can act as an economic block in concert with the EU and presumably, at some point, with an Asian Union. (There already is a proposed "central Asian union.")

Since the US is not a cohesive cultural entity, the destruction of its legal ligaments will make the nation a good deal less likely to survive as a single, unified entity. Presumably, this will also make it more malleable and better able to integrate into a larger union.

We are fortunate to have the Internet to show us the ongoing implementation of this particular strategy. Without the Internet and its daily charting of the patterns comprising this disciplined destruction, we would not have an inkling of the vast scale on which elite globalists seemingly work – and have worked for hundreds of years, first creating nation-states and now, apparently, combining them.

Most significantly, from an investment standpoint, it has provided us with evidence that "investing" is continually manipulated by regulators, financiers and professional traders. Supervised by an alphabet of regulatory agencies, modern markets are driven by the nothingness of monopoly fiat money to empyrean heights before collapsing as asset bubbles implode.

Current (public) scandals include Libor manipulations, the gold price-fix scandal and so-called flash trading exposed by financial journo Michael Lewis. Now there is another scandal being brought into the public view via Wall Street on Parade, which last week posted an article entitled, "Lawsuit Stunner: Half of Futures Trades in Chicago Are Illegal Wash Trades."

Since March 30 of this year when bestselling author, Michael Lewis, appeared on 60 Minutes to explain the findings of his latest book, Flash Boys, as "stock market's rigged," America has been learning some very uncomfortable truths about the tilted playing field against the public stock investor.

Throughout this time, no one has been more adamant than Terrence (Terry) Duffy, the Executive Chairman and President of the CME Group, which operates the largest futures exchange in the world in Chicago, that the charges made by Lewis about the stock market have nothing to do with his market.

The futures markets are pristine, according to testimony Duffy gave before the U.S. Senate Agriculture Committee on May 13. On Tuesday of this week, Duffy's credibility and the honesty of the futures exchanges he runs came into serious question when lawyers for three traders filed a Second Amended Complaint in Federal Court against Duffy, the Chicago Mercantile Exchange, the Chicago Board of Trade and other individuals involved in leadership roles at the CME Group.

The conduct alleged in the lawsuit, backed by very specific examples, reads more like an organized crime rap sheet than the conduct of what is thought by the public to be a highly regulated futures exchange in the U.S. The lawyers for the traders begin, correctly, by informing the court of the "vital public function" that is supposed to be played by these exchanges in "providing price discovery and risk transfer."

They then methodically show how that public purpose has been disfigured beyond recognition through secret deals and "clandestine" side agreements made with the knowledge of Duffy and his management team. The most stunning allegation in the lawsuit is that an estimated 50 percent of all trading on the Chicago Mercantile Exchange is derived from illegal wash trades.

Wash trades were a practice by the Wall Street pool operators that rigged the late 1920s stock market, leading to the great stock market crash from 1929 through 1932 and the Great Depression. Wash trades occur when the same beneficial owner is both the buyer and the seller. Wash trades are banned under United States law because they can falsely suggest volume and price movement.

The lawsuit says Duffy and his management team are tolerating wash trades "because they comprise by some estimates fifty percent of the Exchange Defendants' total trading volume and also because HFT transactions account for up to thirty percent of the CME Group's revenue."

Another very serious charge is that some of the defendants in the lawsuit who are in leadership roles in management at the futures exchanges, have "equity interests" in the very high frequency trading firms that are benefitting from these wash trades.

Securities marts in the US and throughout the world have always been controlled by insiders that will gain advantages as they write the rules and implement them. Ordinarily, such institutionalized corruption wouldn't matter, but over the past century securities marts have been driven into giganticism around the world by an unholy mercantilist alliance of government and private interests.

The real scandal of these globalized, digitalized bourses is their centralization. In a free-market environment, bourses would link up in flexible arrangements. But in our hyper-regulatory climate, driven by international interests, trading has been centralized by force, giving insiders huge incentives to use all sorts of trickery to gain an advantage and subsequent astounding wealth.

Once again, the Internet is the medium that has exposed the market's larger corruption – the endless double-dealing and institutionalized stealing that lie at the heart of the system. Much of this is located in the US in particular, still the most powerful nation in the world.

When one reads opinion polls, no matter how inaccurate they may be, the sinking numbers of citizens who believe in the system's veracity or ability to right itself must surely provide us with insights into where the US is headed – toward a crack-up. Ironically, as we have pointed out, this slow-motion crack-up is being accompanied by an all-out attempt to inflate investable assets and stock markets themselves. Endless central bank money printing is not to be acknowledged as the cause of asset bubbles. Globalists have deployed such luminaries as Alan Greenspan to tell us so.

My perspective regarding the "Wall Street Party" still stands. The markets are tilting upwards like the prow of a sinking ship, high – high – into the sky. Take your chances if you wish. This may be one final, grand opportunity.

The Titanic, ruler of the waves, makes its final awe-inspiring, dreadful descent … as the band plays on!