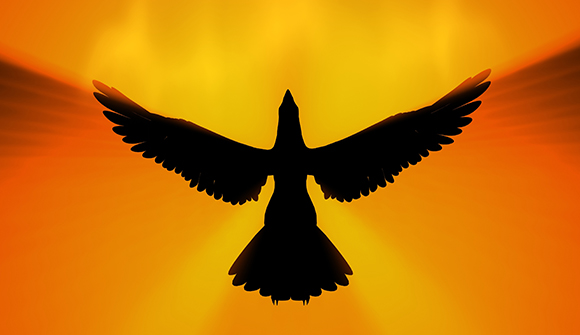 I’m happy to announce The Daily Bell is back online as of today.

Starting now, you can visit The Daily Bell every day for groundbreaking news, analysis, editorials and exclusive interviews. We’re not changing anything in terms of our editorial approach, just getting bigger and better – within the context of “actionable” investment intelligence.

While the old Daily Bell reached millions of people worldwide, there was no way our previous non-profit-oriented structure could enable us to provide our readers with the kind of analysis we are now offering. We needed a hiatus of about two months to position The Daily Bell within an overall self-supportive structure that can enable us to share our free-market ideas with a much larger audience.

Now we’re introducing an incredible concept, what I call a Super Trend. In fact, I wrote a new book about it while working to reposition the new Daily Bell. It’s called Financial Freedom – The High Alert Way to Discover Winning and Profitable Investment Ideas. To download a free copy, click here.

Back to the Super Trend. It’s such a powerful perspective that I’ve been able to build an entire suite of products and services around it. The Daily Bell itself sits at the center, providing viewers with news and insights just as before. But High Alert Investment Management Ltd., which publishes The Daily Bell and of which I am its founder and chief strategist, is a boutique venture capital consulting firm that utilizes the VESTS investment model I initially introduced in my book, High Alert, to profit in an actionable way from the kinds of perspectives we share each and every day at The Daily Bell.

I’m happy to say that we’re already getting considerable involvement from contacts we’ve cultivated through Daily Bell associations. People know of our track record from reading the publication and are quite receptive to taking action with us. This is a serious business; we’re very confident of our paradigm. In fact, we’re speaking to people who say to us, “Frankly, Anthony, we read your stuff and we began to apply it on our own because you had no vehicle to take it to the next level.”

Just to reemphasize, the motor remains The Daily Bell’s pioneering analysis, the idea that society is run via what we call directed history, social promotions that are then acted upon. The promotions themselves may be false or exaggerated but this doesn’t have an impact on the operative solutions.

The much-discussed Federal Reserve “tapering” is simply not going to happen. Even if the Fed prints a little less money someone still has to buy the US’s fixed-income securities or interest rates will move much higher. If interest rates move higher, then it becomes very difficult to service US sovereign debt.

Alternatively, the US government could pare back its expenditures, but that’s probably not going to happen either. The US is effectively broke and facing bills of up to US$200 trillion over the next decades, according to top economists who’ve analyzed the gamut of US obligations. We wrote about that here: The US$20 Trillion Debt Which Cannot Be Named.

There is probably no way for the US to survive in its current form, long-term, but in the near term the solution is simply to continue to print money and lots of it. And as it has been, some of that money is going to continue to flow in equity markets. The plan is obviously to continue to drive these markets up, fast and hard. Of course, it won’t be a steady ascent but you can see the building blocks that have been put in place from both a monetary and regulatory standpoint.

It is “money-from-nothing” that has driven Western markets – especially US markets – to their current valuations. Now regulatory adjustments such as the JOBS Act will encourage a slew of new startups that will eventually realize significant value via initial public offerings. That’s no coincidence, either. The stage is being set for a final “leg up” – one that could see the stock market blow through the roof.

Of course, this won’t have a big effect on the larger economy. What we call the “power elite” – the top banking families, especially, that control central banks around the world – will get out of the way after this final move. Once it takes place, markets will subside again and in the process they’ll virtually shatter the post-World War II economy and usher in something else – probably more global.

This is a final “Wall Street Party,” – as I’ve referred to it – and we’ve decided to crash it. High Alert Investment Management Ltd. has developed an international network of select asset managers, accredited and institutional investors, investment banks, family offices, financial analysts and securities firms that will participate in our early-stage, privately-held growth companies that we identify via the VESTS model.

VESTS itself is explained in my book High Alert (6th Edition) and, as mentioned above, in a new book called Financial Freedom, both available on this website along with another book called The Liberation of Flockhead that has just been issued in a second edition. The books are available free-of-charge as is our monthly newsletter that provides a monthly view of top Daily Bell articles along with an in-depth analysis of a particular dominant social theme.

Both books, The Liberation of Flockhead and Financial Freedom, will also be available at our upcoming conference to take place in Cape Breton, Nova Scotia October 16 to 19. Attendees will also receive a top-level briefing regarding the specifics of this final upcoming “Wall Street Party.” In addition to myself, other speakers attending include top alternative media commentators such as Tibor Machan, Wendy McElroy, Ron Holland, Terry Coxon, etc.

Obviously, the conference will delve into specifics regarding upcoming opportunities that can take advantage of this near-term “super-trend.” I’ll be mentioning a start-up at the conference that I’ve invested significant funds in myself. These are companies we believe in both ethically and from a business sense. We’re not touting a “stock-of-the-day,” and we’ll disclose any interests we have in opportunities right up front.

We’ll hit some “home runs,” I think, and if we do, it will happen via positions in freedom-oriented investments that are practically and morally appropriate – at least according to my own moral compass. We’re not even going to suggest any investments that don’t align, though certainly I do not profess mine to be anyone else's! We’re certainly not going to be investing in military-industrial “opportunities” and I highly doubt we’ll investigate any windmill farms. But we can certainly invest in companies that support the expansion of current freedom trends and are an outgrowth of the accelerating Internet Reformation.

In summary, we're putting dominant social theme analysis to work to discover asset protection and wealth building ideas for me and you – and we're using the VESTS investment model to make it happen in a timely and analytical fashion.

I hope you enjoy the new Daily Bell. And I hope to see some of you in Cape Breton in a couple of weeks, especially if you understand the opportunities for select private investments within the context of the upcoming elite promotion that I’ve been describing.