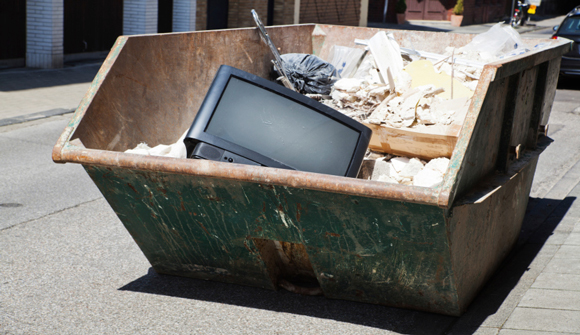 EDITORIAL
What CNN, the Ultimate Disposable Network, Shows Us About Promotions
By Anthony Wile - January 11, 2014

Variety commented just yesterday on "CNN Eyes Primetime Shake-Up." The article points out that change is necessary, though it would occur gradually. But it will occur.

In fact, an end-of-year memo from CNN president Jeff Zucker reemphasized what CNN would become: "The goal for the next six months, is that we need more shows and less newscasts."

This is truly a historic surrendering of media real estate. CNN was supposed to dominate the world with a globalist view of what was important to know, but in the era of the Internet Reformation, this vision has been decisively rejected by viewers.

And thus, to survive, CNN's management has decided to shift from news to flat-out entertainment. But this surely undercuts CNN's initial reason to exist.

And in a sense, CNN becomes a metaphor for Western news generally. It cannot be what it should be because people don't believe in it. Without the ability to shape people's conception of "news," CNN is adrift.

So here is my question: Why is CNN being salvaged? It's not a competitive model.

My answer to that is below. First, a little more about what's going on.

What the CNN saga shows us is that globalist media entities can bleed money and viewers for years, even decades, without serious consequences. Today, it is still broadcast around the world in different languages and is ubiquitous on cable. If you travel a good deal, you realize that airports around the world tune in to it.

And that's very strange because CNN is truly a lousy commercial entity. It is not particularly compelling, scrambles its facts, has obvious globalist biases and generally seems to be first Iine as a disposable franchise.

The numbers show the decline, according to Variety.

CNN's primetime status needs improvement. In the fourth quarter of 2013, CNN's primetime lineup showed a significant dip in the ratings, and the gap between its viewership and that of MSNBC and Fox News Channel widened.

According to Nielsen data, CNN's primetime shows captured an average of 477,000 viewers overall in the fourth quarter, compared with an average of about 1.78 million for Fox News Channel and an average of 653,000 for MSNBC.

Both of those networks saw ratings rise from the third quarter, while CNN's quarterly primetime average has fallen since the second quarter of 2013, when the network captured an average of 653,000 viewers.

The network has been tinkering in full view of its audience. Don Lemon hosted a half-hour program at 11 p.m. for a few weeks, and he and Jake Tapper have been filling in for Burnett while she's on maternity leave.

After giving Cooper a second hour at 10, CNN has in recent weeks shown some of the documentaries, which have gained favor during other times during the week. And then of course, there are the rumors about trying to get Jay Leno to take a late-night perch.

"They need some heavyweights" in the time period, said Billie Gold, vice president and director of buying and programming research at Carat, a media-buying agency that counts General Motors among its clients.

Because CNN avoids partisan analysis of the news, she said, the network needs to bring in stronger personalities who will keep viewers interested, even when they aren't looking to find out the latest on a breaking story. "They do not have a strong voice, and I think that's their problem."

This last point is surely inaccurate. It is not CNN's lack of a strong voice that has caused so much damage as the obvious strong biases.

Like all the major networks, CNN reports on Western society's prevailing structure and hierarchy without challenging it in any significant way. This lack of significant opposition is no doubt a significant reason for CNN's failure. It is a creature of the power structure it purports to observe, and this is increasingly evident to viewers.

This approach worked well enough pre-Internet because CNN's biases were not so obvious. But this paradigm is certainly failing now, and not just for CNN.

Here's an analysis from Business Insider, circa November 2013:

TV Is Dying, And Here Are The Stats That Prove It … The TV business is having its worst year ever. Audience ratings have collapsed: Aside from a brief respite during the Olympics, there has been only negative ratings growth on broadcast and cable TV since September 2011, according to Citi Research.

Media stock analysts Craig Moffett and Michael Nathanson recently noted, "The pay-TV industry has reported its worst 12-month stretch ever." All the major TV providers lost a collective 113,000 subscribers in Q3 2013. That doesn't sound like a huge deal — but it includes internet subscribers, too.

Broadband internet was supposed to benefit from the end of cable TV, but it hasn't. In all, about 5 million people ended their cable and broadband subs between the beginning of 2010 and the end of this year.

These are substantial numbers, and represent a much larger trend. We've often written about this, ever since it occurred to us, about a decade ago, that the Internet was going to turn the media world upside down.

Today that has happened. The "sunk cost" of pre-Internet media amounts to trillions, and all of that is either gone or now in jeopardy. Were media to be constructed from scratch, you would find very little of the current structure remaining.

But those in charge of mainstream media continue to conserve what they can of it. CNN's reconfiguration is a good example of how this works.

These media dinosaurs are being preserved because the global elite has integrated them into the larger superstructure of media properties it controls.

At the top of this hierarchy are about five or six major media companies that seemingly operate separately but surely harmonize their editorial activities. This is the reason that properties like CNN and AOL are not discarded. They are locked into a superstructure that is difficult to dismantle.

Also, they are staffed by those who can deliver a "dependable" message. This is one reason I am so sure the Wall Street Party (the strengthening stock market boom) we've analyzed is going to continue to receive widespread coverage, so long as the market holds up.

CNN and the other major media will give this planned market top tremendous coverage, because that's what the top banking elites expect.

In the longer term, however, this elite media paradigm is in terrible trouble. All that is valuable about these laboriously constructed franchises is their ability to shape people's perceptions of "news." Shifting AWAY from news to salvage viewers undercuts the reason that outlets like CNN were created in the first place.

This is a conundrum that globalist news media has yet to unravel.