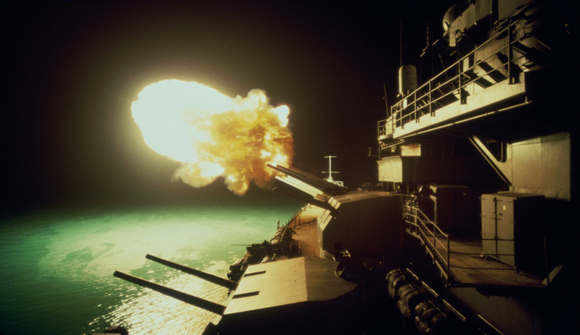 EDITORIAL
What Is the Real Reason for Doyle's Letter Blasting the IMF?
By Anthony Wile - July 21, 2012

A senior economist for the International Monetary Fund, Peter Doyle, has merely reaffirmed what is evident and obvious about the IMF … that it is not a proactive organization when it comes to defusing global financial crises.

Here's a question, however. Doyle is a ranking IMF official with broad responsibilities and a 20-year service record. Are we really to believe that it has taken him two decades to perceive the IMF's fundamental illegitimacy and dishonesty?

It seems to me naïve to take Doyle's letter at face value. He wrote it out of anger? Why risk his pension by making public statements of this sort? Perhaps he is trying to disassociate himself from various upcoming revelations at the IMF and related globalist facilities. If this is so, then expect more Peter Doyles.

What are some explosive issues lurking in the background? The alternative media broadcaster King World News recently carried an "Interview With a London Trader" predicting that decades-old gold and silver manipulations are about to become common knowledge.

With many global investors still concerned about the recent price action in gold and silver, today King World News interviewed the "London Trader" to get his take on these markets. The source told KWN that "… the LBMA's price fixing scheme is coming to an end." The source also said that because of this, the eventual "move in gold and silver will literally frighten most people."

Here is what the source had to say: "It is now beginning to be discussed, openly, that the unallocated gold is not at the banks. This is definitely the case with many of the allocated accounts as well. The reason I'm pointing this out is you have a more 'open' disclosure that's taking place with regards to this."

It is difficult, so far as I am concerned, to describe the ongoing crookedness of the Western world's leading financial institutions. And so, my conclusion: If the system itself is not robust enough to continue, then all sorts of criminality shall duly be exposed. Doyle's resignation merely constitutes an initial salvo. Here's an excerpt about his resignation from a UK Telegraph article:

"After twenty years of service, I am ashamed to have had any association with the Fund at all," Doyle wrote in a June 18 letter to Shakour Shaalan, dean of the executive board of the IMF, obtained by CNN on Friday …

In the past few years, Doyle wrote, the IMF received warnings "well in advance" about the crises in the Eurozone and the global financial system, but that such warnings were "suppressed" and that the lack of IMF response constituted "a failing of the first order."

Doyle is not the first to claim that the IMF missed the signs of an impending financial catastrophe before the 2008 meltdown. An internal report at the Fund reached much the same conclusion last year, pointing out that in August 2007 the IMF higher-ups pronounced the global economic outlook "very favorable."

Doyle also criticized the leadership of the IMF for being Eurocentric, pointing out that the head of the IMF always seemed to be a European, which leads to a "pro-European bias." He called the process "fundamentally illegitimate."

Doyle said that the managing directors of the past decade have been "disastrous," possibly a reference to former managing director Dominique Strauss-Kahn, who resigned last year following charges that he sexually assaulted a hotel maid. The charges against Strauss-Kahn were ultimately dropped.

Doyle wants us to take him at his word. But a more cynical view is that those at the top of the IMF were purposefully inactive. In other words, IMF lack of action was a policy measure.

It is simply unrealistic to believe that someone in Doyle's position is not aware that many sought the crisis that has now developed. He is leaving out the REAL – and stated – reason as to why this crisis erupted and why it has continued.

One can actually see various forms of centralization being put into practice as the crisis prolongs itself. On a steady basis come statements and actions designed to recognize the EU as an heir to Charlemagne's empire – politically as well as economically.

The trouble, of course, is that this greater union is being built on a policy known as "austerity" that has caused economic difficulties and massive protests throughout Southern Europe.

It is probably not an exaggeration to say that the "greater union" is being built at the expense of blood and suffering of millions. If those such as Doyle begin to sense that the posture of the West's most powerful globalist facilities is becoming unsupportable, then expect more such "resignations" as Doyle's.

It is not possible at this juncture to claim with any certainty why Doyle did what he did. But we've long argued that information technology is making it increasingly impossible for the current "global conspiracy" to continue to progress without considerable pushback.

The power elite conspiracy to build world government has been widely explored on the Internet at this point and, as it needed secrecy to continue to progress, we've often questioned how it will now advance.

The Internet allows individuals such as Doyle a voice that they did not have previously. If, indeed, the financial and economic scapegoating that now seems to be rising becomes a full-fledged trend – a dominant social theme of sorts – then look for plenty more Peter Doyles.