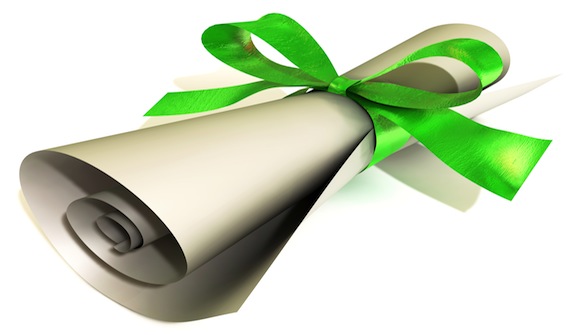 EDITORIAL
What Wall Street Is Planning, and Why
By Anthony Wile - September 28, 2013

A recent Bloomberg article states, "Americans in Poll Doubt Economy Rebound." I tweeted about this recently, pointing out the article, because it showed the disconnect between the stock market and what is happening "on the ground."

Millions of investors miss out on stock market rebounds until it is too late. The market climbs a proverbial "wall of worry" and over the past half-decade you'd find few in the mainstream media with a kind word for stocks or their prospects. In this editorial, I will return to an analysis of the bigger picture when it comes to how markets are manipulated via money flows and what we call dominant social themes.

Right now, with a government shutdown looming and various politicians making references to pre-war Nazi Germany and even the Civil War, we could be in for some near-term volatility when it comes to investments and markets. But long-term, trends remain much as they have been.

Western central bankers are in a box of their own making. They cannot reduce their money printing programs very much for fear of higher interest rates that will hurt economies and make current sovereign debt unsupportable. Therefore, one way or another, current conditions will remain in force, at least somewhat. So long as price inflation does not surge entirely out of control, it is apt to drive markets higher over time.

This is not an analysis that is being generally shared with the public at large. Most people have no idea of how money flows and investment cycles interact. It's not something Wall Street ever wants to discuss. While what is ahead of us may be inflationary, most people are still focused on previous disasters. They have taken their losses and removed their investments.

Here's confirmation in a Pew Research study from a few months ago.

Economic recovery favors the more-affluent who own stocks. The surge in the stock market this year – restoring much of the wealth that had been lost during the financial meltdown that struck in 2007 – has masked the unevenness of the recovery among Americans since 2009.

A Federal Reserve board analysis this week spelled out the reason: stock market wealth is held by a relatively small number of the most-affluent and, as a result, "most families have recovered much less than the average amount."

This factor is also made clear in Pew Research Center surveys and analyses that show which Americans do or don't own stocks, and how this dividing line has widened the wealth gap in the period since the recovery began to take hold in 2009.

A Pew Research survey found that 53% of Americans say they have no money at all invested in the stock market, including retirement accounts.

Too bad for those who, quite understandably, removed investments. The market in aggregate has doubled in value since its low after the start of the financial crisis. For most people this upward momentum was an academic event, as they took their losses and got out. There are few who can withstand the psychological pressure of watching the value of their assets erode by a third or even a half.

You can't blame people for not staying in asset classes that are taking a beating. Most people in the US and, in fact, throughout the West live virtually paycheck to paycheck and losing even a little wealth is a terrifying possibility.

Beyond this, most do not understand the differences between economic progress and investment profits. For most, economic conditions define potential stock market profits. Nothing could be further from the case but that is what people have been taught to believe.

Academic studies tell us a different story. Almost all the profit comes from being in the right asset class at the right time. This can be coordinated by understanding the business cycle. Unfortunately, Wall Street and its vested interests will quote John Maynard Keynes a thousand times before they will whisper a word about monetary inflation and how it drives asset classes.

It is free-market economics that tells us the truth about how the modern investment world works and its driving force, central banking. There are about 150 central banks in the world, up from about five at the beginning of the 20th century. And the policies of these banks are coordinated by the Bank for International Settlements out of Switzerland.

The world has embarked on a great fiat-money experiment in which monopoly central banking circulates vast amounts of currency during good times and bad. It is the currency itself that drives modern corporate profits and thus their perceived value in the marketplace.

When there is a great deal of money circulating at high velocity in the economy, then stocks go up. When a crash has occurred and capital circulates slowly and timidly, then the perceived value of various kinds of securities may plummet. The asset classes in this formulation are driven by the quantity and velocity of money in the system.

People are aware of this only dimly. Most still do not understand the dreadful simplicity of the modern money system and how assets inflate and deflate. Adding to the confusion is Wall Street's propensity for focusing on individual instruments in the good times – active management – and the steady drumbeat of announcements about "best performers" during equity-positive portions of the business cycle.

Americans are losing faith in the nation's economic recovery even as forecasters expect growth to accelerate, according to a Bloomberg National Poll.

Fewer people anticipate improvement in the economy's strength over the next year than in the last survey in June, with 27 percent saying the expansion will be more robust, down from 39 percent who expected improvement three months earlier.

Poll respondents are less optimistic about the job market over the next year than they were in June. Forty-four percent of poll respondents say they expect the economy, which has expanded for nine consecutive quarters, to remain about the same, while 28 percent see it weakening.

The results of the Sept. 20-23 poll reflect public impatience with an economy that has grown at an average rate of 2.1 percent since the recession's June 2009 end, a full percentage point below the 50-year average, according to data compiled by Bloomberg. Growth will slip to 1.60 percent this year, according to the median forecast in a Bloomberg survey of economists, before rebounding to 2.65 percent growth next year.

This economic snapshot encapsulates what I've been pointing out in recent editorials. People have been promoted on the idea that a surging economy drives stocks and if they are doubtful about the economy, they will likely not commit funds to equity opportunities.

In fact, modern markets move in ways that are almost opposite to this common understanding. When markets have lapsed, central bank money printing runs hard. Banks are flooded with "liquidity" and inevitably this finds its way into Western stock markets, pushing them back up.

Much of the rebound in markets takes place soon after loss-making because central banks print so much money. The linkage that would ordinarily exist between a growing economy and stock market progress has thus been severed. People are probably right to see slow growth or no growth in economies for the foreseeable future. But what people don't understand is the lengths to which bankers and brokers will go to move stocks higher once again.

For reasons I've already stated – and these reasons will be available in detail to those who participate with us in utilizing my VESTS model to identify various investment opportunities – there is going to be another leg to current stock performance. We can see this coming due to legislative items like the JOBS Act that is preparing the groundwork for a massive IPO explosion.

Additionally, for all the talk about "tapering," central banks are not likely to do anything that will crush equities at a time when unemployment continues to rise throughout the West, threatening not just increased poverty but also significant violence. When people have little food and no hope, they have nothing left to lose.

These are perilous times. The powers-that-be are not going to let economies and markets further unravel if they can help it. Instead, via various legislative and regulatory moves, they are planning a new "Wall Street Party."

The trouble is, as this Bloomberg article points out, most people won't get involved until it is too late. The average investor is always, unfortunately, the last one in and the last one out.

This time, thanks to the Internet Reformation, we have the ability to understand what Wall Street has in mind. We've already analyzed the larger promotion that's underway and over the next year or so, we'll spend our time examining the various dominant social themes that bankers and brokers have in mind flogging as markets continue to build.

No doubt there will be setbacks and difficulties. But perilous economic times make it almost inevitable that those who control money flows will do everything in their power to continue to inflate markets once again.

If I'm correct, the markets have a long way to go. The surge won't be steady or inevitable, but it will be a determined one. And those who "get it" now are a great deal more likely to profit than those who are oblivious to these larger trends.

These are just the sort of issues we shall be discussing at our upcoming Canadian conference in Cape Breton, Nova Scotia, from October 16th through 20th, which I've already mentioned in previous articles. We have secured a beautiful resort in an exclusive setting and are opening the doors to an absolute maximum of 100 people.

Because of the extremely confidential nature of this opportunity, we have reserved the entire Keltic Lodge resort to ensure utmost privacy, and most of the 100 seats are already spoken for. Many are filled by financial money managers, bankers, asset managers, leading free-market thinkers and senior executives who understand the importance of what is now occurring.

The rest of the audience includes accredited investors who have acted quickly to secure remaining seats – and as indicated, most are already gone, given the importance of the event. On arrival, participants will receive a very special report shedding light on the grand, elite promotion now being planned. It will explain the structured mechanism we've built to take advantage of this moment and the ways we are leveraging this opportunity.

If you have the time and resources to attend, I would truly urge you to make a reservation while there is still space. No one else is approaching issues such as global warming from a free-market investing standpoint. No other group has our record when it comes to accuracy and forecasting using our VESTS model. See you there!