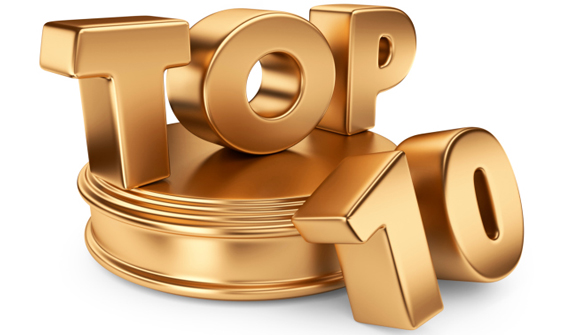 What a year it's been, marked mainly by increasing worldwide chaos, senseless wars and economic upheaval, all leading inevitably to increased "chaos" out of which shiny, new global government can be born – along with new, more global currencies.

The top elites – the ones we think control central banking and money creation – created an EU sovereign crisis, from what we can tell, and wasted the world's time this past year in intense and fruitless negotiations to "resolve it." There can be no resolution, of course, and that's just the point. The EU mess is to continue until every aspect of that pitiful union is further centralized and bureaucratized.

In the US, phony economic crises struck with increased urgency, one after the other, finally leading to the largest of all, the so-called Fiscal Cliff. The Cliff will be resolved, of course, leading to a round of self-congratulation covered by the bought-and-paid-for mainstream press.

And then, promptly, there will be another crisis. The United States is being brought down with one phony crisis after another. The idea apparently is to place the US in a position where it can merge economically with countries like Mexico and Brazil. In order for this to happen, the US economy has to be reduced, and that is well underway.

China is another country the top elites have apparently worked hard to position within the larger global order. After installing a Western-style financial system in China, that country's top apparatchiks revved up money printing and created a white-hot economy. How long this can be sustained is anybody's guess. But the idea is for China to continue to grow at an outlandish rate, driven by a furiously pumping central banking engine.

The West is benefited by China's "progress" not because of China's economic vitality so much as the creation of a Western counterweight, a new power that can be portrayed as a rival to the West, thus justifying further authoritarian measures in both countries. The goal, as ever, is further centralization leading to world government.

Let's look at some of 2013's trends. (Yes, there are more than are mentioned below, so please feel free to provide additional ones). The Daily Bell's main focus is on what we call dominant social themes, power elite promotions that seek to frighten middle classes into giving up power and wealth to globalist institutions. These will be alive and well in 2013.

What can we expect (in no particular order)?

China's economy will get still bigger and perhaps implode despite efforts to save it: We've dealt with China, above, but this is one of the biggest of all elite themes, that China is rising as the West is failing. The West needs enemies, just as China does. An expanding China suits both entities. Question: Can the white-hot Chinese economy be sustained for another year?

China will make threatening moves against the West and vice versa: The outlines of the next Cold War can be seen in the coverage of the Chinese economy and the insistence of the top ChiComs themselves on fighting over relatively small bits of island real estate in the Pacific. Question: Can enough serious provocations be unearthed to make China appear as a looming USSR threatening the West?

In Russia, Putin will continue to be vaguely adversarial to Western interests and military affairs. Like China, Russia is being "prepped" as an enemy of the West and leader Vladimir Putin is positioning himself as a "great leader" Russian-style representing Russia's interests against a corrupt West. Question: Given that Putin is really part of a Russian "Intel" Mafioso, how long can he keep up the charade?

The BRICS, including India and Brazil, will continue to limp along but will be portrayed as shining examples of capitalism. India and Brazil are being portrayed as engines of commerce but both are fairly dysfunctional corporate and political entities. Question: Can they sustain economic performance or will they lapse into the price inflation that is already threatening both economies?

The US economy will be portrayed as being healthier. Healthier than what? The US economy is a mess despite predictions of recovery. Debt and government spending are out of control and even if the economy does snap back a bit, the Fed will then be forced to raise interest rates because of the money that now sits on the sidelines. Question: How can a recovery be sustained when 1970s-style interest rates are in the offing?

US military dominance will be extended to South America once again under the guise of a renewed "war on drugs." The Pentagon and CIA are at it again, spreading personnel throughout South America to combat a non-existent war on drugs. Question: Will the average Latin American citizen go along with a renewed US takeover in light of what we call the Internet Reformation?

US Intel and associated IRS interests will increasingly attempt to enforce US rules and taxes worldwide. The power elite is using US tax policy to expand dominance over the world's banking system. This is taking place despite considerable pushback. Question: Will this effort continue and be imposed successfully or will it founder, as others have before?

Scarcity memes – especially regarding food and water – will be promoted. It is becoming increasingly obvious that the power elite intends to create various droughts and starvation throughout the world as a way of introducing chaos that can then be resolved via further authoritarian actions. Monsanto is at the "tip of the spear" in this regard. Question: Will the world's long-suffering populations in developing countries put up with it or will they begin to expose it?

Western wars will continue to be promoted under the guise of a "war on terror." Attacks on the Internet will continue. As we've covered regularly, the Middle East is being converted into an Islamic Crescent by covert Western wars that are creating Islamic governments. Thus, the "war on terror" is expanded – and terrorism will continue to be used as a meme to further attack the Internet and the alternative media that has evolved as a result. Question: Can the powers-that-be continue to support and expand the phony war on terror while reducing Internet freedoms – or will there be (eventually) significant "blowback"?

National Socialist policies and further authoritarianism will continue to be promoted throughout the West and especially within the EU. When one examines the globalist policies now being put into place, one is struck by various National Socialist elements. Nazi public banking (see Ellen Brown) and generally the creation of the Imperial State organizing and controlling corporate marketplaces are the order of the day. Question: Given the exposure of this emergent police state, especially in the US and the EU, will it be possible to expand this political structure without considerable resistance?

The larger question looms, of course: Shall the Internet Reformation itself (which we regularly track) undermine power elite advances or shall it subside as elite dominant social themes and false flags overwhelm it?

We'll keep covering this issue regularly and, as you can see, we've updated and expanded The Daily Bell Web site to make our coverage more effective and accessible.

I'm very proud of the work that's gone into the new site and the team that has made an ongoing commitment to produce what is surely one of the best and most professional Web sites of its kind.

By the time we're finished, The Daily Bell will be accessible in a number of languages; and our vision of a world where markets rather than governments are respected as the foundation of society will continue to be heard.

Hope you like our updated Web site. Happy New Year!