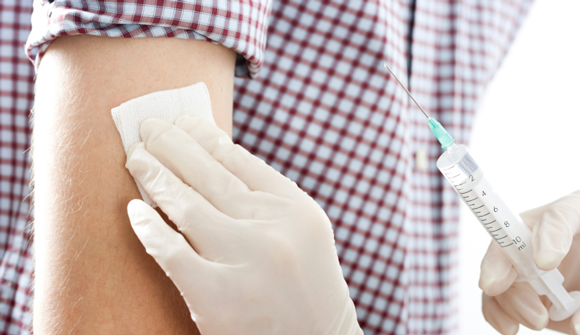 EDITORIAL
What's the REAL Story About the Flu Vaccine?
By Anthony Wile - December 01, 2012

We analyze memes here at The Daily Bell, the dominant social themes an evident and obvious power elite purvey to ensure that society keeps progressing toward what seems to be a goal of world government.

In this editorial I want to examine why the flu vaccine is probably not a great idea and why the mainstream media keeps on fraudulently peddling this meme. Because it IS fraudulent. There are plenty of reputable studies that show the "flu jab" is not only worthless but apparently harmful.

But articles like this one keep circulating because the powers-that-be want to maintain the idea in the public mind that vaccinations are usually necessary – and more and more of them.

What would wipe out the flu? Experts say more shots could sharply decrease outbreaks. Despite a decades-long public healthy campaign, just over 40% of Americans get the flu shots — a number that hasn't budged in years. But research suggests that if twice as many people get them annually, the flu could be all but eradicated.

Doctors and scientists say an 80% vaccination rate is the magic number for flu immunizations, that if reached could significantly reduce outbreaks – or even wipe out the virus entirely. Studies have shown that when the flu vaccination rate in a community hits or surpasses that threshold, flu cases have dropped off sharply or disappeared altogether.

That hope for more widespread vaccinations is driving National Influenza Vaccination Week, which begins Monday and is sponsored by the Centers for Disease Control. "When you get high levels of immunity, there's less transmission because the bug can't find the next susceptible person," says the CDC's Dr. Carolyn Bridges.

Health professionals, as a result, are increasingly encouraging people – especially the young and healthy – to get flu shots not just for the individual benefit of being less likely to get sick, but as an altruistic gesture to benefit society as a whole. See Investing in a better flu shot

"If enough people get vaccinated, you also protect the community," says William Schaffner, an infectious disease specialist and chair of the Vanderbilt Medical Center's department of preventive medicine in Nashville, Tenn. "I always like to put in a very personal way: You don't want to bring influenza home to your grandparents or to a young child."

The 80% effect is noteworthy: Studies of nursing home residents have shown that reaching that vaccination rate threshold significantly decreases flu outbreaks even in such a susceptible population. "If it were higher than that, it has even more of an effect," Schaffner says.

This little excerpt has many "tags" in it that we can identify as contributing to an elite meme … especially the necessity for public health officials to push vaccines on the widest number of people for their own good. We need to remember that assertions about efficacy are not necessarily reality.

Does the CDC Tell the Truth About Vaccines and Immunizations?

In other cases, we find that when double blind tests ARE conducted, the results do not support the idea that vaccines in general are as effective, or safe, as they are made out to be. This is especially noteworthy when it comes to the MarketWatch article we're analyzing today.

If you read the article in its entirety, you find that no study is presented to support the contention that flu shots suppress or otherwise provide the internal disease-fighting resources to resist the flu. Here's an excerpt from an article that appeared recently at Natural News and, in fact, tells us exactly the opposite.

University study: Flu vaccine effectiveness claims are wildly exaggerated … It is once again the season of influenza, and the push is on to "get your flu shot." But does this hallmark of Western medicine really provide the protection health experts claim it does? A recent study out of the University of Minnesota (UM) suggests not, having found that the two groups most at risk from developing serious complications from the flu, seniors and children, derive little or no benefit from getting flu shots.

Michael Osterholm from the UM Center for Infectious Disease Research and Policy analyzed more than 12,000 peer-reviewed studies, documents, transcripts, and notes dating back to the 1930s, and found that there was very little solid evidence that the flu shot provides any real protection for most people. As it turns out, those at highest risk of suffering from the flu are least likely to derive any benefit from flu shots, especially because flu strains are constantly morphing and becoming more virulent.

"We found that current influenza vaccine protection is substantially lower than for most routine recommended vaccines and is suboptimal," said Osterholm about the findings. "We believe the current influenza vaccine will continue to have a role in reducing influenza morbidity until more effective interventions are available, but we can no longer accept the status quo regarding vaccine research and development."

You see? How do we integrate these two positions? The MarketWatch article tells us that "experts" believe flu jabs are important in preserving our health. The research shows otherwise.

In fact, given the presence of mercury and other hazardous substances often contained in the formulas, vaccines might be considered dangerous. This has led to the controversy over whether or not a cocktail of vaccines actually promotes or causes autism, the syndrome in which a child's ability to communicate and socially interact shuts down and behavior is affected.

We've written about this for nearly half a decade now, ever since the Internet began to make the truth about vaccines available. There are many stories circulating on the Internet from parents who state that their children received a cocktail of vaccines and then quickly began to exhibit autistic behavior. Nonetheless, this firsthand testimony is essentially disregarded by medical "experts" who continue to deny the obvious.

This is surely a hallmark of elite memes purveyed in the elite media. The statements, disproved or not, are repeated over and over again as if mere repetition can somehow define the truth. These dominant social themes – and subdominant social themes – are then disseminated via think tanks, universities and the mainstream media, all of which are seemingly controlled at various choke points by those who are involved, one way or another, in the expansion of world government.

The MarketWatch article concludes as follows: "If those marketing messages aren't enough, some flu shot advocates may resort to scare tactics: 'If we have lots of people who are unvaccinated, that should put a chill through our spine because they're hazardous not just to ourselves but to their neighbors.' "

This is the old "herd immunity" argument that makes vaccines such a helpful tool for those who want to convince us of the eminence and effectiveness of big government healthcare.

In this case we have a "treatment" that needs to be distributed as widely as possible "to save lives." This is a perfect meme for those who spread the message that government force is not only acceptable but necessary.

In fact, the next step when it comes to vaccines will be for the state to mandate their use. Of course, this is already a de facto reality, as in many countries children are required to receive vaccines before they are allowed to attend school.

It would certainly seem that some vaccines are effective in some cases. But the evidence is that they are certainly not proven effective in ALL cases because vaccines do not always seem to be subject to rigorous research protocols. Additionally, a minority of the population suffers from horrible effects of vaccines, including autism.

You won't find any of this in the MarketWatch article. The studies referred to are never cited. There IS a recent study that shows flu jabs are not effective. And there is other evidence that vaccines generally are dangerous to a minority population and that for the most part they are not rigorously tested before dissemination.

I should add I am not coming out as a supporter of "double blind" tests. As rigorous as these may be, they cannot control for all factors in real life. Many drugs are subject to double blind tests and later withdrawn anyway because of vicious additional health impacts. (Although these are often referred to as "side effects," in reality they are simply additional effects that have not been publicized.)

The entire paradigm of Western medical health in which plants are turned into chemicals for patent purposes needs to be reexamined and publicly questioned. This is happening, in fact, whether or not the establishment participates. In the West, many millions, even tens of millions, seek treatments and healthcare support that circumvents mainstream allopathic medicine. For instance, acupuncture, homeopathy and naturopathy are becoming increasingly popular.

The important story when it comes to this MarketWatch article is the feedback that followed. I checked today and yesterday and could hardly find a positive note in response to the story. In this era of what we call the Internet Reformation, elite memes are continually challenged and there is little that can be done to stop the information already disseminated. That's the REAL story.