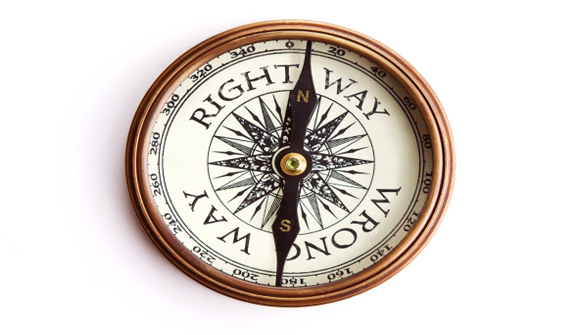 Because of the Internet's success, numerous attempts have been made to weaken it and make it less of a problem for the power elite that it is inconveniencing and exposing.

This is surely what the power elite fears today, even though many on the Internet writing for the alternative media maintain that the top elites are implacable and even all-powerful in certain ways.

Our position has never been that this is the case. For a decade now we've been spreading the word about how the Internet and the information it offers will continue to change the power equation between those want to run the world and those who are their targets (us).

Granted, the wars, economic chaos and regulatory authority wielded by the elites are fairly imposing – and discouraging. But even within the context of so much organized chaos, we can discern various victories of all sorts.

We've often made the point that it is hard to control new technologies and that they tend to be exploited to the maximum simply as a matter of instinct. You might say humans are "programmed" to maximize the latest available technology. In any event, the anti-Internet crowd is having a rough go of it recently when it comes to formal measures that would retard 'Net expression.

The most recent news comes from Europe where the Anti-Counterfeiting Trade Agreement (ACTA) was defeated by the European Parliament. Supporters maintained ACTA was merely intended to standardize copyright penalties throughout the West (and beyond). Those who opposed the treaty were able to make the case successfully that the potential for censorship and snooping outweighed what proponents characterized as benefits.

The bill did not simply fail by a little bit. It was overwhelmingly defeated because of opposition. Street protests blazed throughout Europe along with email campaigns and high-profile media coverage. When the dust settled, the vote was 478 against to 39 in favor, with 165 abstentions.

The result probably spells the end of the EU's formal participation in a treaty it had supported and initially helped compose. While countries can still move forward on their own with the treaty, that's probably doubtful without EU participation.

ACTA took direct aim at the Internet and its content by seeking to standardize different national laws. Some of the activities that the bill would have allowed were fairly Draconian – allowing spying on Internet users by private companies that could then request that third parties be cut off from the Internet, without any legal process, for copyright violations.

The ACTA defeat comes on the heels of other legislative defeats – at least two of which have taken place in the United States. One was the Stop Online Piracy Act (SOPA) that was intended to fight online trafficking in various criminal manifestations. It was introduced by U.S. Representative Lamar S. Smith (R-TX) to expand the abilities of US law enforcement on several fronts.

One of the main provisions of SOPA was forbidding the use of copyrighted intellectual property on the Internet deemed illegal by various entertainment industry representatives. A number of methods of attacking the supposed illegality were suggested, including formal court orders. SOPA even included language attacking search engines. Penalties of up to five years in prison were contemplated. Library associations were especially disturbed by SOPA's copyright enforcement measures.

In response to PIPA and SOPA Google generated a petition drive in which seven million signatures were collected, boycotts of companies that supported the legislation were carried out and a rally was held in New York City. On January 18, 2012, such large websites as Wikipedia and Reddit and about 7,000 other smaller websites participated in a daylong blackout. Ultimately, Smith shelved SOPA – radical and punitive – and Senate Majority Leader Harry Reid indefinitely postponed consideration of the PIPA bill immediately following the protests.

Additional challenges remain, of course, and no doubt they will keep on coming. For instance, CISPA, the Cyber Intelligence Sharing and Protection Act, was introduced shortly thereafter as an amendment to the National Security Act of 1947. The House of "Representatives" passed the bill in April 2012 and it is pending in the Senate.

Yes, vigilance is certainly required to fend off additional Internet attacks, for surely some will no doubt seem successful. But as we have pointed out before, leading technologies have a way of continuing to be used regardless of legislation.

At a time when the Internet is surely under attack in numerous ways, it's important to recognize that there have been victories. Those who oppose the free flow of information (information that is surely undermining the progress of a "new world order") are not superhuman, nor even magical.

Perhaps they are even on the wrong side of history.

Censorship by itself doesn't work … But the internet is like a tree that is growing. The people will always have the last word – even if someone has a very weak, quiet voice. Such power will collapse because of a whisper. – Guardian, Ai Weiwei, April 2012