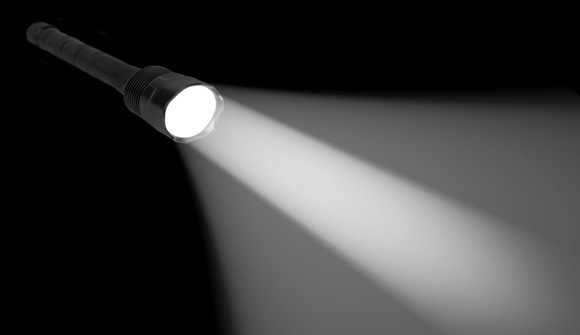 … One and a half years ago, Suliman, 42, re-set his watch to German time, having become disenchanted with Al-Jazeera. And it wasn't just because the broadcaster seemed less interested in reports from Europe. Rather, Suliman had the feeling that he was no longer being allowed to work as an independent journalist. – Der Spiegel

We can see from the above that a tone has been set. We referred to this in our article, "Reuters Article Promotes Middle East Directed History, Warns off Qatar?" about an unusual wire article that criticized Qatar and its media outlet, Al Jazeera, as well. This was odd, given Qatar's alliance with the West, specifically with the United States.

This tiny, wealthy country has been an ally of the US for decades. Top US officials have supported the hereditary emirate run by the Al Thani family since the mid-19th century. In 1995, Sheikh Hamad bin Khalifa Al Thani became Emir when he removed his father, Khalifa bin Hamad Al Thani, in a peaceful coup – one evidently and obviously supported by both Britain and the US.

Today, Qatar supports the US Central Command's Forward Headquarters and the Combined Air Operations Center. It was the jumping off point for the Iraq invasion in the early 2000s. It is a tiny country with just 250,000 native citizens but its influence is outsized because of its great oil and gas wealth and because of its intimate ties to Western elites.

It is Qatar troops, heavily armed by the US, that today serve as proxies in Libya – some 5,000, we've heard. And Qatar is heavily involved in stoking the US-supported "rebellion" in Syria, as well. Qatar is where a Taliban office is scheduled to be located, one that will provide a nexus for "peace" talks regarding Afghanistan. Qatar is hosting the 2022 FIFA World Cup and will hold its first national legislative elections in 2013.

Qatar owns and runs the international news service, Al Jazeera. The US was likely behind Qatar's move to build Al Jazeera initially, along with the British. When the network was launched, about 100 BBC reporters who had been on strike in Saudi Arabia reportedly resigned en masse and went to work for the fledgling operation. It was a Western-influenced network from the beginning.

The tiny kingdom of Qatar, then, is inextricably intermingled with British and US influence in the Middle East. Like the Arab Emirates, Qatar is a kind of test tube for Western and Islamic trends, a Western experiment in how to mingle the two cultures.

We can see the same process at work in Dubai, where that country's leaders are busily at work creating an economic system that is both Islamic and Western. As this evolution is continued, what works is gradually made available to the larger Arab world.

In truth, what's occurring is that top Western elites are creating, step by step, an amalgam of Western and Islamic cultural features that will eventually allow a seamless integration between East and West. This is apparently part of a larger one-world program that will facilitate the global government that is surely an elite goal.

But there is more to this program than economic integration. While such efforts proceed tirelessly, the so-called "war on terror" continues, necessary to reshape Western society just as Middle Eastern society is being reshaped.

The war on terror continually militarizes Western societies, allowing for draconian legislation that is stripping the West of thousands of years of hard-won understandings about how to build and maintain civil societies. East and West are both being manipulated in terms of societal evolution, presumably with the idea of an incremental merger.

But in the meantime, the war on terror continues and a certain level of hostility must be maintained. Perhaps this explains the confrontational tone that is now creeping into the Reuters articles. As much as Qatar serves the purposes of Western elites, so it also must be positioned as the "enemy," along with Al Jazeera itself.

There is nothing else that makes much sense. Qatar and its leading family serve Western interests and surely can be deposed at any point if such interests are unhappy. And yet … here we have an article in Der Spiegel, another bought-and-paid-for elite mouthpiece that bangs on at length about how Al Jazeera is diminishing as a Western-style news station and becoming a Qatari organ of royal propaganda.

The Der Spiegel article is quite definitive on this point. Here's more:

Suliman is not the only one who feels bitterly disappointed. The Arab TV network has recently suffered an exodus of prominent staff members. Reporters and anchors in cities like Paris, London, Moscow, Beirut and Cairo have left Al-Jazeera, despite what are seen as luxurious working conditions in centrally located offices. And despite the fact that the network is investing an estimated $500 million (EUR375 million) in the US, so as to reach even more viewers on the world's largest television market – one in which its biggest competitor, CNN, is at home.

Al-Jazeera has over 3,000 staff members and 65 correspondent offices worldwide – and viewers in some 50 million households throughout the Arab world. But it also has a problem: More than ever before, critics contend that the broadcaster is following a clear political agenda, and not adhering to the principles of journalistic independence.

Such accusations have been leveled against Western broadcasters as well, of course. But the charge would place Al-Jazeera on a par with Fox News – which pursues the agenda of conservative media mogul Rupert Murdoch in the US – rather than CNN.

Indeed, the Arab programming of Al-Jazeera – which means "the island" in Arabic – was launched in 1996 with a noble goal: It aimed to serve as an objective medium in a world of rigorous censorship.

The network broadcast messages from Osama bin Laden, prompting outraged criticism from the US, where it was referred to as a "terror network." At the same time, it was the only Arab medium that regularly invited Israeli politicians to debates. Its correspondents didn't hesitate to call former Iraqi President Saddam Hussein a "dictator" – and Egyptian ruler Hosni Mubarak a "wimp." What's more, the network's journalists reported on dissidents, including members of the Islamist Muslim Brotherhood, who were forced to rot in prison for years under Mubarak's regime. Such courage and informative journalism earned Al-Jazeera a number of awards.

Since the Arab Spring, though, many former dissidents have risen to power across the region – and these fledgling leaders often show little respect for democratic principles. Al-Jazeera, however, has shamelessly fawned upon the new rulers.

Today, when Egyptians protest against President Mohammad Morsi and the rule of the Muslim Brotherhood, Al-Jazeera is often critical of them, in the style of the old pro-government TV station. Conversely, according to ex-correspondent Suliman, Al-Jazeera executives have ordered that Morsi's decrees should be portrayed as pearls of wisdom. "Such a dictatorial approach would have been unthinkable before," he says. "In Egypt we have become the palace broadcaster for Morsi."

This is damning stuff, but perhaps I can offer an idea of what is going on behind the scenes. Al Jazeera has just purchased Al Gore's Current TV for some US$500 million. The failed news channel was earning horrible ratings but had nonetheless managed to penetrate some 40 million US households. Al Jazeera can build on this penetration and the Emir of Qatar intends to do just that.

Al Jazeera officials have reportedly advertised for over 150 staffers to fill ten new US bureaus. This state of affairs has captured the attention of the US's beleaguered journalistic community, which has barraged Al Jazeera with 8,000 job applications.

All of this is taking place with the active – or at least passive – approval of the US government. If Al Jazeera is growing more parochial and confrontational in its coverage, well … it doesn't seem as if anyone is too concerned from a legislative standpoint.

Perhaps a finer game is being played here. Al Jazeera is apparently in the early stages of being re-demonized. This has happened before. The Bush administration portrayed Al Jazeera as a mouthpiece for Arab interests, with George Bush at one time mumbling that he wanted to set Al Jazeera's corporate headquarters afire.

Those earlier attacks faded away but now seem to be reigniting. Is it possible that Al Jazeera's role in the US is going to be as a kind of Middle Eastern Pravda? The station will be allowed to broadcast in the US but the content of its broadcasts shall be anti-US and even anti-Israel.

Iran's Press TV was just further restricted in the US, as it has been in Britain. But Press TV often reports on "real news" stories that discomfit the Anglosphere's propaganda apparatus. What if a Middle Eastern news service could be introduced into the US that catered to Western stereotypes about the Middle East and yet behind the scenes was malleable?

What if, in other words, Western interests were able to introduce an anti-Western news service into the West that was controlled by them?

This fits in with the way top elites work, after all. Whether it is a social movement, a legislative effort or outright war, the top elites attempt to manage both ends so as to secure an outcome that is supportive of their goals and objectives (ever-closer world government).

This is currently the only explanation that makes real sense to me, though I may be missing something and am certainly open to other interpretations. When the USSR's Pravda newspaper was at its height, it was regularly compared unfavorably with US mainstream media. Of course, we know that US mainstream media is ever more tightly controlled but it certainly can be made to look less so when contrasted with a journalistic effort that is even worse.

This may be what is behind the current, growing demonization of Al Jazeera, a network controlled out of Qatar but entirely amenable to Western influence. If Al Jazeera is expanding in the US and evincing a more blind allegiance to Middle Eastern authorities, well … that's because Western officials have likely decided to tolerate or even encourage such a trend.

It could be that articles currently criticizing Al Jazeera are setting a framework for renewed media wars between East and West. If so, this should provide us with valuable insights into both the progress of the Middle East and the "war on terror" that is now being pursued there and in the West, as well. The Al Jazeera network itself may be obscured from a journalistic standpoint but the very act of that obscuring may shed light on the Middle East's larger reshaping.